70 generals are being prepared for retirement after meeting with military leaders.

By Sunnystyles (self meida writer) | 10 days

Chief of Defence Staff General Lucky Irabor met on Thursday with major-generals, Air Vice Marshals, and rear admirals who are members of the Regular Course 36 and senior to the new Chief of Army Staff, Major General Farouk Yahaya, to discuss the future of the military.

The meeting was called in order to tactically ease the retirement of no fewer than 70 major generals, AVMs, and rear admirals from the military service.

With the appointment of Yahaya, who is a member of Regular Course 37, President Muhammadu Buhari (retd.) bypassed 29 other top generals, a move that has sparked widespread outrage in recent weeks.

Irabor then instructed members of Course 36 to continue on to courses of their choosing and to cease reporting to their duty postings.

The letter, which was signed by Rear Admiral AB Adamu on behalf of the CDS, was written in English.

Ref A (NOTAL) under the cover of Ref B (NOTAL) authorised the commencement of annual leave in respect of Maj Gen JB Olawunmi (N/8795) and 28 others who are members of the 36RC in the NA,” the letter stated in part. We were told that the senior officers would be on annual leave from the first to the last week of June. In any case, I have been asked to invite all serving members of 36 RC in the AFN (Major General and equivalent) to a meeting with the CDS, which will take place as follows. The DHQ Conference Hall will open at 11 a.m. on Thursday, June 10th. 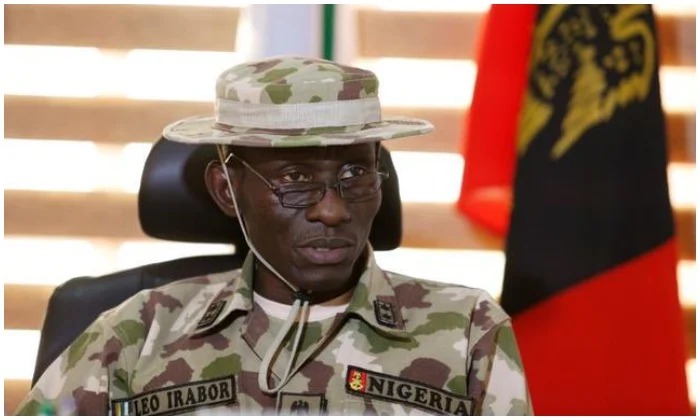 "Gen Irabor made it clear to everyone that, because all 36 members of the army who are senior to the current Chief of Army Staff are being eased out of their positions, it would be wrong to keep their course mates in other services," a general who spoke on the condition of anonymity told our correspondent.

"As a result, all air vice marshals in the air force and all rear admirals in the navy who are members of Course 36 have been impacted." They will not be permitted to report to their respective services or to DHQ in the future. The goal is to persuade everyone to resign without actually compelling them to do so. "

According to the source, some of the generals will attend courses at the National Institute of Policy and Strategic Studies, while others will enroll at the Administrative Staff College of Nigeria.

Upon being asked why the military was taking this move, the general responded, "The military currently has a tradition whereby when a new chief is appointed of any of the branches, all those who are senior to him, including those who are in other arms of the military, are eased." This was the method by which members of the Regular Course 35 were all eased out of their positions in February. "

The Pope is preparing to assist Nigeria in addressing insecurity.

We Are Dying, Why Are We Serving Nigeria? - Nigerian Policeman Says

Northerners are the Economic heart of Nigeria, we can stand alone - Northern Consensus Movement