By NigerianArmyHQ (self media writer) | 2 months ago 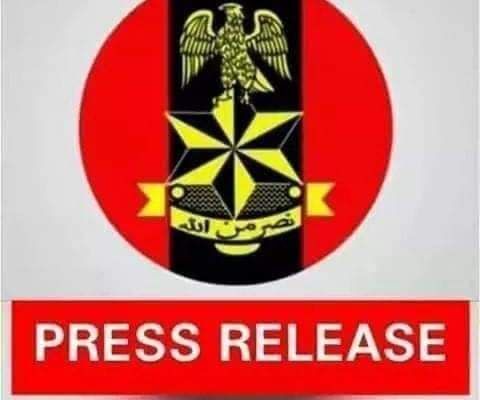 The gallant troops of 25 Task Force(TF) Brigade countered the attack by the terrorists who made spirited attempt to infiltrate the town. The criminals attacked the town in the early hours of this morning through multiple flanks with unconfirmed number of ISWAP foot soldiers on Gun Trucks. They were, however subdued by the overwhelming fire power of the vigilant troops.

In the following offensive, troops engaged the terrorists with high volume of fire, forcing them to withdraw in disarray. Though, the actual number of casualty could not be immediately ascertained as at the time of this release, however blood stains were reportedly seen on the terrorists' withdrawal routes.

This lastest operational feat, attests to the continuous combat readiness and troops renewed vigor to effectively deny these criminal elements freedom of action. Additionally, this clearly signifies the resolve of the good people of the North East who have chosen to take ownership of the ongoing counter insurgency operations by providing credible information on the cladestine activities of the criminals.

The Chief of Army Staff, Lieutenant General Faruk Yahaya salutes the gallantry displayed by troops, while urging them across all theatres of operations to sustain the current operational tempo.