The Best Police Special Ops in the World; The German GSG9

The German GSG9 is also called "GSG 9 der Bundespolizei" (Grenzschutzgruppe 9). (In English it is the "Border Protection Group 9 of the Federal Police"). The German GSG9 is the Special, elite tactical Unit of the German Federal Police (Bundespolitzei). The GSG9 has it's brothers who operates at the state level, that unit is called the "Special Deployment Commandos" (Spezialeinsatzkommandos).

In this article, We will looking at the origin, it's selection and Training. 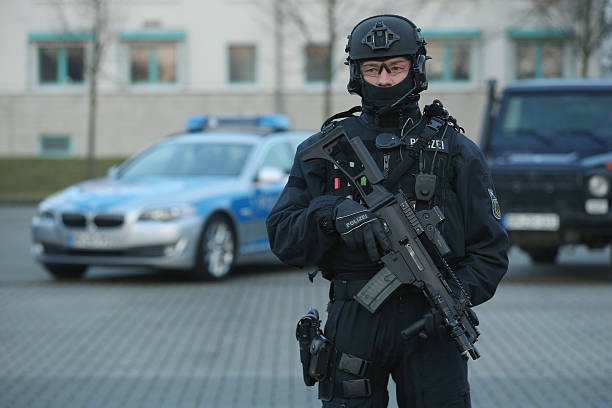 On September 5, 1972, A terrorist group called the "Black Spetember", infiltrated the summer Olympic games in Munich, and successfully kidnapped 11 athletes, killing two in the Olympic village in the athletes room. The incident increased when the German Police Force at that time, were not trained or even equipled in the for counter terrorism operations, and they had miscalculated the number of terrorist involved, thinking they were a smaller number, not knowing they were more than they anticipated. The Police attempted to rescue the athletes, but the police did not have a sniper team at that time. Although the Army had sniper teams, but the German Constitution strictly rejected the use of German Armed Forces on German Soil during Peacetime.

The rescue operation failed, and that led to the death of 1 policeman, 5 out of 8 kidnappers and all of the remaining hostages.

History of the GSG9 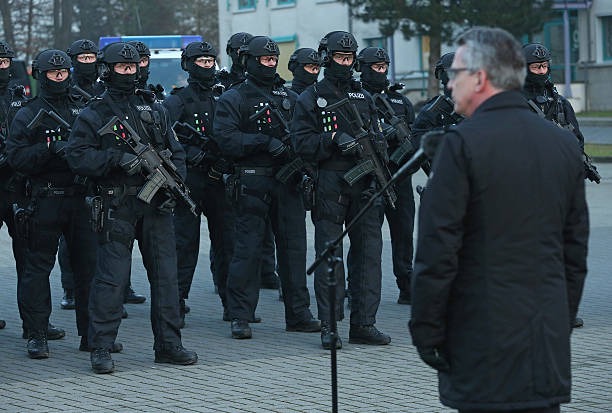 As a result of the mismanagement of the Kidnapping that had occurred in the past, the West German Government created the GSG9 under the leadership then "Oberstluetent Urich Wenger" so that similar situations that might happen in the future can be handled professionally and accurately. Many Politicians in Germany opposed the formation of this unit, due to the feeling that the GSG9 are similar and may follow the old ways of the "Nazi Party Schutzstaffel (SS)". The decision was taken to form this elite unit (GSG9) from the police force, as opposed from the military, like their counterparts in other countries, on the stand that German Federal Law strictly Forbids the use of military force against civilian population.

The special tactical Unit is composed of Police Personnel inorder to avoid the law that prohibits military force on home soil in peacetime. The special unit was officially established on 26 September, 1972, as a part of Germany's federal Police, the "Bundesgrenzschutz" (Federal Border Guard Service). It was renamed Bundespolizei or the Federal Police (in English) in 2005.

As of that time, the unit did use paramilitary nature, due to fact that they used military ranks (until about 1976), they also had the status of a combatant (until 1994) and could draw out conscript.

Other countries, anti terrorism units are formed according to the GSG9 model.

After changing the name from Bundesgrenzschutz to Bundespolitizie in 2005, the abbreviation, GSG-9 was accepted because of the fame unit. The official pronunciation of the GSG9 is the "GSG9 der Bundespolizei" (GSG9 BPOL or just GSG9) 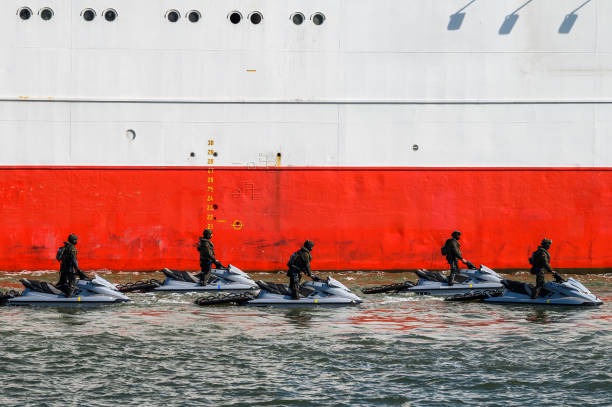 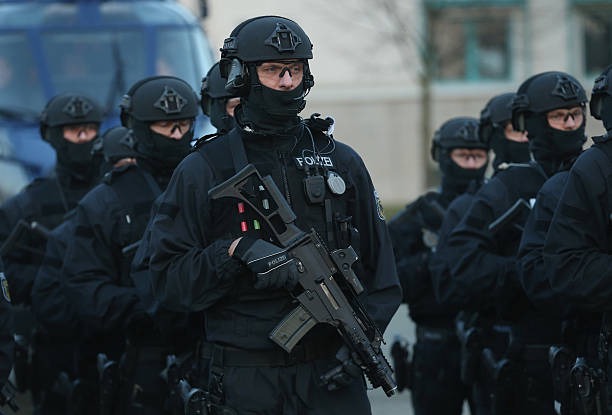 Officers of the Bundespolizei and other German Police below the age of 34 with at least 2 years of service can apply for the selection to become an officer in the GSG9.

Candidates for the GSG9 undergo 5 days of assessment inorder to be accepted into the training regime. The test includes medical tests, psychological assessments, marksmanship in the use of weapons, oral interviews and a physical test that may include; 100 meters sprint, Cooper test, standing long jump, a minimum of 10 pull ups, Bench Press, Agility test, an Obstacle course and a resistance test using vertigo. 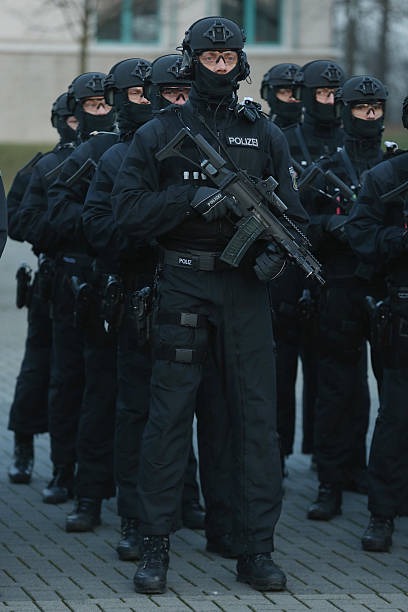 The following 4 to 5 month training periods includes basic and specialised training. During basic training, candidates are passed through vigorous training which prepares them for their tasks as GSG9 operators. They are trained in close quarters combat, marksmanship, land navigation, climbing, rapelling and basic field medical training. During the end of basic training, candidates are forced to demonstrate their skills in combat under stressful situations.

After completion of basic training, candidates are trained extensively in their areas of specializations which may include, parachuting, maritime operations, becoming a sniper or advanced marksmanship, advanced medical training or EOD skills.

After all that, GSG9 Operators are allowed to wear their GSG9 badges on their uniforms and are given the title of Police Officer for Special Purpose in accordance with their rank.

Make no mistake, GSG9 Operators continue to train until they are deployed on a mission. 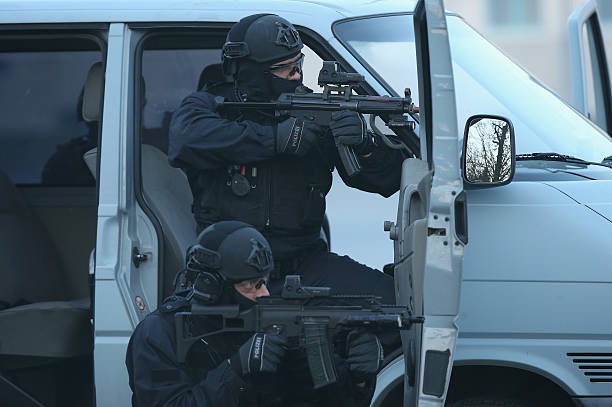 3 of the 4 units are specialised in the following fields;

Tasked mainly with police operations in Berlin and Urban Combat and Urban Assault.

This group maintains the GSG9 armoury and conducts testing, repairing and purchasing of weapons and ammunitions and explosives.

This unit handles basically everything communications, which includes the purchasing of communication equipments.

They deal with the administration of GSG9

Assistance and Training of Other Units 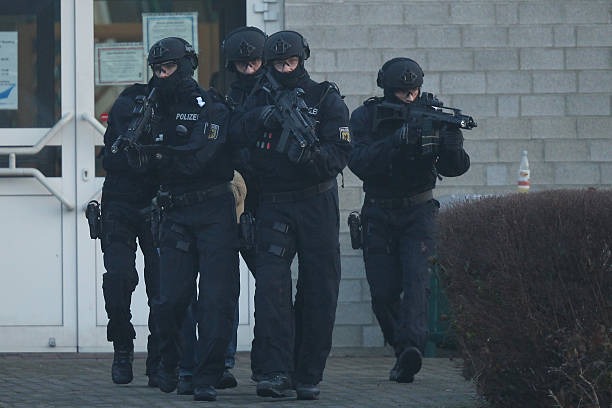 After the successful rescue operation of Lufthansa Flight 181, the GSG9 began to receive requests from different nations for training their special operations units respectively. GSG9 were also consulted among many other units for the creation of the US Army mpst deadly special Unit called the "Delta Force" (I will be explaining more on Delta Force in articles to come, stay tuned!)

The German GSG9 helped train and upgrade the "National Security Guards" which is the primary indian counter terrorism unit. 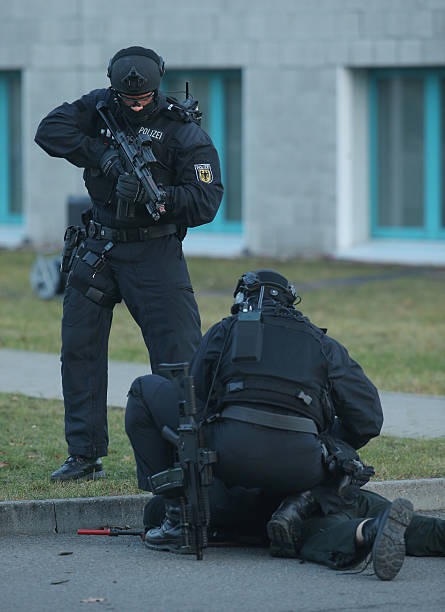 The German GSG9 are the best police special operation tactical Unit in the world. They are one of the most highly trained personnel who major in counter terrorism operations and if you ever want to join them then you must be part of the German Police Force, and must have 3 years of active service.

In my next Article, I will be exposing the missions these operators have conducted in real life

Follow me to read my previous articles on the military and share with your friends, so they can know more about the most elite police squad in the world