By Rukkyupdates (self media writer) | 2 months ago

Insecurity in Nigeria despite being tackled by security operatives seems to be increasing and becoming a big problem, which has resulted in the loss of lives and properties in Nigeria. It is factual that there is no geopolitical zone in Nigeria that is spared from particular insecurity challenges. At present, the security challenges we are facing across Nigeria are; Banditry, Kidnapping, ESN, Bokoharam/ISWAP, and Killer Herdsmen. 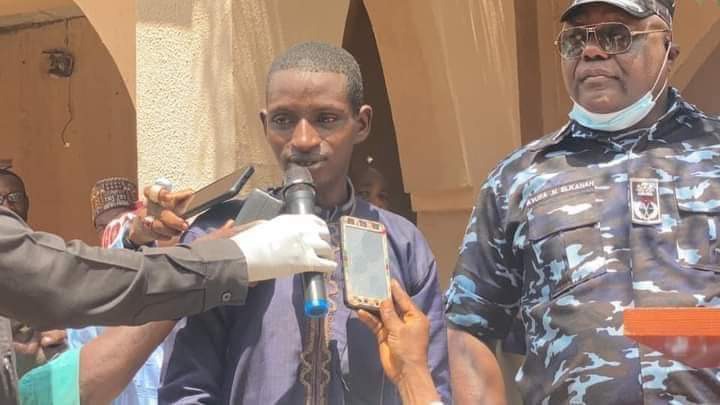 Predominantly in the Northern part of Nigeria, the insecurity problem they are facing is banditry and terrorism. Bandits have attacked critical infrastructures in the northwest geopolitical zone of Nigeria and killed scores of people. They have also kidnapped high-profile Nigerians for ransom. Some of these bandits have become warlords in the North, that they now have territorial control over communities that they taxed. Due to the brutal ways in which these bandits operate, they are feared by locals.

But luck ran out of one of the Notorious bandits in Zamfara State on Saturday named Bello Rugga, who was apprehended along with other bandits collaborators by the Nigerian Police. According to a report by Daily Nigerian, The Police Command in Zamfara paraded the notorious bandit leader, Bello Rugga who has been arrested in Gummi Local Government Area of the state and happens to be a commander to a wanted bandits gang leader, popularly known as Turji.

To understand why this is a victory against banditry in the North, Rugga was in charge of Gummi, Gidan Bita, Malanjara, and Kagara forest in Gummi LGA of the state and has coordinated series of attacks in the area that led to the unwarranted killings of innocent people and kidnapping of many others for ransom. The stiff measures taken by Zamfara State Government are yielding positive results. We pray to see an end to this security situation in the state and the country as a whole. This new arrest has shown Nigerians one important thing, which is that the stiff measures of closing markets, shutting down telecommunications sites and military onslaught on the bandits are yielding good results in the State.

However, one important question in which Nigerians are asking after police paraded Bello Rugga was that he looks thin despite the huge amount of ransom he had collected from the people in the past. This is a sign that cheating and forcefully taking of the wealth of people is bad and will never account to lawful collections of wealth, but a heavy burden on the person. People like Rugga don't get peace to spend the money they have amassed unlawfully.