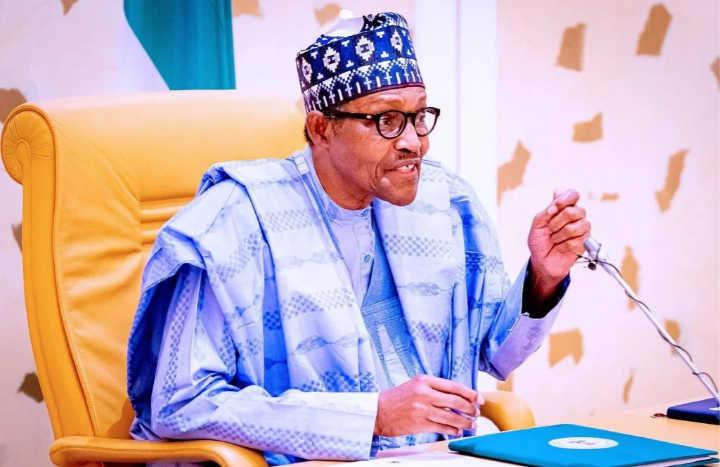 President Muhammadu Buhari has sent a tough warning to bandits, saying that “the clock of your ultimate destruction is ticking as you will no longer have a place to hide.”

Buhari said this while reacting to the killing of over 30 people in Goronyo in Sokoto State on Sunday by bandits. 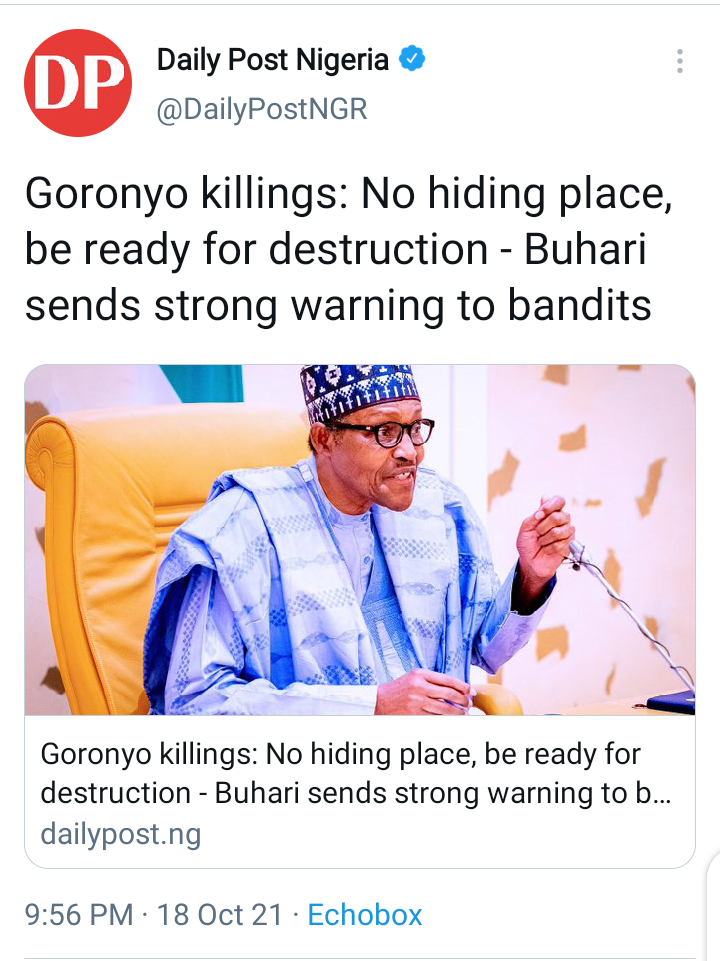 This was contained in a statement by Garba Shehu, the Senior Special Assistant to the President on Media and Publicity, on Monday.

President Buhari said that “the days of the bandits are indeed numbered because the military capabilities of our forces are being boosted by the acquisition and deployment of advanced equipment.”

Buhari sympathises with US President, Biden over death of Colin Powell

President Muhammadu Buhari has sent his deepest condolences to President Joe Biden, the government and the people of the United States, on the passing of the former Secretary of State, General Colin Powell.

This was contained in a statement by Garba Shehu, Senior Special Assistant to the President Media and Publicity, on Monday. 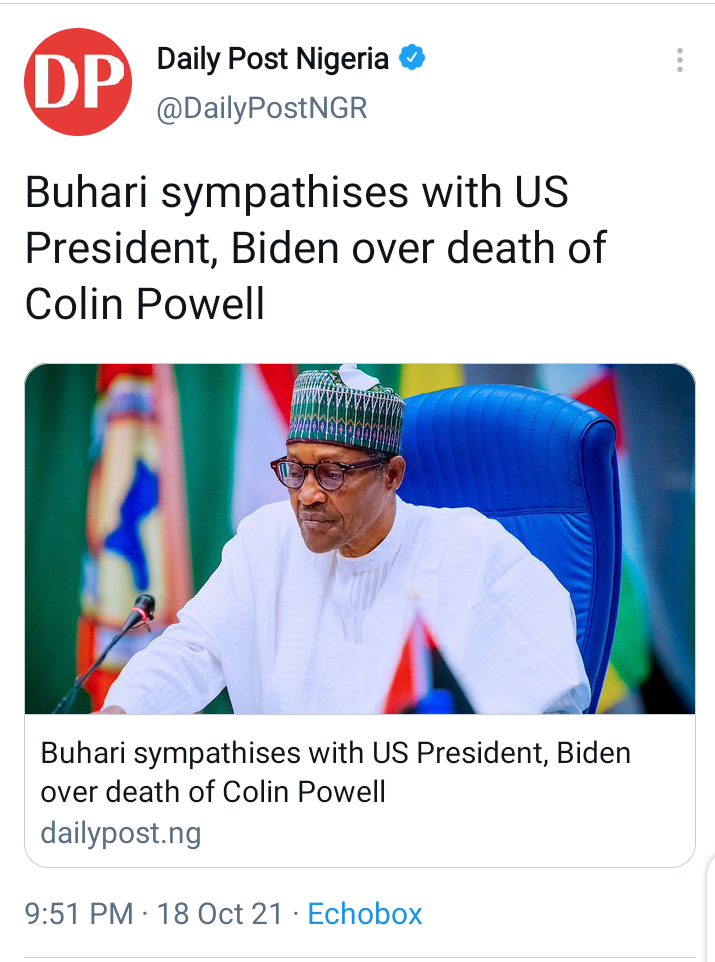 The Nigerian leader recounted that as U.S Secretary of State, Powell played a very important role in advancing his country’s foreign policy and national defence interests.

No fewer than one thousand farmers across five communities in Ekiti on Monday staged a protest against non-payment of compensation for their farmlands acquired by the state government.

The News Agency of Nigeria (NAN) reports that their farmlands were acquired for the ongoing construction of the agro-allied Cargo Airport. 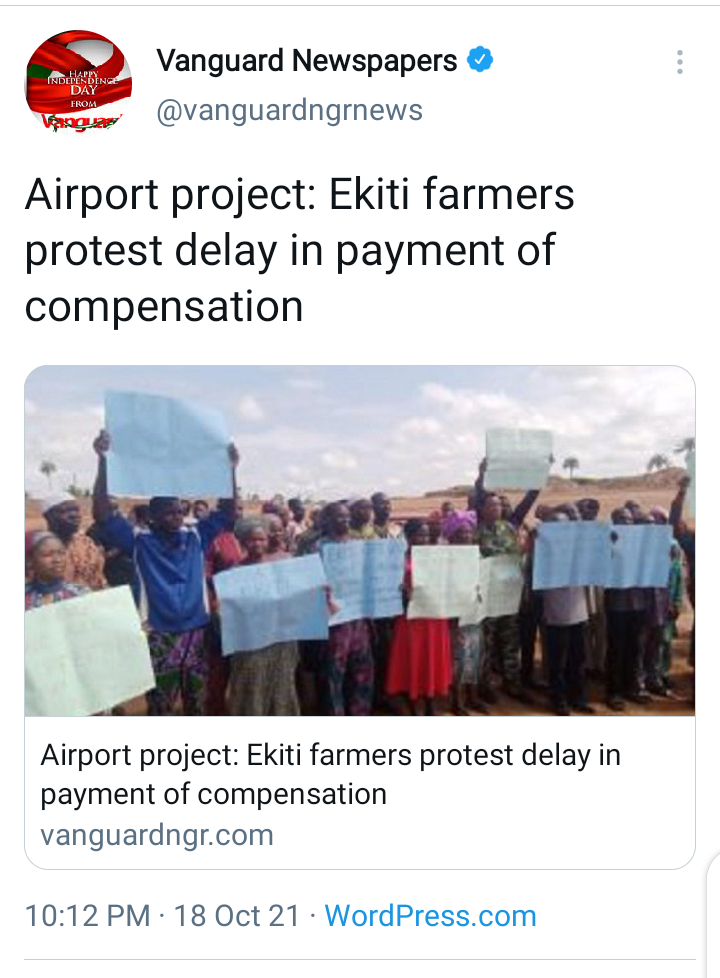 The farmers, who carried placards of various inscriptions, pleaded with Governor Kayode Fayemi to consider their plights and investment on their farmlands and as well pay them compensation as promised.

They are mostly aged and widows from Igbogun, Aso, Igbemo, Ijan and Orun Bolorunduro communities located on Ado-Ijan Road, in Ado Local Government area of the state, where the Airport project is located.

Former President Dr Goodluck Jonathan has paid tributes to former United States Secretary of State and chairman of the Joint Chiefs of Staff General Colin Powell who died on Monday at age of 84.

In a tribute Dr Jonathan personally signed, he described late Powell as a renowned United States public servant and a great leader who left solid and indelible footprints in the sands of time. 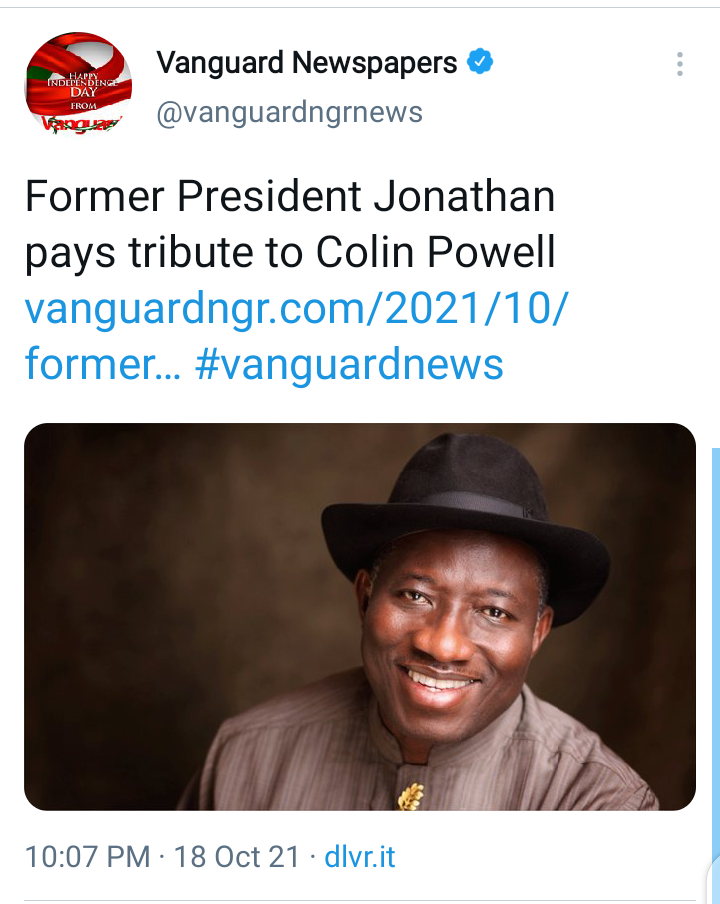 He also stated that his stellar military career paved the way for other African Americans to reach for the top, adding that he articulated a new paradigm for engaging in military action.

The former President further stated: “ Until the election of President Barack Obama in 2008, Colin Powel was the highest-ranking African American to have served in the public sector of the United States. In that capacity, he served as a beacon of hope and was a pride of the Black Race.