Authorities in the United Arab Emirates (UAE) have named six Nigerians with ties to Boko Haram as terrorist financiers. 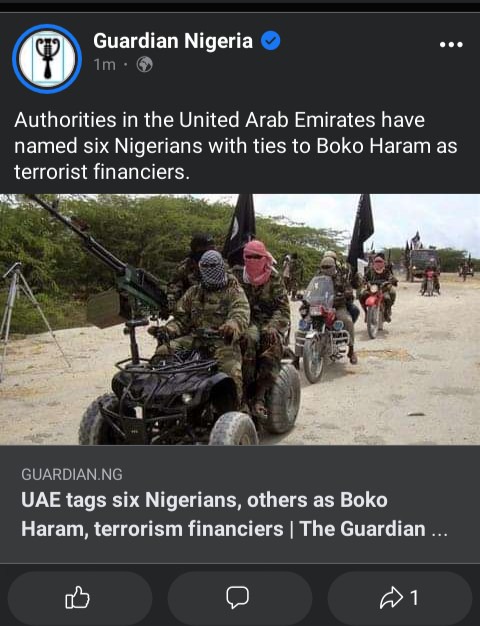 The UAE cabinet, on Monday, issued Resolution No 83 of 2021, designating 38 individuals and 15 entities as backers of the sect and other terrorist cause. 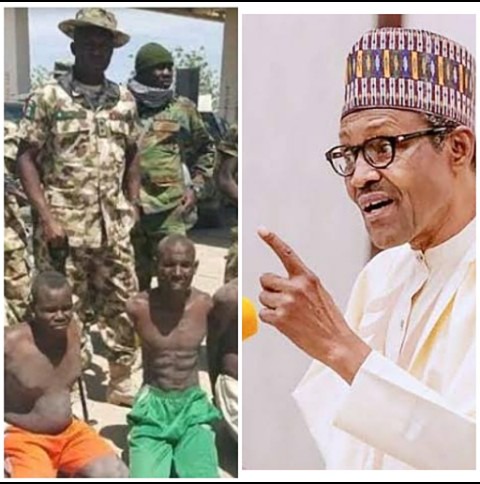 MEANWHILE, management of 9mobile has clarified that its Executive Director, Regulatory and Corporate Affairs, Abdulrahman Ado, is not the same as ‘Abdulrrahman’ Ado ‘Musa’ purportedly designated along with others by UAE as terror financiers.

The President, Major General Muhammadu Buhari (retd.), will take the final decision on the indictment of suspended former Head of the Intelligence Response Team, Abba Kyari, a Deputy Commissioner of Police. 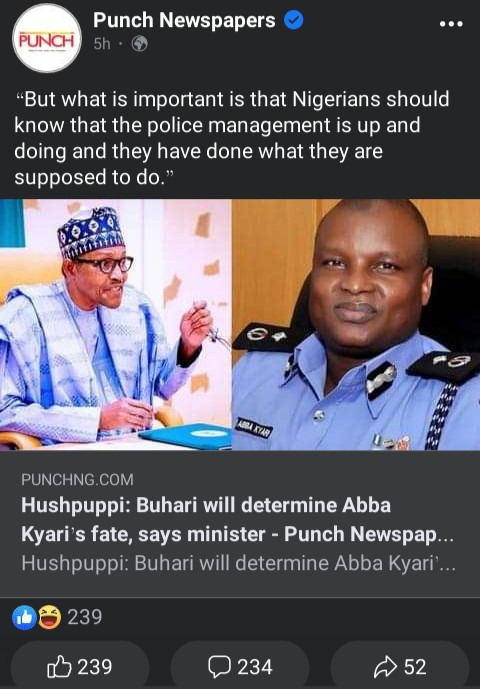 The Minister of Police Affair, Muhammad Maigari Dingyadi, made this known on Tuesday while featuring as a guest on Channels Television programme ‘Politics Today’.

He explained that after investigations had been concluded recommendations would be sent to the president for approval.

Benue State Governor, Samuel Ortom, has urged the Federal Government to extend its onslaught against bandits in the North West to the North Central geopolitical region. 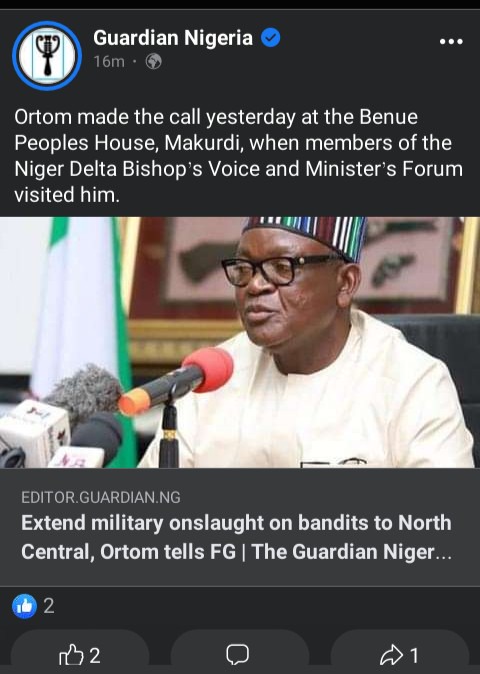 Ortom made the call yesterday at the Benue Peoples House, Makurdi, when members of the Niger Delta Bishop’s Voice and Minister’s Forum (NDBVAMF) visited him.

He stated that the raiding of bandits’ hideouts in Zamfara, one of the North West states, by security agents should be extended to the North Central to flush out the bandits for peace to return to the region.

The President, Major General Muhammadu Buhari (retd.), has asked the National Assembly to approve fresh external loans of $4.05bn and €710m for his regime. 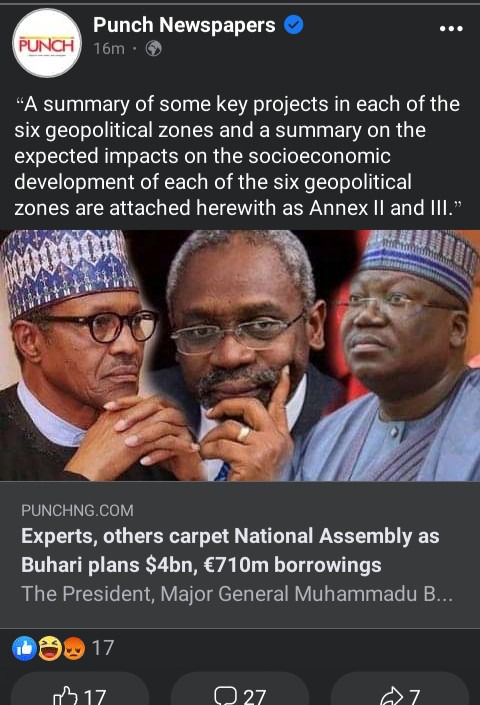 Experts and Civil Society Organisations who spoke to our correspondents faulted the process of approving loans for the current regime by the National Assembly.

Buhari is also seeking the nation’s legislature’s approval for grant components of $125m in the 2018-2020 external rolling borrowing plan.

STRONG indications emerged on Tuesday that a former governor of Ekiti State, Mr Ayo Fayose, is being prodded by some leaders in the Peoples Democratic Party, to join the race for the party’s national chairmanship. 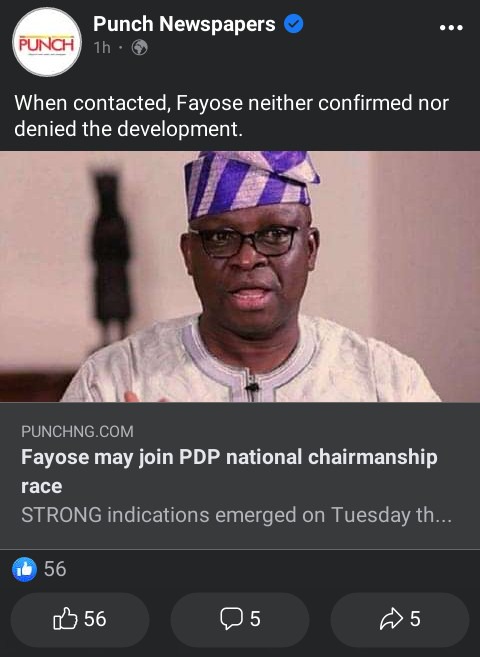 An aide to the governor who spoke on condition of anonymity stated that the party’s chieftains who are members of the northern caucus visited the Lagos residence of the ex-governor twice within two weeks to persuade him. He, however, didn’t give details about the matter.

The South-West PDP appears to be bracing up to produce the party’s national chairman which it hasn’t occupied since the establishment of the party.