By Toptrendsmedia (self media writer) | 9 months ago

Telecom in Zamfara shut down Over Insecurity 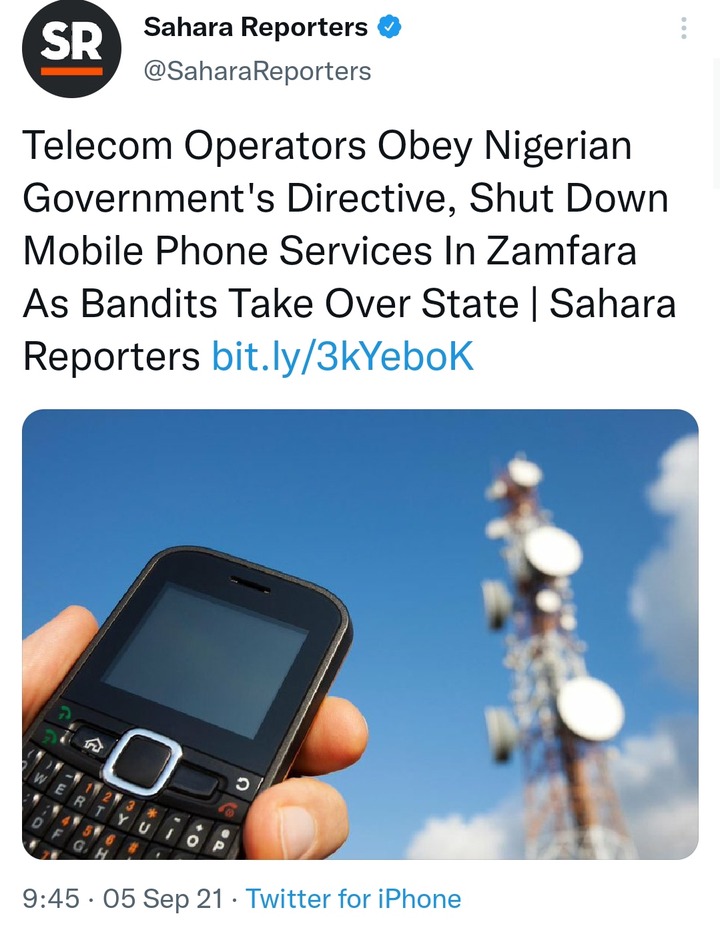 Base stations have been shut down by GSM operators in Zamfara following the recent directive of the Nigerian Communications Commission (NCC) that all telecom sites in the state should be suspended over rising insecurity.

SaharaReporters had on Friday reported how Umar Garba Danbatta, Executive Vice Chairman and Chief Executive Officer of the Nigerian Communications Commission in a letter to all telecom operators said the action was one of the strategies taken by security operatives in curbing banditry ravaging the state. 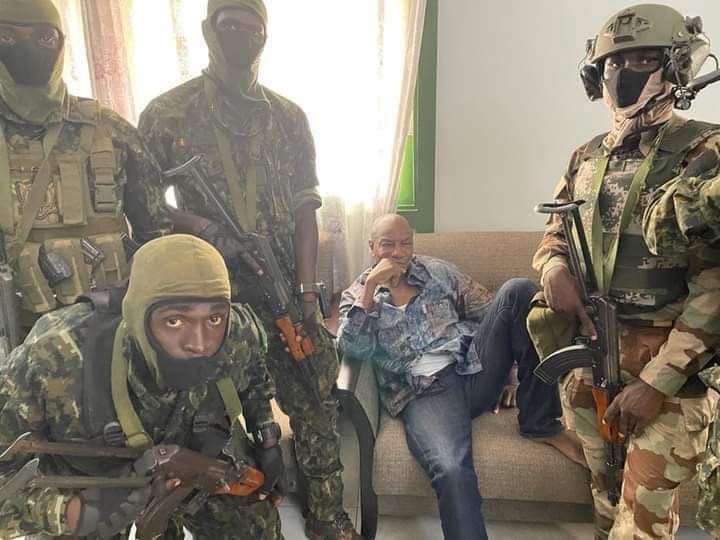 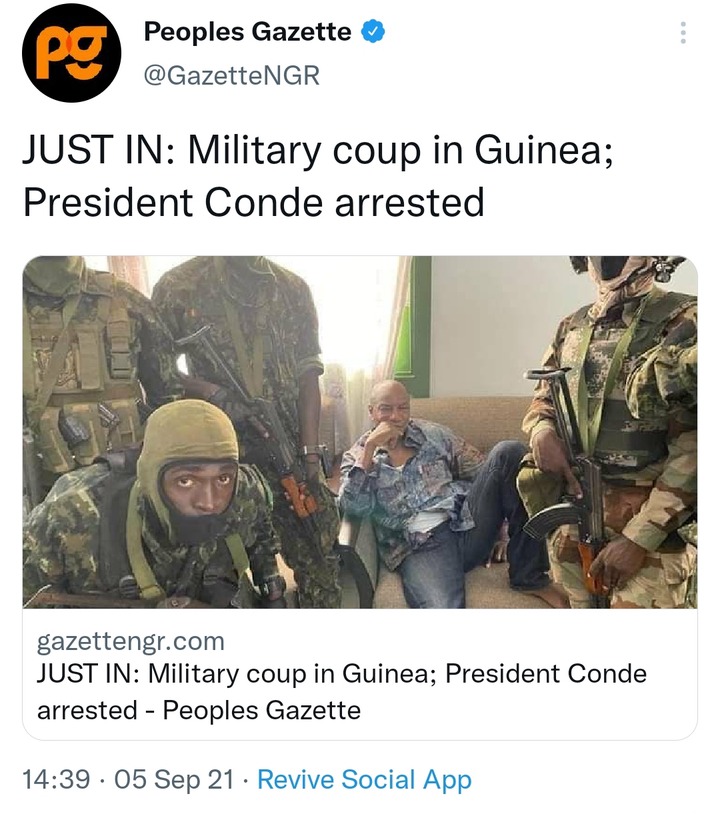 Guinea soldiers on Sunday said they have taken control of the government and suspended the Constitution, Peoples Gazette reports.

Colonel Mamady Doumbouya of the Guinea military said in a video recorded in the capital Conakry that the National Assembly has been dissolved.

A video has also circulated on social media showing President Alpha Conde being held by soldiers. He was subsequently shoved into a vehicle and driven away.

The development came after residents heard about two hours of heavy gunfire across the capital. 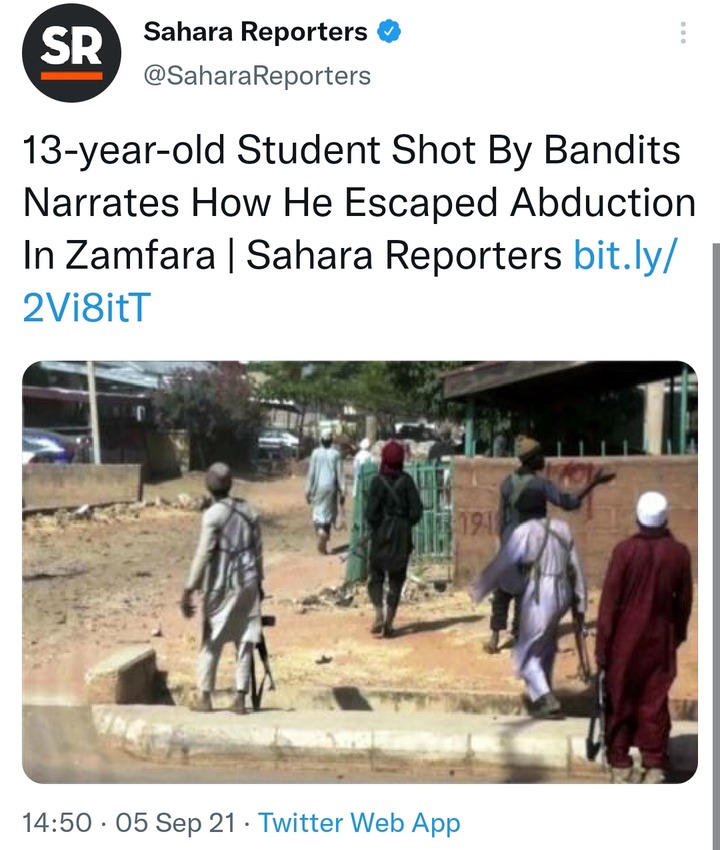 A student of Government Day Secondary School, Kaya, Samaila Dahiru, has narrated how he escaped abduction by bandits who attempted to kill his teacher.

The 13-year-old schoolboy had sustained a gunshot injury on his thigh during the abduction of 73 students from the school located in the Maradun local government area of Zamfara state, Cable reports.

Dahiru, who has now been discharged from the hospital said a fellow student carried him on his shoulder and fled into the bush. 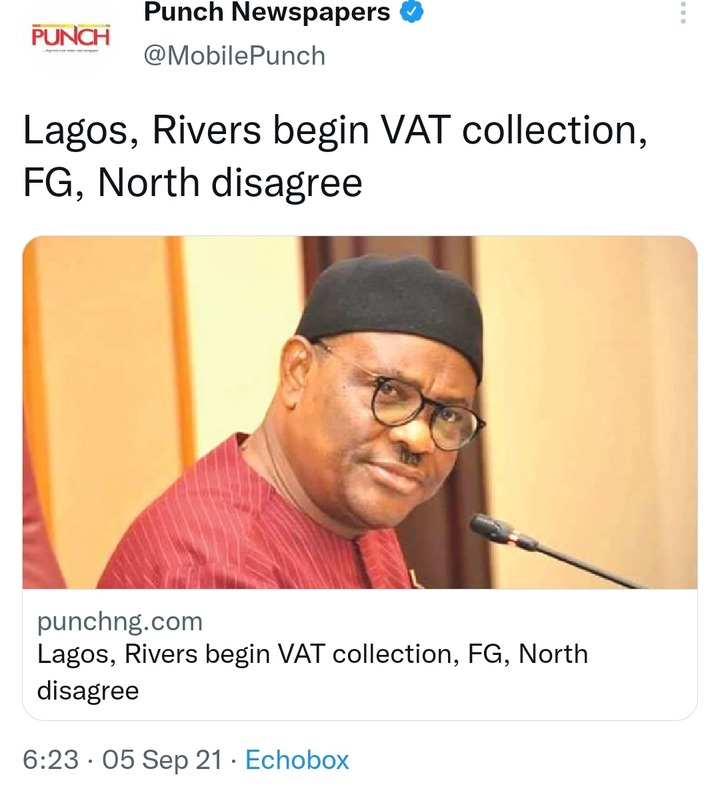 The governments of Lagos and Rivers states have expressed their readiness to begin the collection of Value Added Tax in accordance with the judgement of a Federal High Court in Port Harcourt, which ruled that states, and not the Federal Inland Revenue Service, should be collecting VAT and Personal Income Tax.

Already, the Rivers State Governor, Nyesom Wike, had signed into law the bill that empowers the state to collect VAT, while the Lagos State Government said it had already notified all the stakeholders involved in the payment and receipt of VAT of its resolve to enforce the judgement to the letter.

This is in spite of the opposition by the FIRS, which already filed an appeal against the judgment, and some northern states, who said they preferred the Federal Government to continue collecting the tax 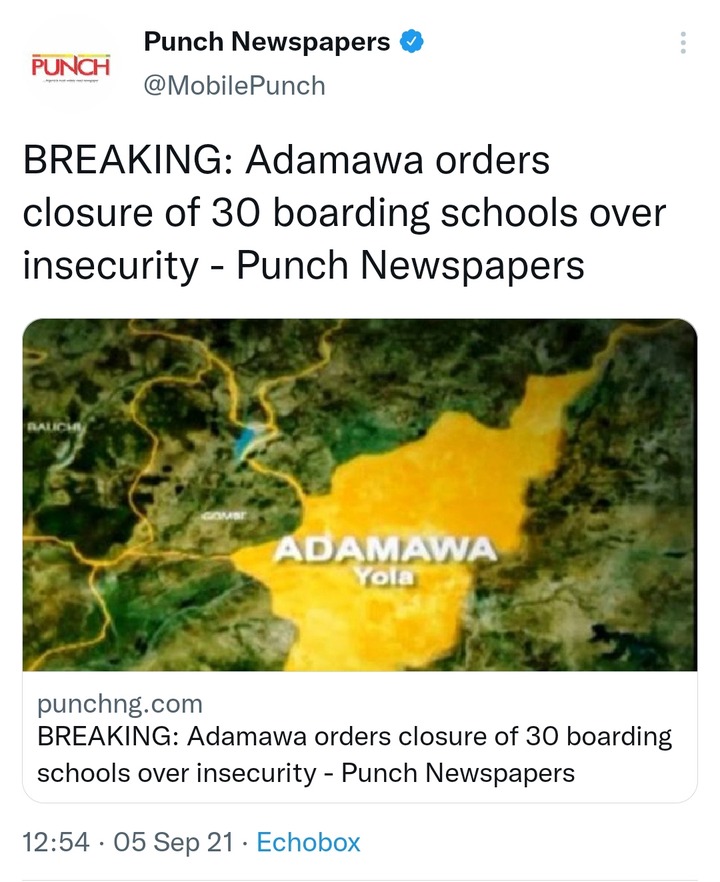 Adamawa Government has announced the closure of 30 boarding junior secondary schools in the state out of the 34 junior schools over insecurity.

The closure, according to a statement by the commissioner of education and human capital development, Mrs. Wilbina Jackson, is to take effect from September 6, 2021 till further notice.

The statement seen by our reporter said the move was a proactive measure to ensure the safety of students in view of the insecurity bedevilling the country.