By Omasphotos (self meida writer) | 11 days

"Terrorism in Nigeria Is Massively Complex"–UK 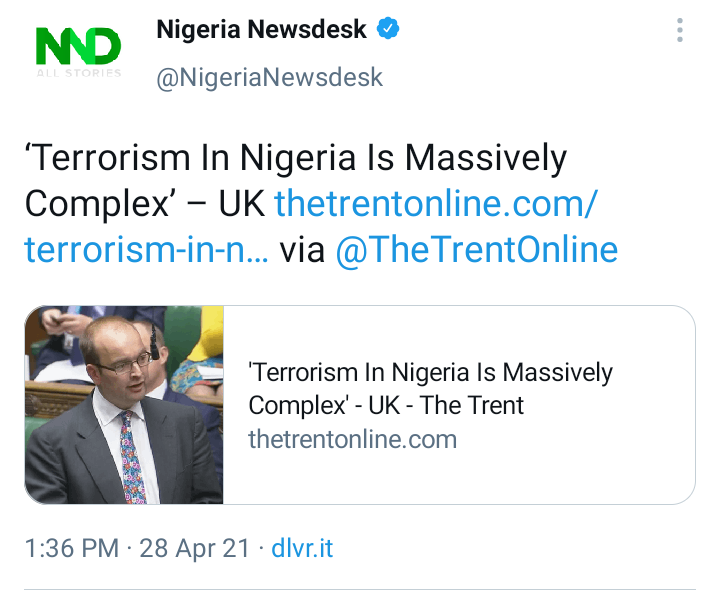 The disturbing trend of violence unleashed on Nigerians by the Boko Haram sect and affiliated groups, according to British Minister for Africa James Duddridge, is a complex problem that needs a variety of approaches to tackle.

Duddridge made the remarks while fielding questions from reporters after leading a delegation to pay a courtesy call on Foreign Affairs Minister Geoffrey Onyeama in Abuja yesterday.

He stated that the United Kingdom is a strong ally of Nigeria in its efforts to combat terrorism and insurgency. 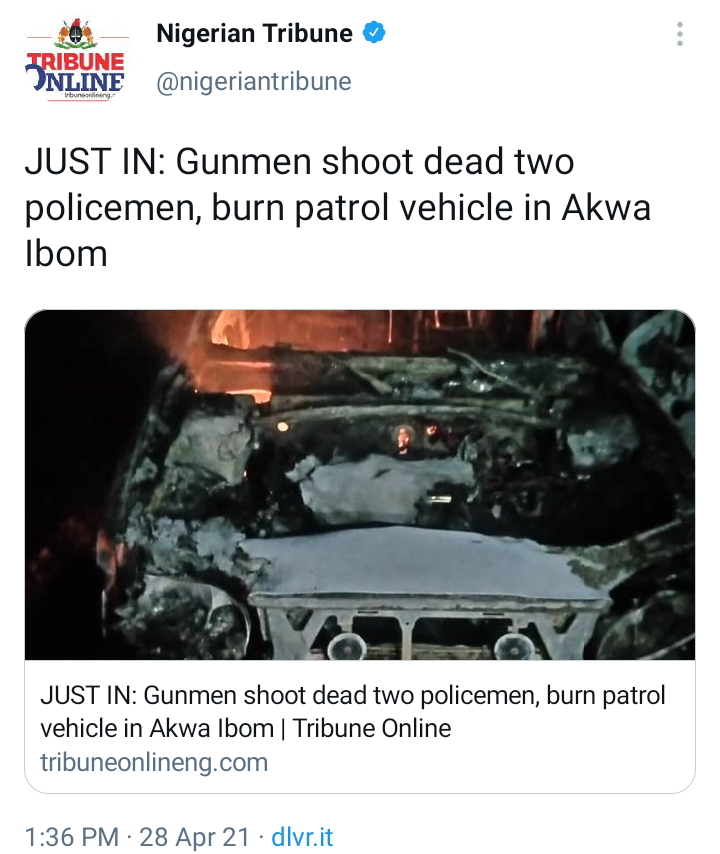 According to Tribune Online, the two police officers were shot dead, their patrol vehicle was destroyed, and their rifles were carted away by gunmen in Akwa Ibom state's Ika Local Government Area.

Mr Amiengheme Andrew, the state Commissioner of Police, and other top officers of the command were said to be on the scene of the incident for an on-the-spot assessment. 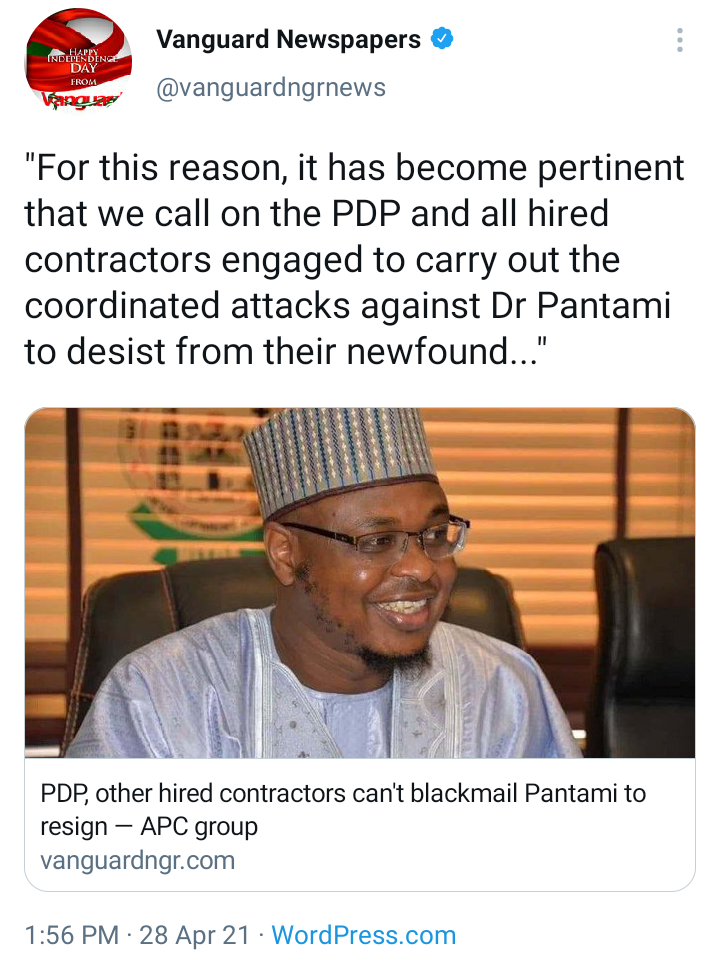 The ruling All Progressives Congress (APC) has asked President Muhammadu Buhari and Nigerians to ignore the Peoples Democratic Party (PDP) and other "hired contractors" calling for the sack of Minister of Communication and Digital Economy, Dr. Ibrahim Isa Ali Pantami, through the Progressives Professionals' Forum (PPF).

According to the forum, the opposition party and others cannot blackmail the minister into resigning because his views have changed significantly since he first expressed them. 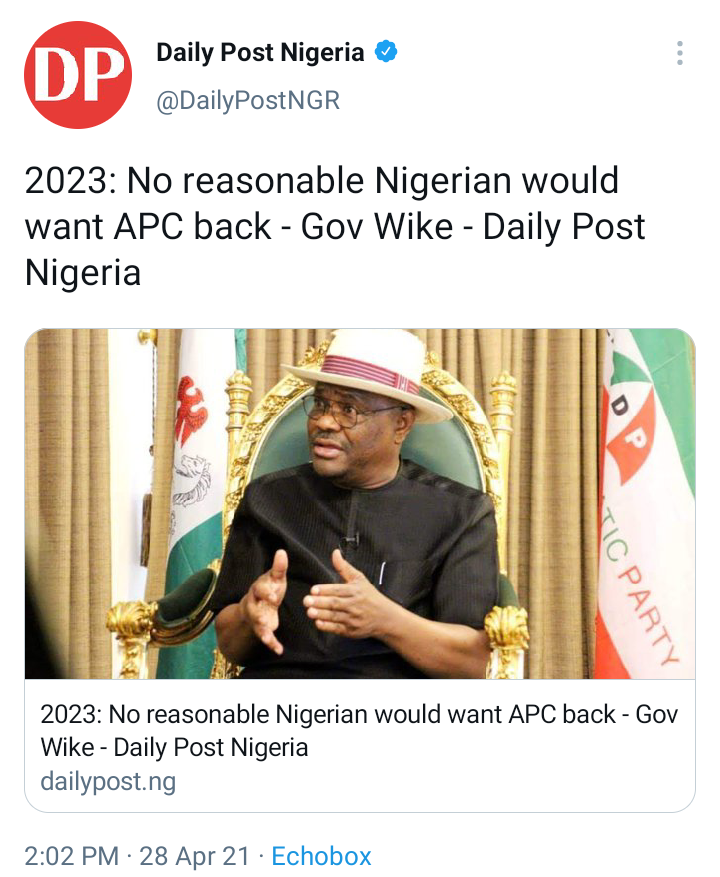 Rivers State Governor Nyelsom Wike has stated that due to the numerous challenges confronting the country and the current government's inability to address them, Nigerians will seek an alternative party in the 2023 general elections.

The Nigerian Electoral Act, according to Wike, needs to be changed in order to ensure a fully democratic election in the coming elections.

He, on the other hand, claimed that the All Progressives Congress, APC, is deliberately delaying the amendment in order to manipulate the elections. 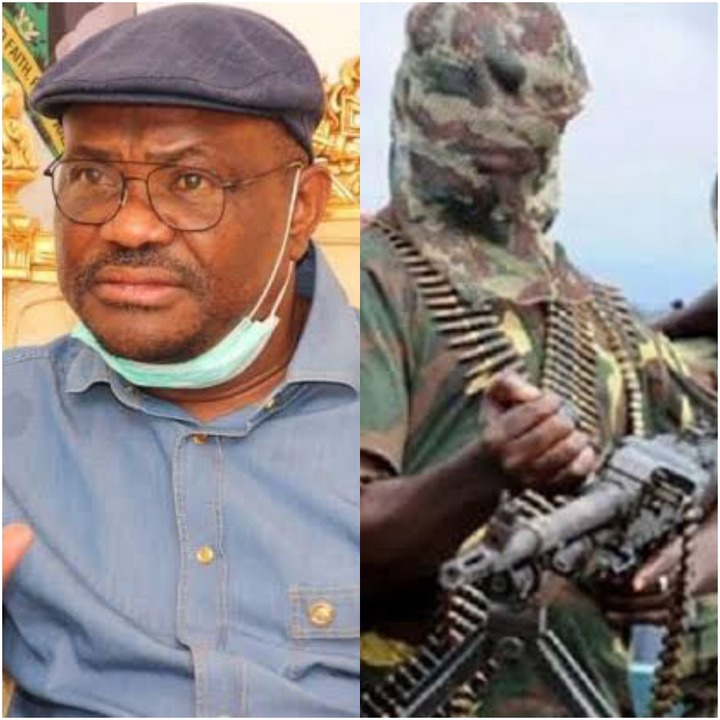