By Donzicky51 (self meida writer) | 1 months

Israel has carried out airstrikes on Gaza hours after rockets were fired from the territory towards Jerusalem.

This is coming at a time when the violence between the Israeli police and the Palestinians at the Al Aqsa Mosque compound is raging.

BBC News correspondent in Middle East, Tom Bateman said that no one could tell how the fire incident at the mosque began but news men believe that the entrance of Israeli police into the mosque may have triggered the violence which nine Palestinians have been reportedly killed. 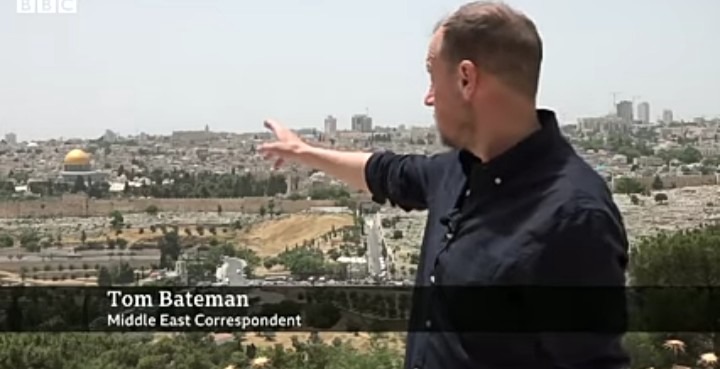 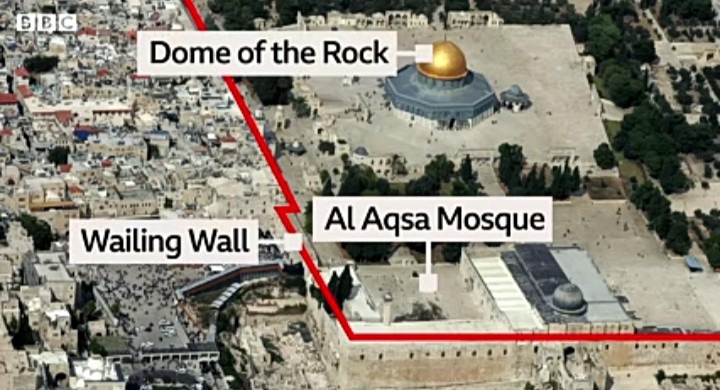 This unrest began early on Monday ahead of the planned Jewish Nationalist match and over three hundred Palestinians and twenty Israeli police officers have been injured since.

According to Israeli police, they said "thousand of Palestinians have barricaded themselves in the mosque overnight and were ready with stones and lots of cocktails in anticipation for the confrontation".

Another video which was released show moment an Israeli driver dashed into a group of Palestinians with his car after he came under attack.

The Israeli Prime Minister, Benjamin Natanyahu referred to the deadly incident as "Battle between tolerance and intolerance, between lawless violence and order". 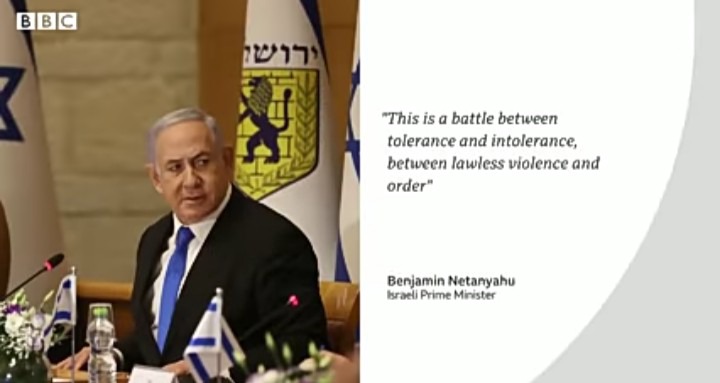 He goes further to say; "Elements that wants to expropriate our rights periodically force us to stand strong, like Israel's Police Officers are doing".

Palestinian Prime Minister, Mohammed shtayyeh strongly disagrees with that as he said; "I hold Israeli government responsible for what worshippers are exposed to in the Al Aqsa mosque. I warn of the consequences that will result from such incursion of trying to evacuate the original owners of the land from their homes". 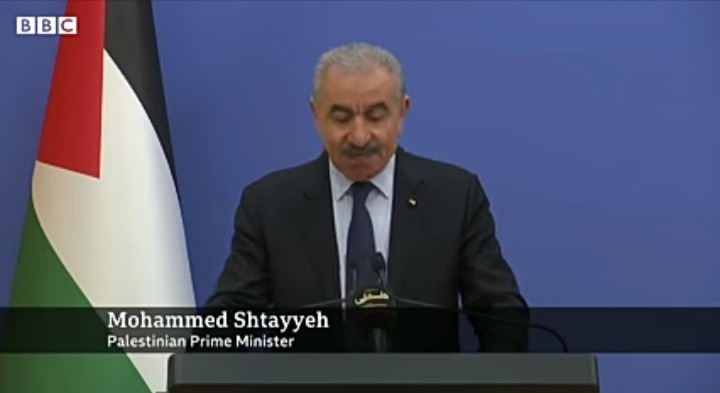 More tensions are building ahead of the rally by Jewish Nationalist to mark the anniversary of Israel's recovery of East Jerusalem in 1967 during the Israeli Arab war.

Though organizers cancelled the rally but some persons came out to carry on with the rally. Palestinians who claimed East Jerusalem is the capital of their future state see the anniversary as a deliberate act of occupation of their land.

However, Palestinian authorities have said that nine Palestinians have lost their lives following an airstrikes by the Israeli Military after seven rockets were fired towards Jerusalem by Hamas. 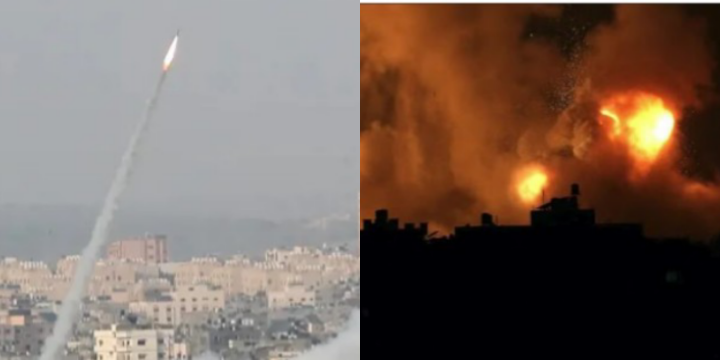 Check Out The Beautiful Outfits Laycon, Nengi, Ozo And Others Wore To Their BBNaija Reunion Show

"I Commend Buhari For Visiting Maiduguri. This Is A Good Move" - Reno Omokri