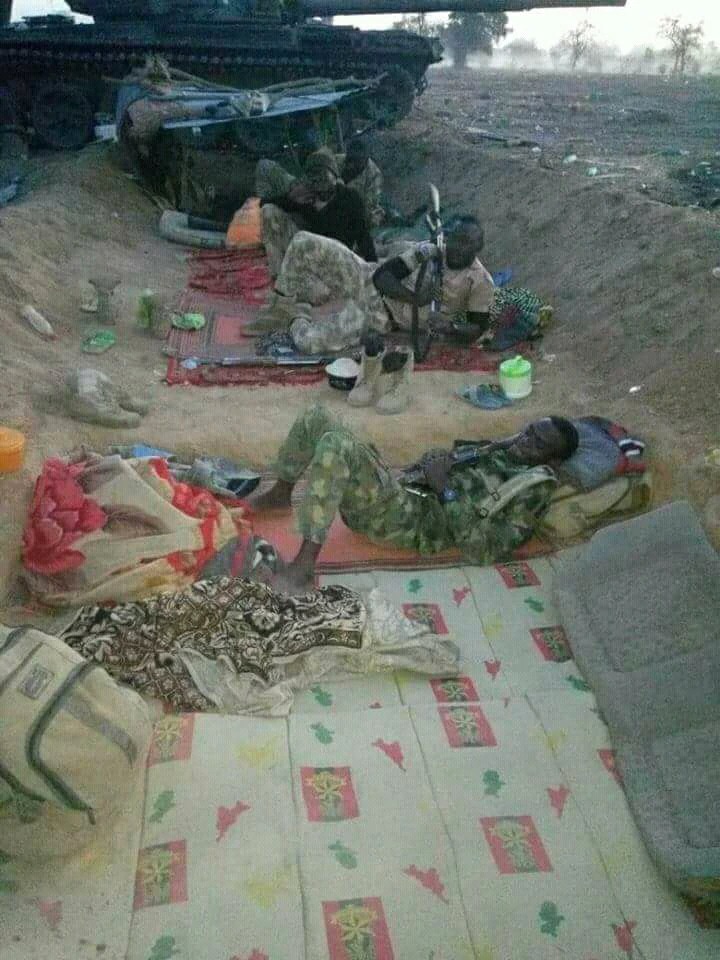 Photo of Nigerian troops at battlefield,used for illustrations.

The recent Military operation was conducted successfully as scores of Terrorists were sent to their grave .ccording to reports from Daily post Nigeria. Two commanders of Islamic State of West African Provinces (ISWAP) , Mohamed Likita and Amir Abu-Rabi as well as dozens of their bodyguard and fighters were neutralized by gallant troops .

The Terrorist commanders were killed by Nigerian troops in a special Military offensive .Amir Abu-Rabi coordinated tax collection on behalf of the ISWAP fighters in the Lake Chad axis , while Likita was among the top controllers coordinating terror attacks on Military .

Reportdly, the airstrikes were coordinated by the Air Task Force components of the counter-terrorism operation, Operation Lafiya Dole. The recent Military offensive killed ISWAP fighters and destroyed their settlement . 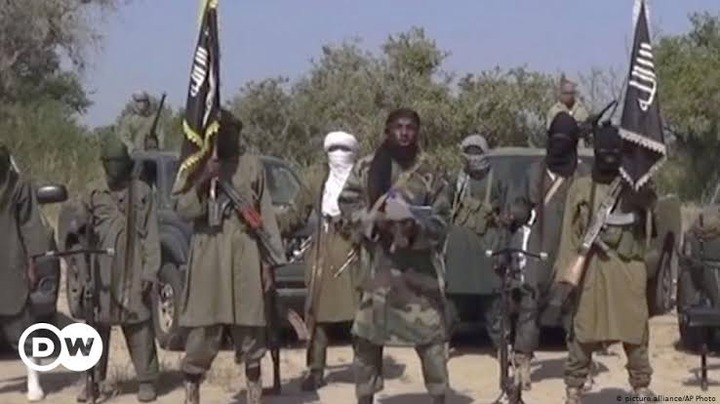 The Terrorist activities in Northeast region has left million people homeless in Adamawa state,Yobe state and Borno state area . Thousands of people lost their lives as a result of Boko Haram crises .The Federal Government of Nigeria have put more efforts to end insurgency in Nigeria . 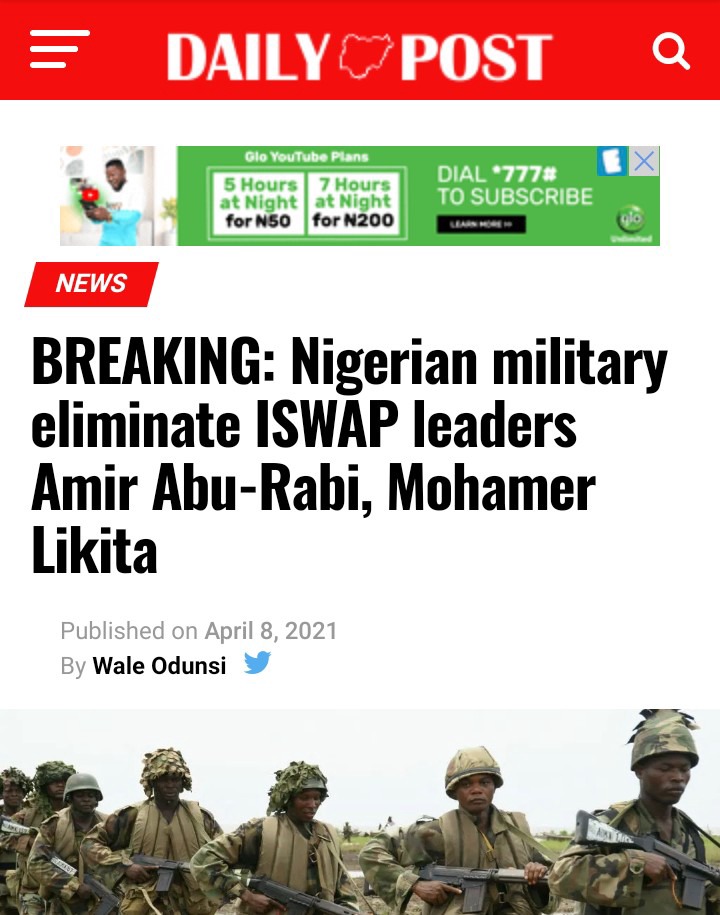