Flashback: Why Nelson Mandela Was Placed on Terrorist Watch List

Former South Africa President between 1994-1999, Nelson Mandela was placed on the terrorist watch list by some world leaders such as Ronald Reagan and Margaret Thatcher. During his extended time in prison, where he served an extended period of time in three different prisons until he was released in 1990. 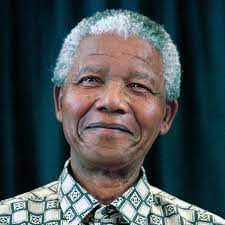 Nelson was considered a dangerous terrorist. This was based on his actions and involvement in the MK.

In the year 2008, his name was finally removed from the US terrorist watch list in what documentary experts called a case of slow bureaucracy. In 2008, the then US president George W Bush signed a bill removing ANC members, including Nelson Mandela from the terrorism list.

G. Bush said He had no place on our governments terror watch list, and Im pleased to see this bill finally become law.

Rashford vs Lingard: Checkout who has a better stat in the EPL this season

VIDEO: Saratu Daso Sighted Having Fun In A Swimming Pool.

Female Police Officer Delivers A Baby At The Doorstep Of A Police Station, Read How It Happened