By FranklySpeaking123 (self media writer) | 9 months ago According to reports from The PUNCH, operatives of the Nigeria Security and Civil Defence Corps (NSCDC), Kwara State Command has apprehended a 25-year-old man for allegedly slaughtering his brother for money-making rituals.

The suspect, one Ismail Saliu allegedly conspired with a herbalist and another man to kill his 14-year-old brother, Azeez Saliu, to use his body parts for money rituals.

NSCDC spokesman for the State Command, Babawale Afolabi disclosed this in a statement on Saturday in Ilorin, the state capital. Babawale said the incident occurred in the Kosubosu axis in the Baruten Local Government Area of the state. 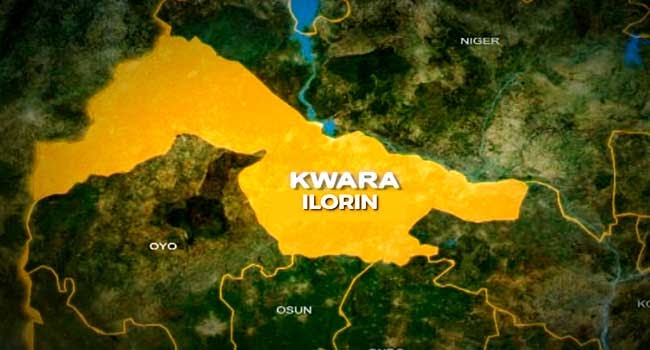 According to him, operatives of the NSCDC swung into action after receiving a distress call from residents about suspicious movements of certain individuals in the area.

Investigations later revealed that Ismail had lured his younger brother to the farm, where he and his accomplices slaughtered him like a goat. The suspects were nabbed by the NSCDC operatives on their way back from the farm after the heinous crime had been committed.

What is quite worrisome, however, is that Ismail confessed to having personally carried out the killing of his brother, who was held down by the herbalist and one other person.

The suspects have been handed over to the Police for further investigations.

There appears to be a sudden rise in ritual killings in the past few months, as some Nigerians are hell-bent on becoming wealthy at all costs. Just this week, a young man was apprehended while trying to behead his girlfriend in Bayelsa State for money-making rituals. The suspect had reportedly lured the lady to a lonely road and had proceeded to slice her throat when she was rescued by some youths in the community.

Another gang of ritualists was also arrested in Ogun State over the brutal killing of a 73-year-old man. The victim was said to have been beheaded and dismembered inside his room by the suspects.

Nigerians are hereby urged to exercise caution at all times, especially at a time when an unholy quest for wealth has become rampant among the youths of this generation.