By NewsBlazer (self meida writer) | 1 months

Maj. Patrick Chukwuma Nzeogwu is a popular and prominent name in Nigeria Army. This personality will hardly be forgotten because of his active and leading role in the first military coup in Nigeria in January 15, 1966. The coup overthrew the first Nigerian Republic. 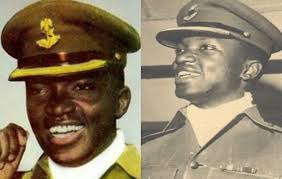 Very little is known about how he died and what happened to him after the bloody military coup wich made Maj. General Aguiyi Ironsi to assume power.

Patrick Nzeogwu was born (26, February, 1937) and bred in Kaduna to an Igbo Parent of Anioma Community. No wonder he was popularly known as Maj. Kaduna. He enlisted into the Nigeria Army in 1957 as an Officer Cadet and rose to other ranks as he progressed to the peak of his military career in subsequent years.

Immediately after the bloody coup of 1966 which failed in Lagos but was successful in the northern and some southern part of the country, news reached Maj. General Aguiyi Ironsi that Maj. Kaduna is planning an attack in Lagos. 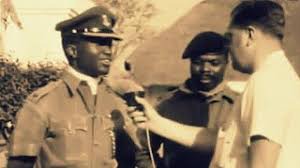 But immediately Ironsi assumed power, Maj. Kaduna was arrested in Lagos 3 days after the coup and this was a breach of their agreement.

After Biafra declared its independence from Nigeria on 30th May, 1967, Nzeogwu was promoted to the rank of a Biafra Lt. Colonel.

However, on 29 of July, 1967, Nzeogwu was conducting a reconnaissance operation at night against Nigerian federal troops of the 21st battalion commanded by Mohammed Inuwa Wushishi.

The troops overpowered him and ambushed him near Nsuka. Unfortunately, Maj. Nzeogwu was killed while in action.

Another account of the story according to his sister states that he killed himself in order to avoid being humiliated by the federal troops.

As kind as the Nigerian Military Head of State General Gowon was, after the Biafra was defeated, he ordered that he be buried in the Kaduna military cemetery with full military honors. 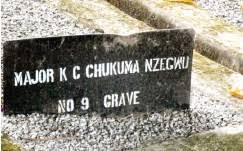 If you follow and have read about Nigerian military juntas, you will agree with me that Maj. Kaduna fought gallantly and was fearless.

What do you have to say about this military officer full of guts, drop your comment please?

Vee, Neo, Others React To The New PHOTO Dorathy Posted on Social Media

Performances Of Some Of Your Favorite Nigerian Idol Contestants Yesterday

Today's Headlines:Lagos Residents Embark On Another Protest, Abubakar Speaks On Insecurity In Niger

Meet 4 Irish Players That Are From Nigeria (Photos)