The first female combatant pilot died at the age of 23 in Kaduna after suffering from multiple head injuries from a road crash, she was said to have been hit by a vehicle of a former class mate. 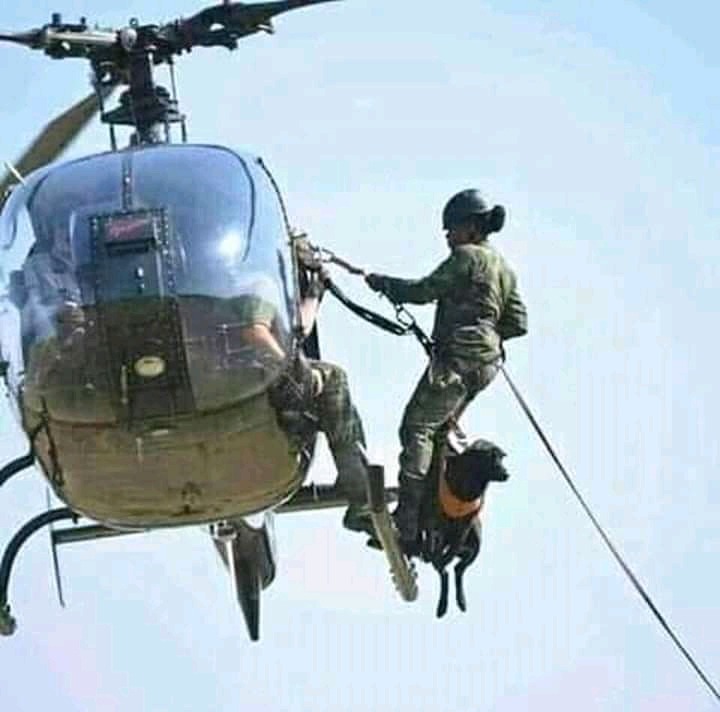 vanguard news official Facebook page uploaded a photo of the gallant soilder on it's page, looking at this photo one could only wonder what a great Person Nigeria has lost.

It took little time before people pour in their condolence as it's a sad news for the country.

Here are some screenshots from Vanguard media news page on facebook. 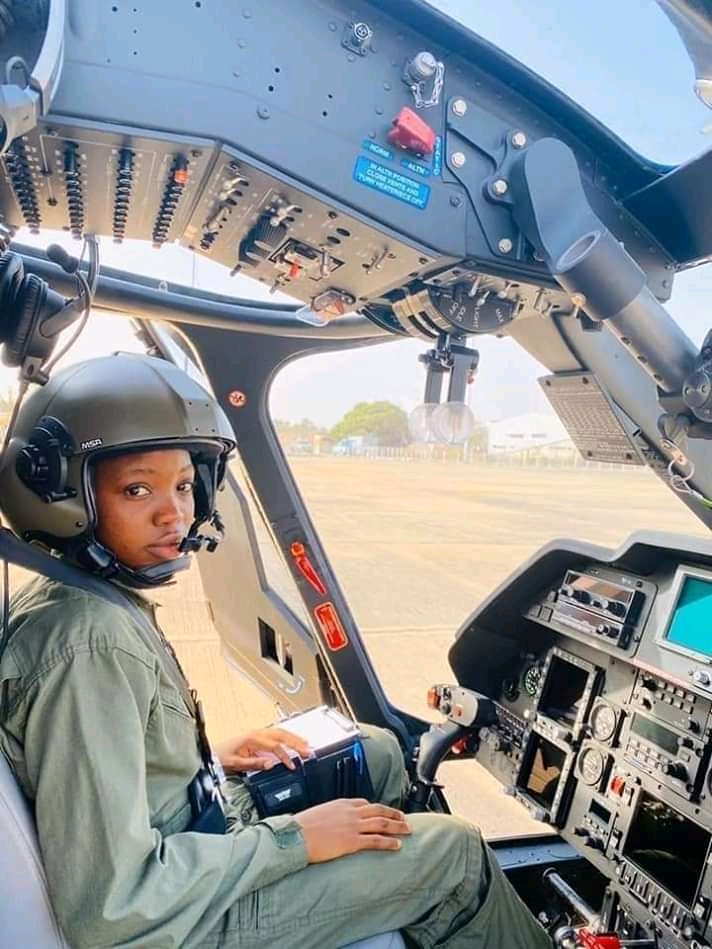 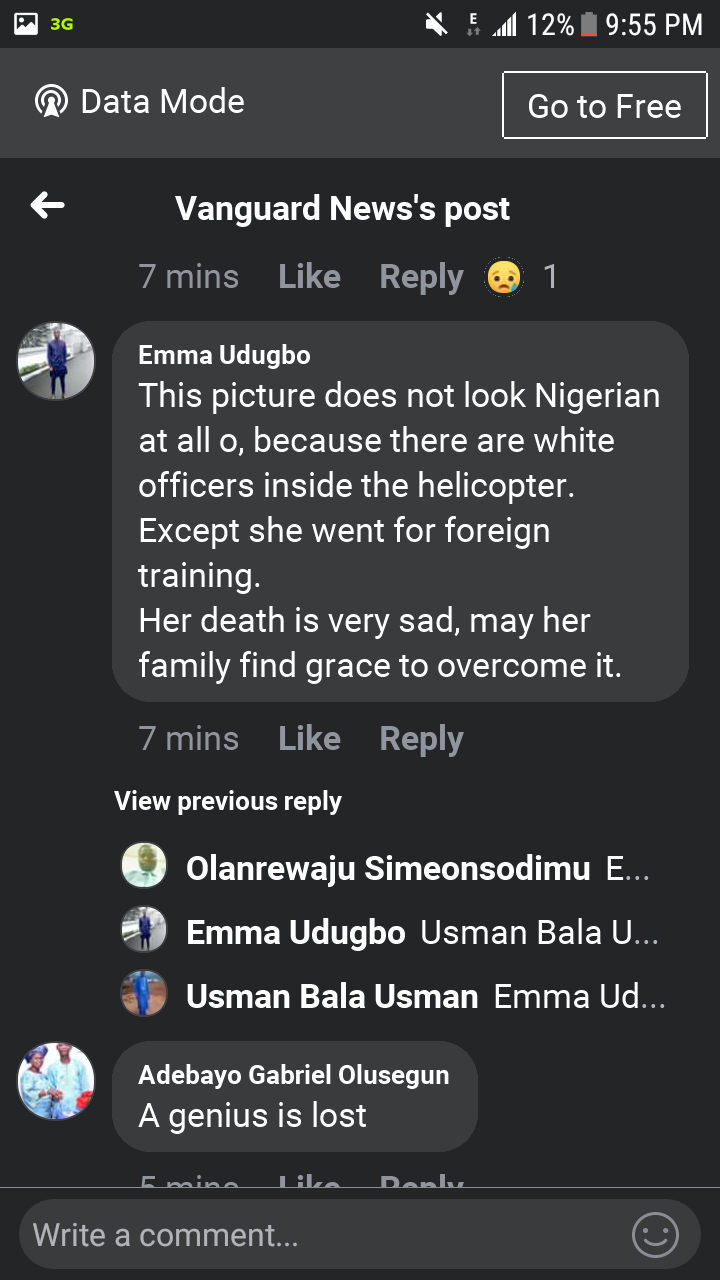 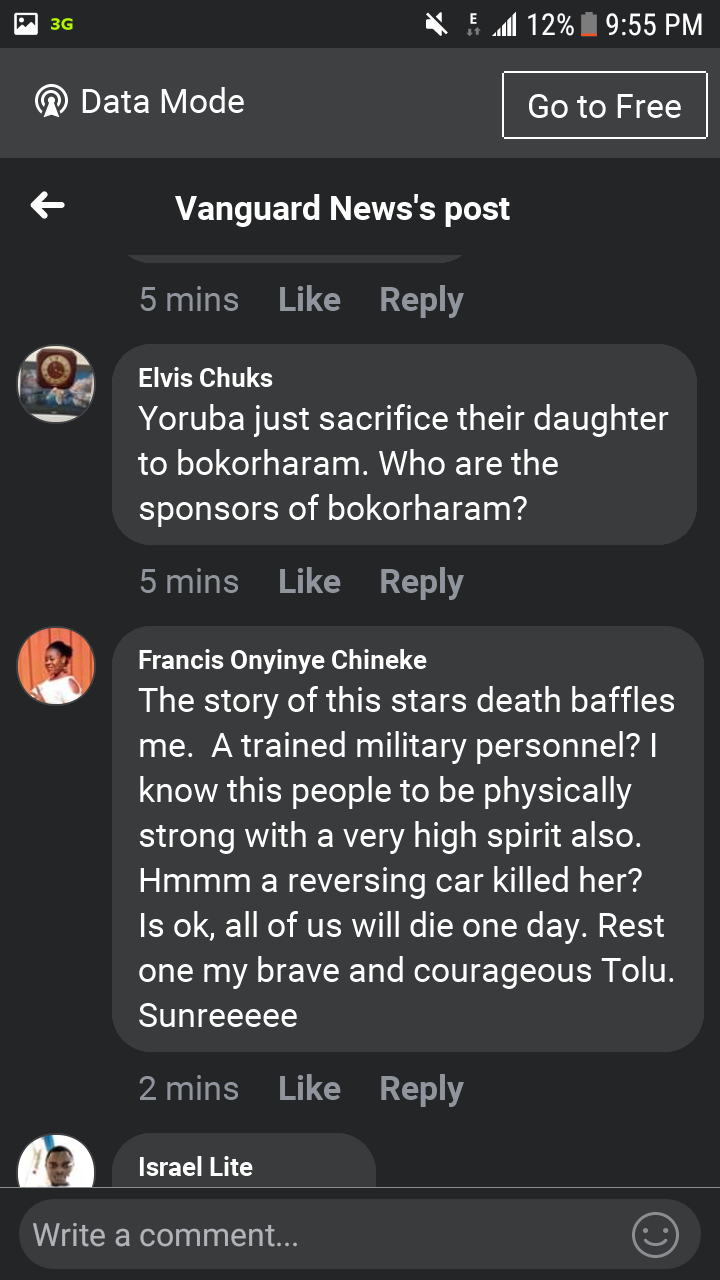 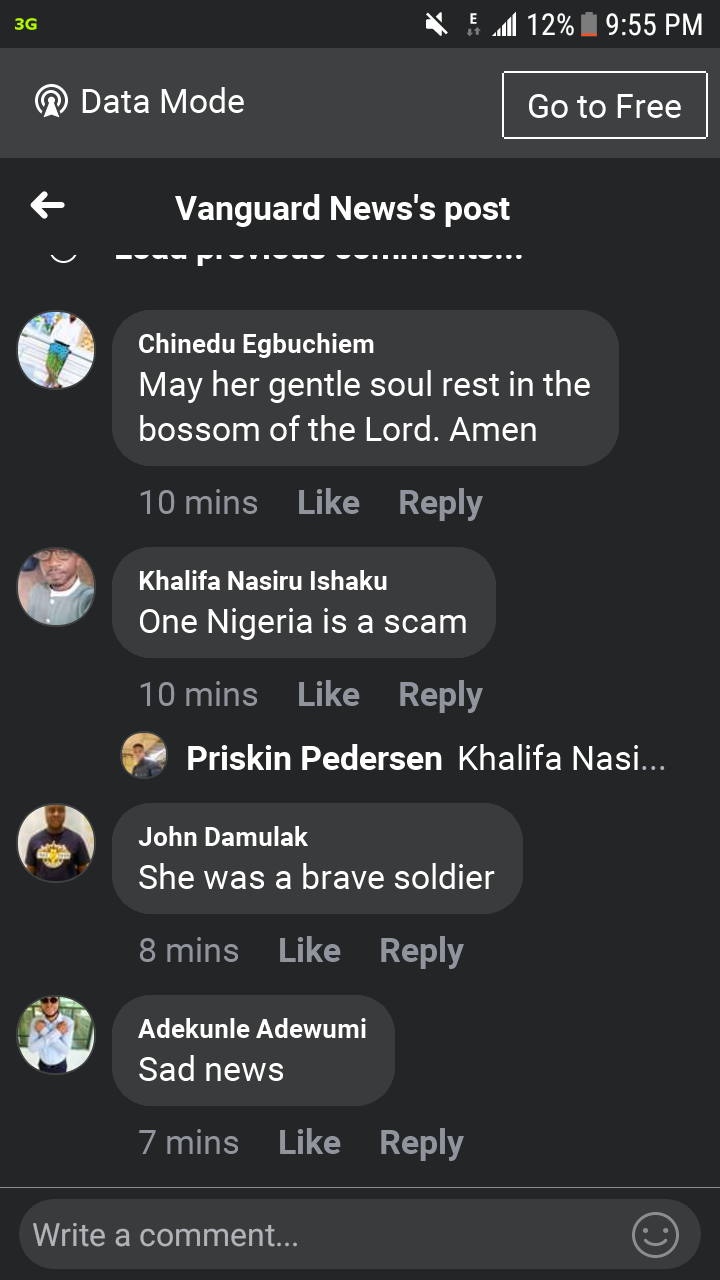 She was instrumental in the fight against Banditry in the northern part of the country. 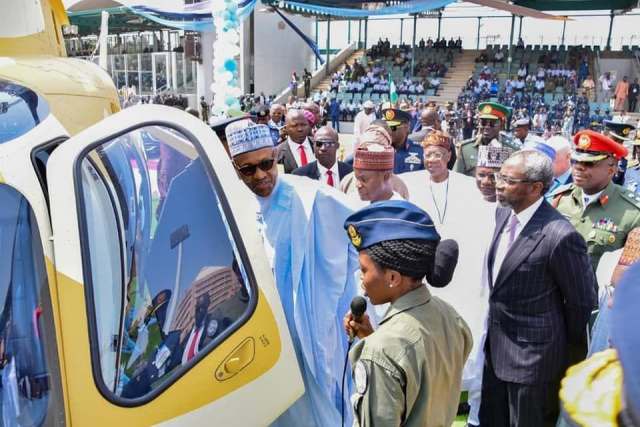 The young Pilot died at the age of 23, her death was announced by the Nigeria Air force.

"3/4. During her short but impactful stay in the Service, late Arotile, contributed significantly to the efforts to rid the North Central States of armed bandits and other criminal elements by flying several combat missions under Operation GAMA AIKI in Minna, Niger State.

The Nigeria Air force lunched as an investigation into the death of the gallant Army.