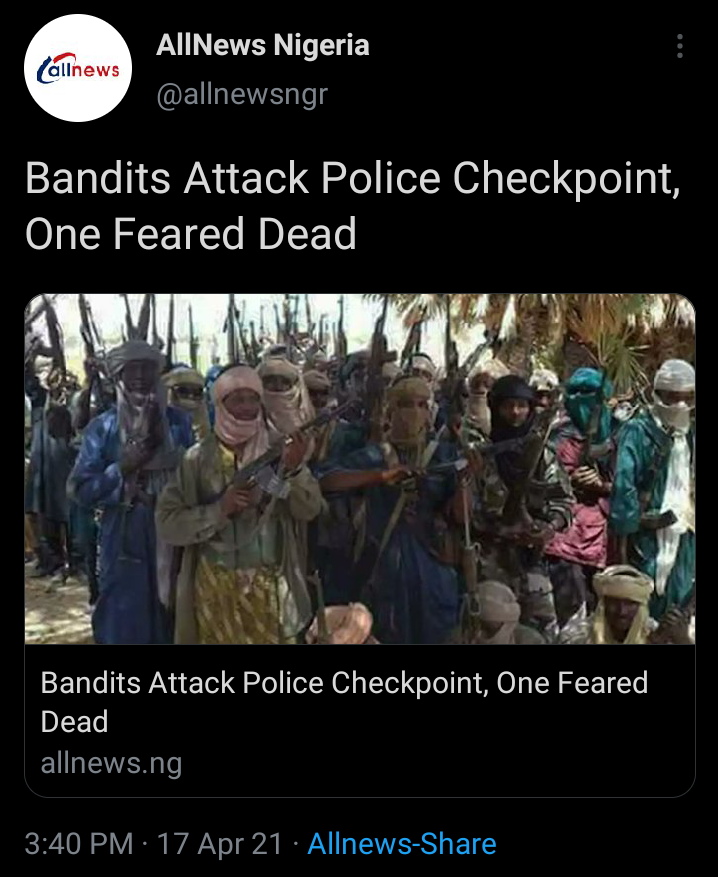 The series of Attacks Lunched by Bandits, Herdsmen and Boko Haram is becoming Alarming.

Recently, A police officer has been feared dead following an attack by bandits on a police checkpoint at Dogon-Gawa community of Takum Local Government Area, Taraba State.

The incident was confirmed by the Chairman of the Council, Shiban Tikari, who spoke to Channels Television, revealing the gunmen struck in the early hours of Saturday.

Tikari said the attack happened in his presence and that more than 200 bandits were involved, surrounding them. A heavy gun duel ensued between the police officers and the bandits, leading to the death of one police officer.

Shariah Police In Kano Arrest 11 People For Not Fasting 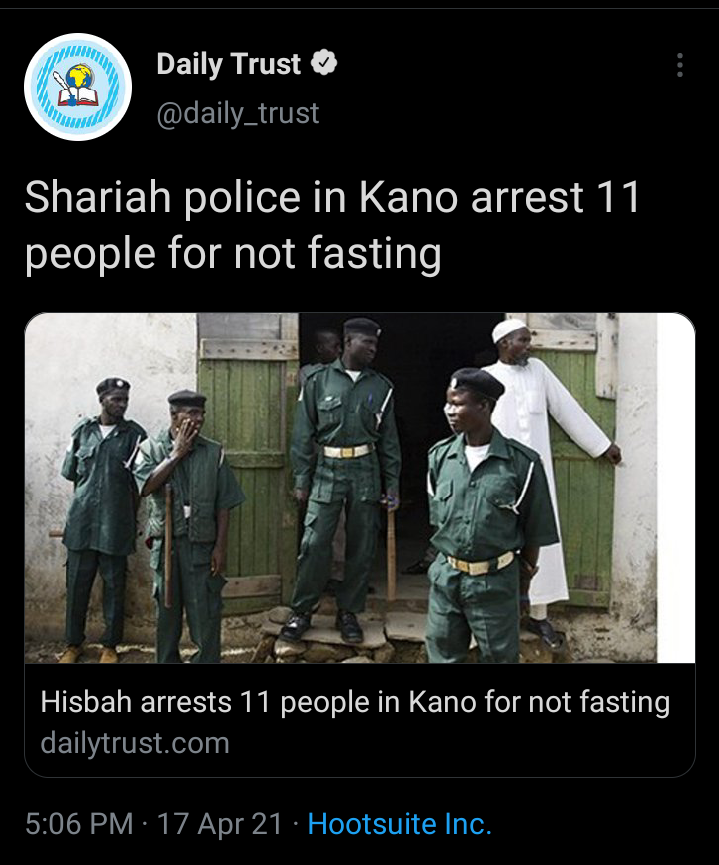 In the quest to make sure the Ramadan fasting is adequately observed The Shariah police officials of the Kano State Hisbah Board have arrested eight women and three men for eating during Ramadan.

They were arrested in a raid by Hisbah personnel at Tudun Murtala of Nassarawa Local Government and Sharada area of Kano Municipal where they were found eating.

The Acting Commandant General, Musa Kibiya, said that the board made the arrest after getting some information from the residents of the two areas at different times. 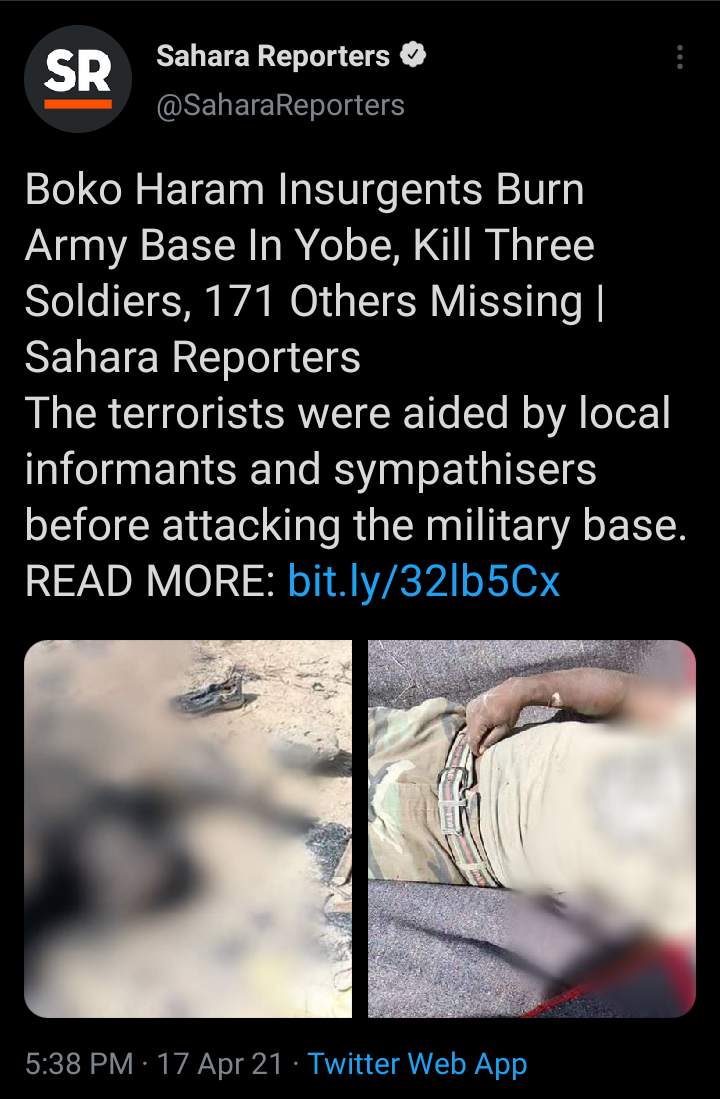 The series of Attacks Lunched by Bandits, Herdsmen and Boko Haram is becoming alarming.

Recently, Boko Haram insurgents have launched a major attack on the base of the special forces of the 27 Task Force Brigade, located in Ngomari in Buni Yadi and Kumuya in the Buni Gari area of Yobe State, killing three soldiers while about 171 others reportedly fled the base or are missing in action. 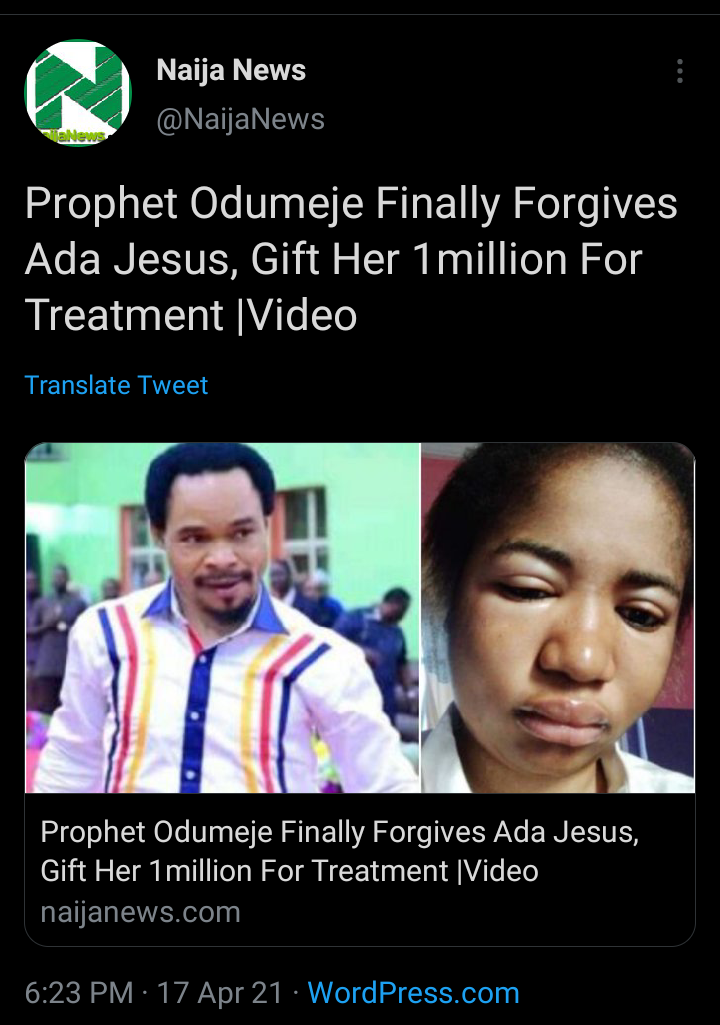 It is no more news that The general overseer of the Mountain of Holy Ghost Intervention Deliverance Ministry Onitsha, Chukwuemeka Ohanaemere alias Odumeje has bowed to pressure and forgiven ailing comedienne, AdaJesus.

According to Naija news, the controversial cleric, in the video shared online, stated that Ade Jesus sinned against the holy spirit after she peddled rumours that veteran actress Rita Edochie helped him faked miracles.

The father of the ailing comedienne was accompanied with the traditional Ruler of Odumeje’s Village. After some dialogue, the prophet succumbed to the numerous pleads and forgave Ada Jesus. He also gave them one million naira for treatment. 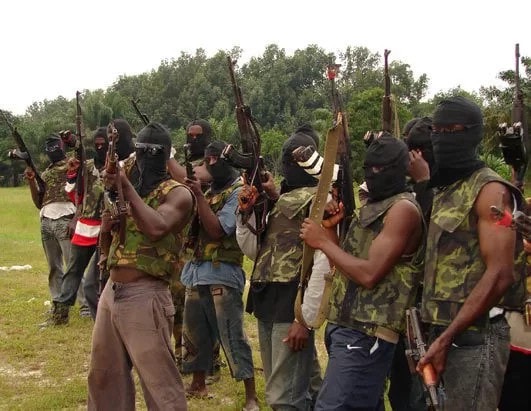 Aisha Yesufu Blows Hot, Check Out She Said About The Southern Governors That Got People Talking.