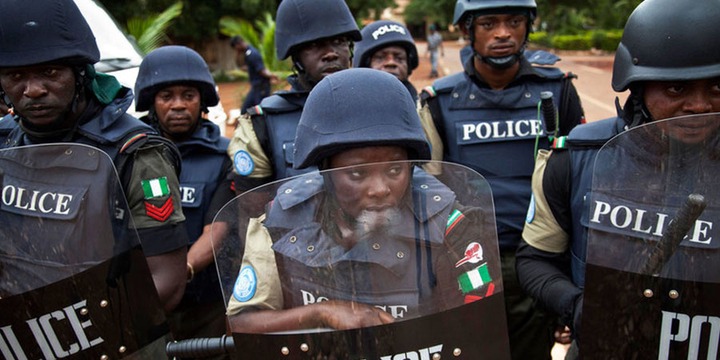 According to a report by Daily Trust, an intense action has been taken by the Police force in Imo State, who claimed that they have successfully raided another camp operated by the Indigenous Peoples of Biafra (IPOB) and its militant wing, Eastern Security Network (ESN).

The public relations officer of the force in the state, CSP Michael Abattam, claimed that the operation was undertaken in Owerri, which was successful as part of the ongoing clearance Operation embarked by the Imo State Police Command, aimed at ensuring the total wiping out of the remnants of the proscribed insurgent group.

According to reports, the camp which was successfully raided by the police, was located in a valley in Amaifeke in the Orlu Local Government Area of Imo State.

According to Abbattan, there is concrete intelligence that had helped them in finding out the exact location and activities of the members of the proscribed IPOB/ESN. He stated that members of these groups were sighted in an isolated uncompleted building in the area, where they were supposedly a Ning to resume terror attacks on police formations and government installations around the state.

The public relations officer was quoted saying that, “On 11/9/2021 at about 1230 hours, the command’s tactical teams immediately mobilised and stormed the hideout of the terror group located in an uncompleted building in a valley at Essential Home popularly known as “Ngbuka”, Amaifeke Orlu Local Government Area of Imo State.

“The members of the terror group, on sighting the police operatives in their hideout, opened fire on them.

“The gallant and battle-ready tactical teams swiftly returned the fire.

“In the gun duel, three of the hoodlums; namely Chidera Nnabuhe, the Orlu Sector Commander of IPOB/ESN a.k.a Dragon a native of Umuala Amaifeke in Orlu LGA and two others with a.k.a, J.J and Dadawa both natives of Ohazara in Ebonyi state were neutralised."

The PPRO stated that during the gun fight, two others, namely, Emeka Sunday, 20, of Anike in Ohazara LGA of Ebonyi State and Anthony Okeke ‘M’ age 44 years of Umuala Amaifeke, Orlu LGA of Imo were arrested while others escaped into the bush with bullet wounds.

He further mentioned that while the police searched the area for clues on their activities, they found a native goat that had been killed and drained of blood, into a container. He stated that the blood was used on the bodies of the militants for fortification against police bullets. They also recovered two locally fabricated general purpose machine gun, 16 Improvised Explosives Devices (I.E.Ds), one English made pump action gun, two locally made Pistols, 37 rounds of live cartridges, three Automatic Machine Guns kick-starter, one Bomb detonator, three Automatic Guns connecting batteries, a big bag containing Gun Powder, Charms, two Biafran Flags, three bomb detonator remote control, among others.