The President, Muhammad Buhari has appointed Major General Farouk Yahaya as the new Chief Of Army Staff after the sudden death of the former Chief, Lt General Ibrahim Attahiru, who died in an air crash last Friday. 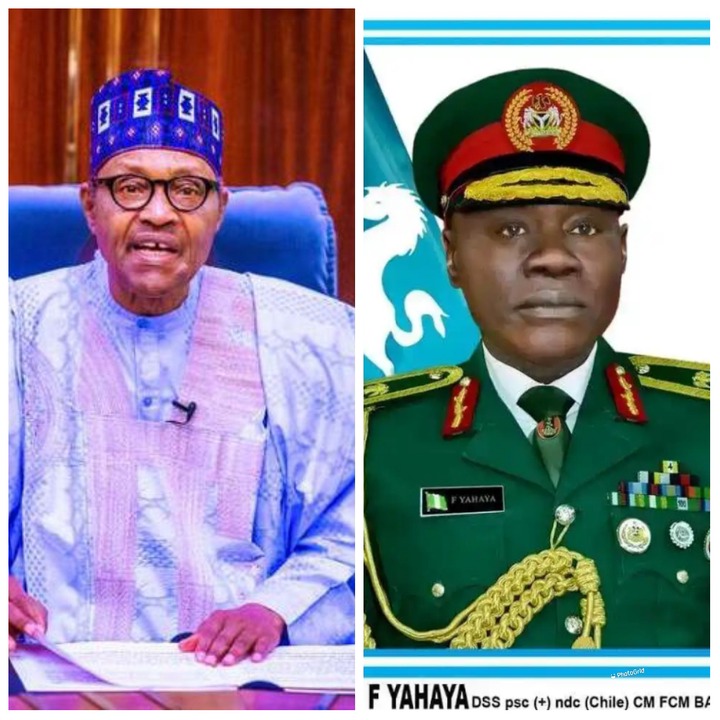 According to a statement issued by the Acting Director Defense Information, Brigadier General Onyema Nwaxhuku, Major General Yahaya before he was appointed was the General Officer Commanding Division 1 of the Nigerian Army, and the theater commander of a military counter-terrorism unit in the North East.

It could be recalled that the former Chief of Army Staff, Ibrahim Attahiru died in an air crash along with other military officers while on an official trip to Kaduna on Friday. 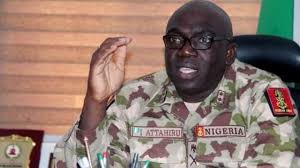 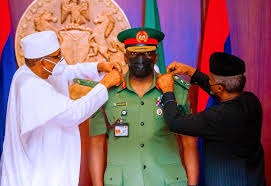 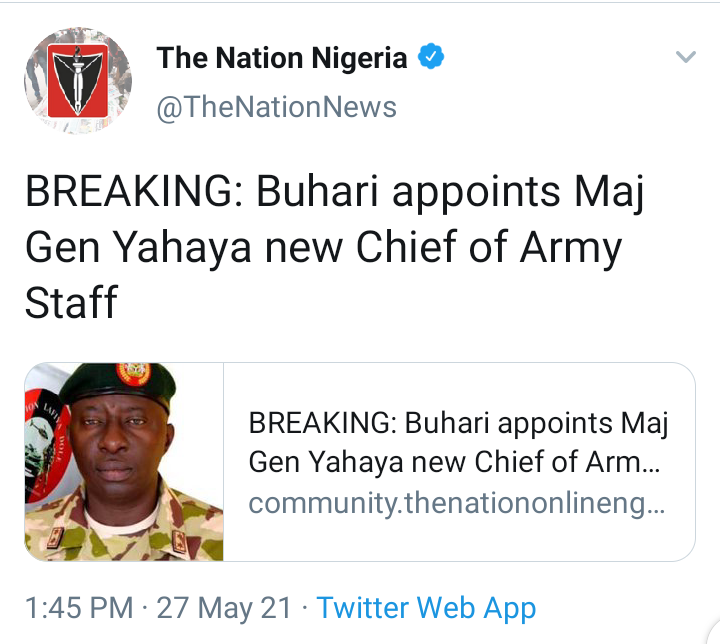 This particular announcement did not go well with some Nigerians as they took to the comment box to share their thoughts.

Content created and supplied by: Chiboy360 (via Opera News )