Northerners In Fear As IPOB Kills 8 Nigeriens In Imo

Fear among northerners living in Owerri, the Imo State capital, has heightened following the killing of eight Nigeriens by members of the proscribed Indigenous People of Biafra (IPOB). 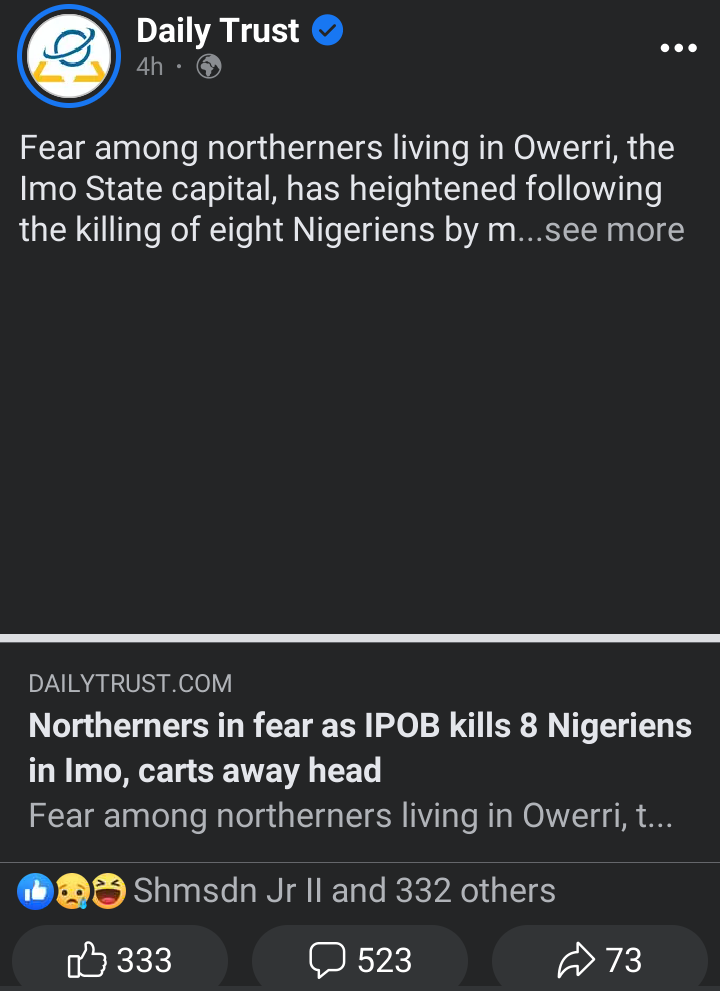 The attack occurred on Monday when the assailants attacked a building at Orogwe, Owerri, occupied by mainly Hausa migrants from Nigeria and the Niger Republic.

The northerners said the building was attacked because IPOB took all of them living in the area to be migrants from the North, not knowing the victims were foreigners.

Terrorists in their numbers, armed with sophisticated weapons, have again attacked Dantsauni village in Batagarawa Local Government Area of Kâtsina State where they killed three people. 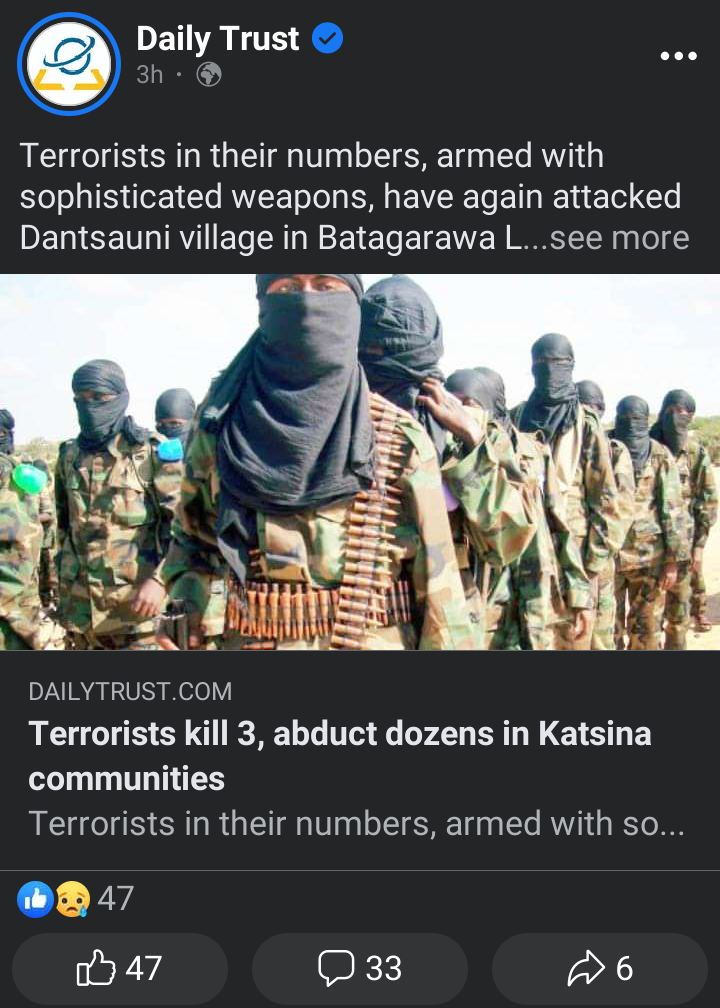 One of the deceased persons was identified as Abdulrashid Abba Manna, a Katsina resident, who went to farm in the morning at Dantsauni village but was trapped and killed by the terrorists. 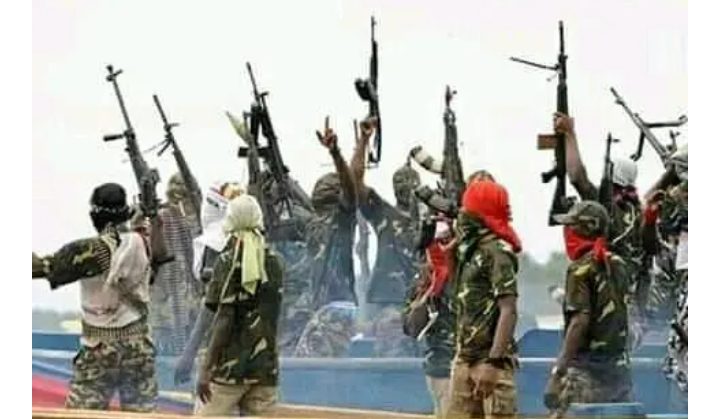 This came barely three days after bandits attacked surrounding communities of Babbar Ruga, Kwarin Maikotso, and Kore villages where they operated unchallenged and killed two people with eight others abducted.

The National Assembly has expressed fears over the worsening insecurity in the country, particularly the recent attacks on the Federal Capital Territory, Abuja, by terrorists. Following the worsening insecurity, the President of the Senate, Ahmad Lawan, on Wednesday, summoned the security chiefs to a marathon meeting where he described the situation as the “most frightening.”

Also at the meeting, the senators advised the security chiefs on how better to protect the FCT and the country in general.

Tinubu is not part of the Buhari govt, don’t blame him for failure – Oshiomhole 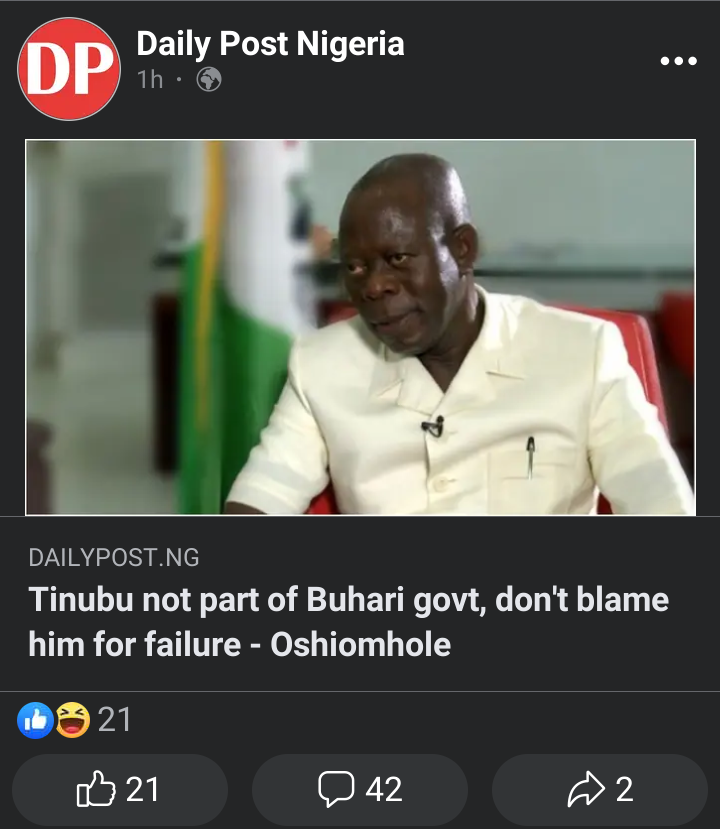 To this end, Oshiomhole said Tinubu should not be blamed for any infraction by the Buhari-led Federal Government.

He disclosed this during an interview with Arise TV on Wednesday.

A former Governor of Osun State, Olagunsoye Oyinlola; and Governor Seyi Makinde of Oyo State are among leaders of the Peoples Democratic Party being considered as the Director-General of the Atiku Abubakar Campaign Organisation, The PUNCH can confirm. 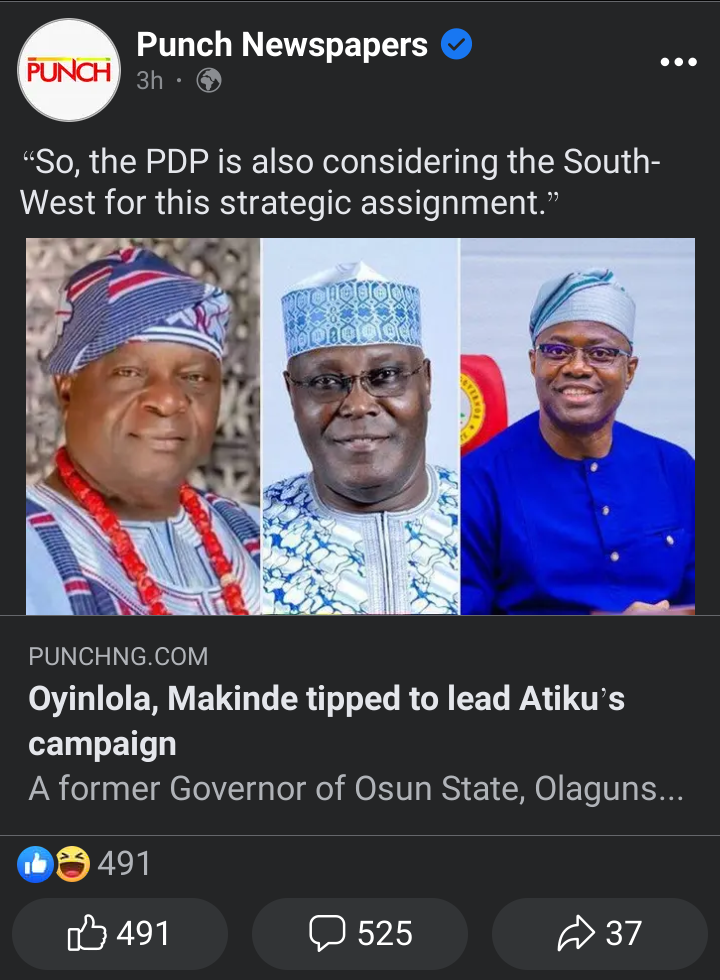 This is just as the party’s Board of Trustees resolved to meet Governor Nyesom Wike of Rivers State to put an end to the crisis that emanated from the decision of Atiku not to pick the governor as his running mate.

Sources within the PDP told The PUNCH on Wednesday that the trouble Atiku’s campaign is having with Wike is the major cause of the delay in inaugurating the presidential campaign council.