Barely 24 hours after Imo Attacks, FFK reveals what he Fears most as he sends Strong message to FG

At About 1am today, some group of heavily armed men stormed Imo State Correction Center with guns and dynamites. They blew up the gates of the facility, and Burnt down some part of the building. The Gunmen freed more than one thousand inmates from the center. They also attacked a Police Station in the State. The Gunmen burnt down vehicles that were in the station, and also freed the suspects that were in police custody. Apart from these two major attacks, they were other attacks on Security Operatives who were Manning different checkpoints. 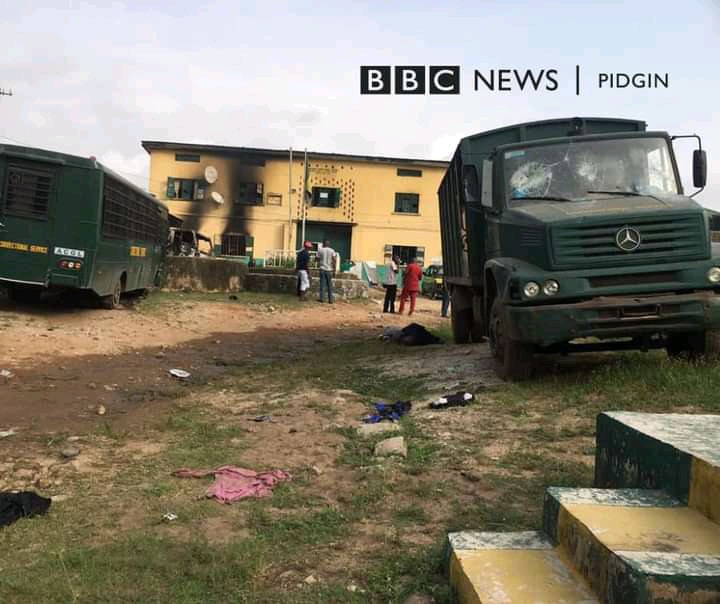 The president have reacted to the attack, and he has heavily condemned the attack. The president in his reaction said that, the attack is an act of Terrorism. And he promised to fish out those responsible for the attacks. Meanwhile, the IGP in his own Reaction said that, members of IPOB were behind the Attacks. Former minister of Aviation, Femi Fani Kayode have also reacted to the attacks. Femi in his reaction via his Twitter account, revealed what he Fears the most. And what should be done to stop it from getting worse. Femi Fani Kayode in his tweet said that, his greatest fear for Nigeria for the past few years is a time when IPOB will take up arms to get what they want. If the speculations about those behind the Attacks in Owerri are True, then his fear had already started. He went to add that, that's why the likes of him were trying to make calm things down by reaching out to Kanu, but people mistook their wisdom for something else. He mentioned that, with the kind of Insecurity challenges the country is facing in the north, it can't afford another one in the south east and south west.

He advised that, the country should begin the Process of restructuring, hope for peace and push for mutual understanding. Dialogue is the best approach at the moment. Here are screenshots from his Tweet. 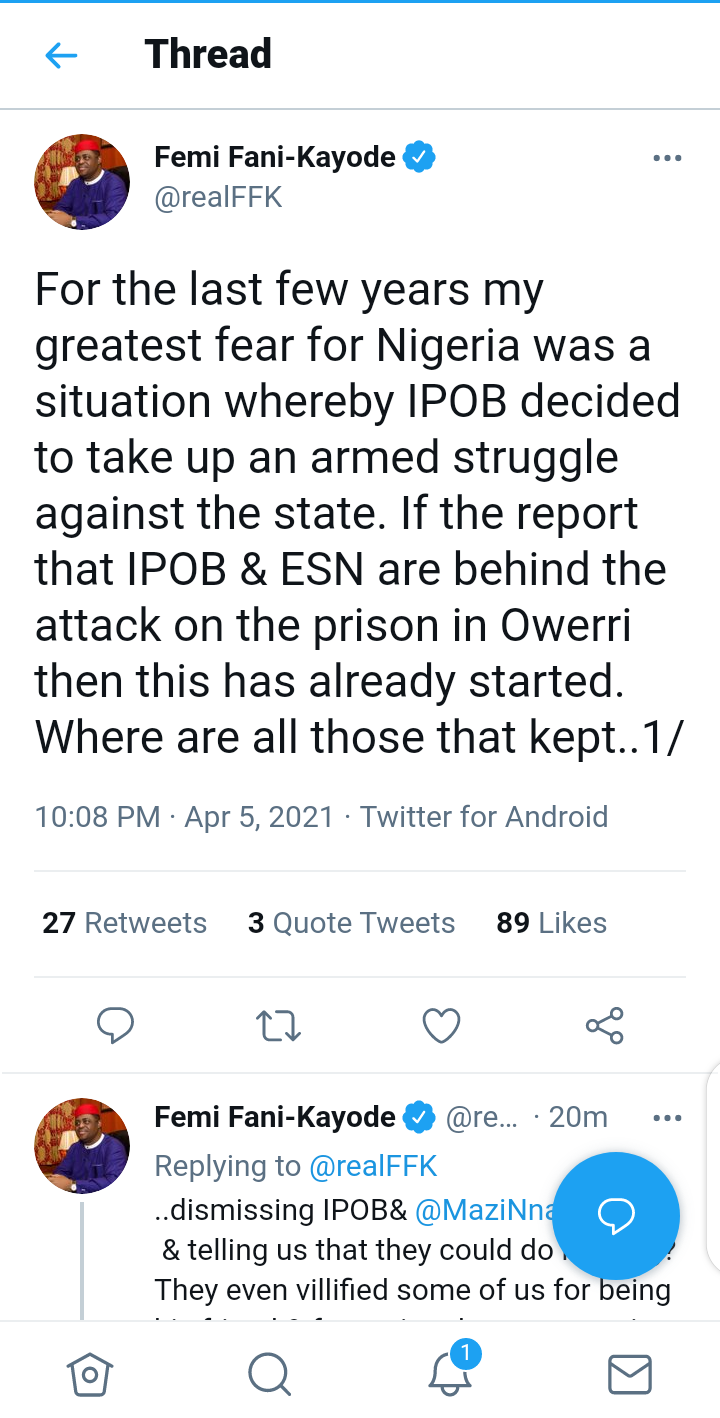 All we need is peace, violence will not take us any where, may God help Nigeria 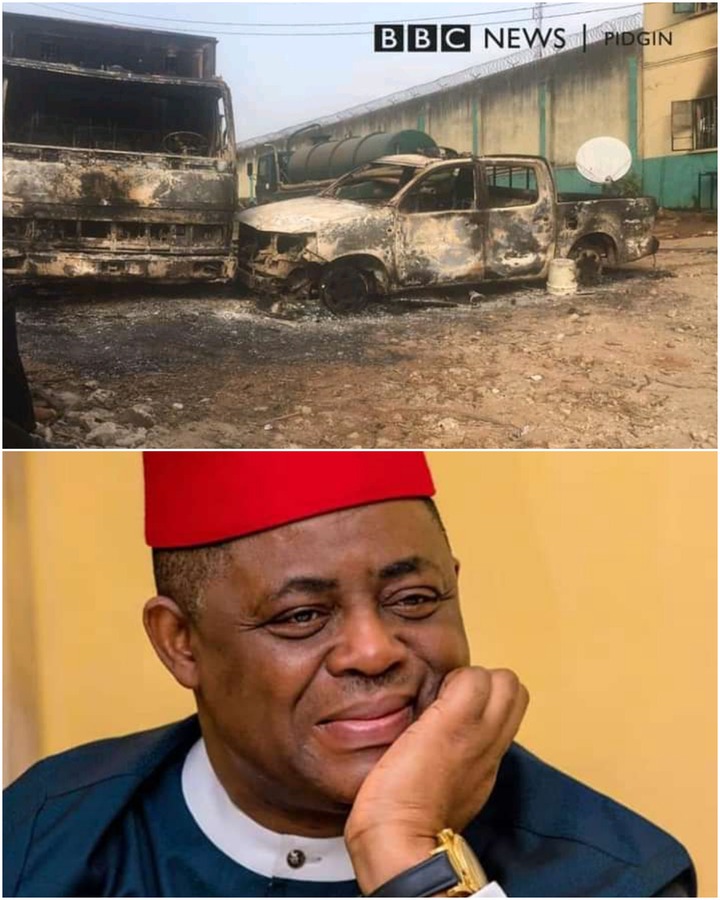