OPC Reacts After Being Called "Terrorist"

Considering the activities of OPC in the South West, I don't think anyone should be poised to say negative things about the Group. We are talking about a Security Outfit that has done enough to protect the people of the region from Herdsmen.

The Oodua People's Congress has felt the need to make a direct reaction to the claim of Dambazau. The Group criticised Dambazau and asked him where he was when OPC was making necessary sacrifices to ensure the region is established.

The Group further stated: "There is no smoke without fire and no true Yoruba person is comfortable with the current situation in Nigeria today. Agitations, whether for Biafra or Oduduwa Republic, are being fuelled by the rising scale of insecurity, the unhindered killings by Fulani herdsmen, kidnapping and poverty. OPC will not go against the wish, aspiration and decision of the generality of Yoruba people on the matter".

The South East remains the most vulnerable region in the country at the moment as Gunmen continue to terrorise the people. How has the state of security in the East turned out really bad?

Earlier yesterday, Gunmen attacked different Police Stations in Anambra State. Considering the fact that a new Security System has been created in the region, it's really surprising to see attacks of this nature make the headlines.

This should be a wakeup call to the South Eastern Government. The Gunmen are likely not going to stop until the Government takes proactive measures to end their threat. 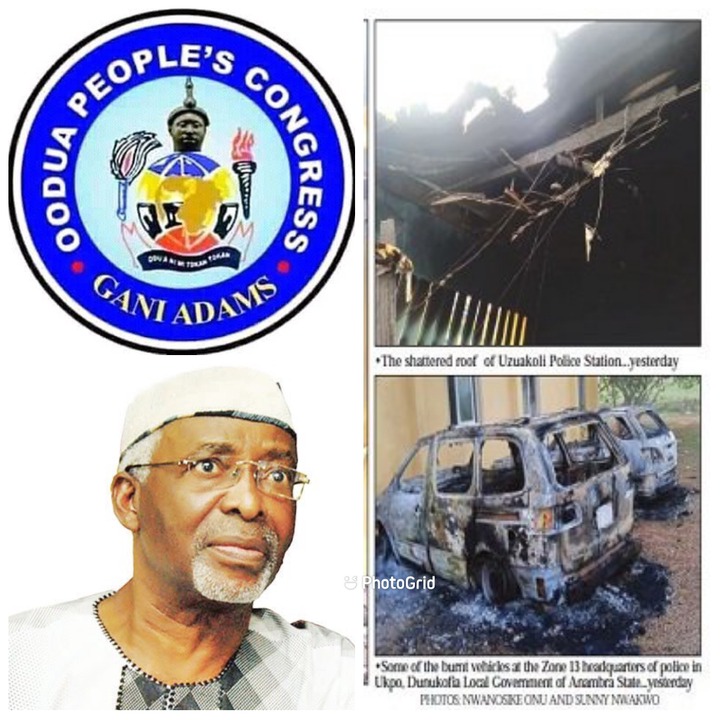 6 Good Habits That Prevent A Bent Back At Old Age

We recovered $153m from Diezani and If any politician tries to manipulate me, I will resign - Bawa

Opinion: Here’s Why PDP Delegates Must Not Elect A Candidate From Anambra South.