By AnointedInk (self media writer) | 1 month ago

The fact that Nnamdi Kanu, the leader of the secessionist group identified as the Indigenous People of Biafra, appeared in court today to face trial is no longer news. Nnamdi Kanu, the leader of the outlawed group, has been detained by the Department of State Service (DSS). He appeared in court today, October 21st, to face charges leveled against him by the government. However, Nnamdi Kanu is charged with terrorism and treasonable felony that may land him in any of these penalties 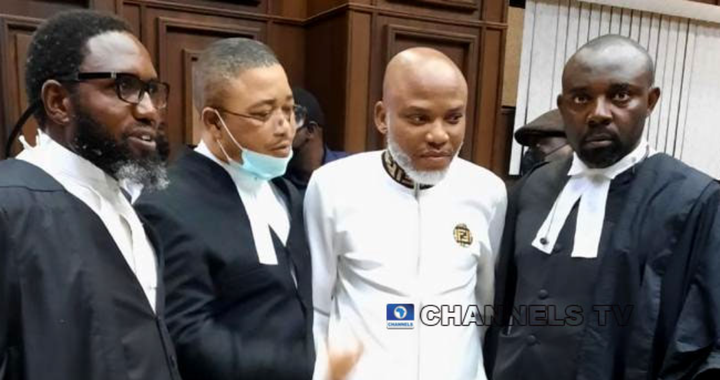 The unlawful use of violence and intimidation, especially against civilians, in the pursuit of political aims. If Nnamdi Kanu is found guilty of a terrorism act, he could be jailed for several years

An offense under English law partaking of the nature of treason (as devised by the overt act to depose or levy war against the sovereign to compel changes of policy or to intimidate or overawe Parliament) and usually involving life imprisonment rather than the death penalty.

This simply means an act of attempting to overthrow the current government or attacking the state through war. Working with people to fight against the ruling government of a country. Nnamdi Kanu is facing charges of treasonable felony, and if found guilty of the act, he could be sentenced to life in imprisonment.

What are your thoughts on this? Anyone with different viewpoints should use the comments section below.