Onslaught against bandits can turn Nigeria into Afghanistan – Gumi 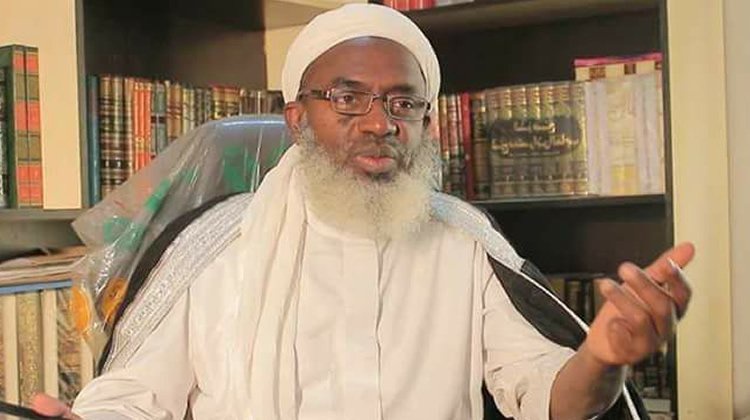 Sheikh Ahmad Gumi, a controversial Islamic cleric, said on Monday that the current military offensive against bandits in Zamfara State and other parts of the North-West will not produce the desired results.

Gumi also cautioned against mishandling the situation in order to avoid a repeat of the Taliban's success in Afghanistan.

Rather, the cleric wrote on his Facebook page, "Zamfara: The Flaring Crisis," that the Federal Government should handle the situation similarly to how it handled the EndSAR protest or the Niger Delta militants.

Gumi also stated that the Federal Government should grant amnesty to bandits in the north, just as the late President Umaru Musa Yar'Adua's administration did to militants in the Niger Delta before his death.

Military actions in the past, according to the controversial cleric, have worsened the situation, causing herdsmen resistance.

“Any further action will exacerbate their religious fanaticism. It protects them from being labeled as thieves and strengthens their mobilization of gullible young unemployed youth, as seen with Boko Haram.

“These measures I enumerated are cheaper, easier, and lasting than the kinetic approach which is now taking place. No military, especially of a poor economy, can win guerrilla warfare. The recent victory of the Taliban in Afghanistan is a factual warning for those that contemplate this.”

“With the acquisition of weapons, they realized how simple it was to become masters of their abode; the forest, where no authority can venture,” he explained. This has emboldened them to go after more people for ransom in order to maintain their new reality.

“Now, with the government prodding them to take more military actions in an already ugly situation where they were left to amass weapons, a huge military budget that is nearly draining the economy in the purchase of fighter planes and conducting military operations in the region has become a necessity to the authorities, in their calculations.”

“Unfortunately, this is no solution or wisdom. When you don’t have the monopoly of the instruments of violence, then dialogue has the monopoly of resolving the conflict.

“This is what the UN is all about; roundtable resolution of conflicts. What we are seeing is more than just criminals and criminality. Yes, it may have started as such but like any conflict, it is dynamic.”