Nigerian Defence Academy: The Lowest Moment of my Life and Lessons to Learn

The Lowest Moment in My Life 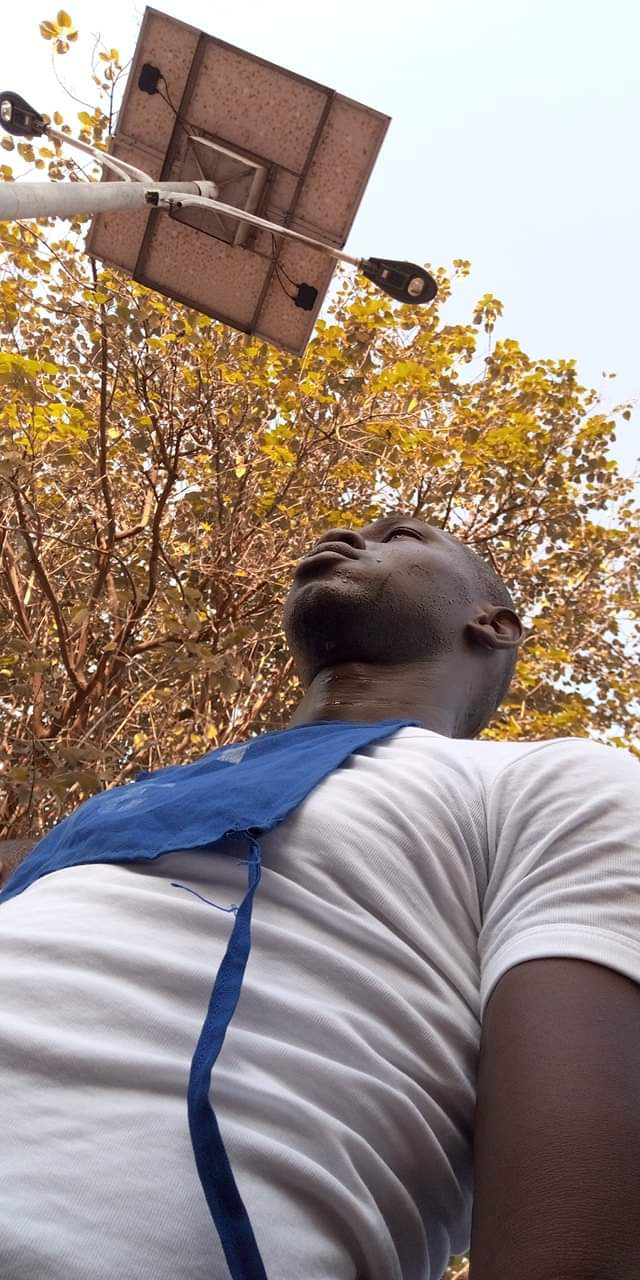 I was watching the news on TV the other day, and then I heard the presenter say, "Bomber." 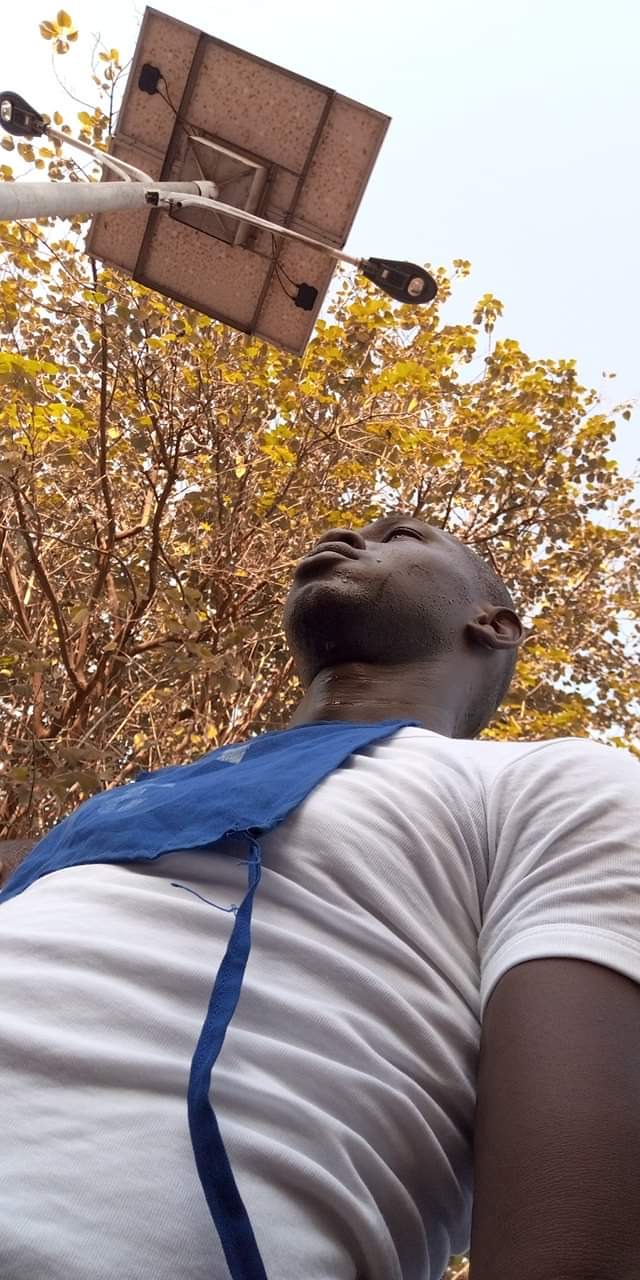 If only she knew that the 'b' was silent, she would have pronounced the correct thing which is 'Bomer' and saved herself the public embarrassment of being the TV presenter who did not know that the 'b' in BOMB is silent.

You may not understand why I keep sharing little English grammar lessons with you on this platform. To many, I am trying to show off. Only a few read my posts with an open mind and a keen desire to learn. The foolish ones look for typos so they can say, 'look, he teaches us English but he can't put comma here and here, he can't even spell this word correctly. Foolish people don't learn. They are blinded by bitterness and pride. Their ego comes before their desire to acquire knowledge and to rid themselves of ignorance. And this is why they never grow. I have written here countless times that 'AM' is never used to begin a sentence that doesn't end with a question mark (?). But many who have read me countless times still continue to brandish their ignorance with reckless abandon. How can a person who is closed-minded ever learn, much less grow?

Contrary to the opinion held by many, I am not trying to show off. I know very little actually. I post stuff here because I want to share what I know, in order to help as many as I can, to escape an embarrassing incident that happened to me during an important job interview in December, 2019.

Many of you do not know that your turnaround moment could depend on something as inconsequential as pronouncing 'Women' correctly.

During my screening at the Nigerian Defense Academy (NDA) from November 22 through the first week of December, 2019, I made it to the selection board. 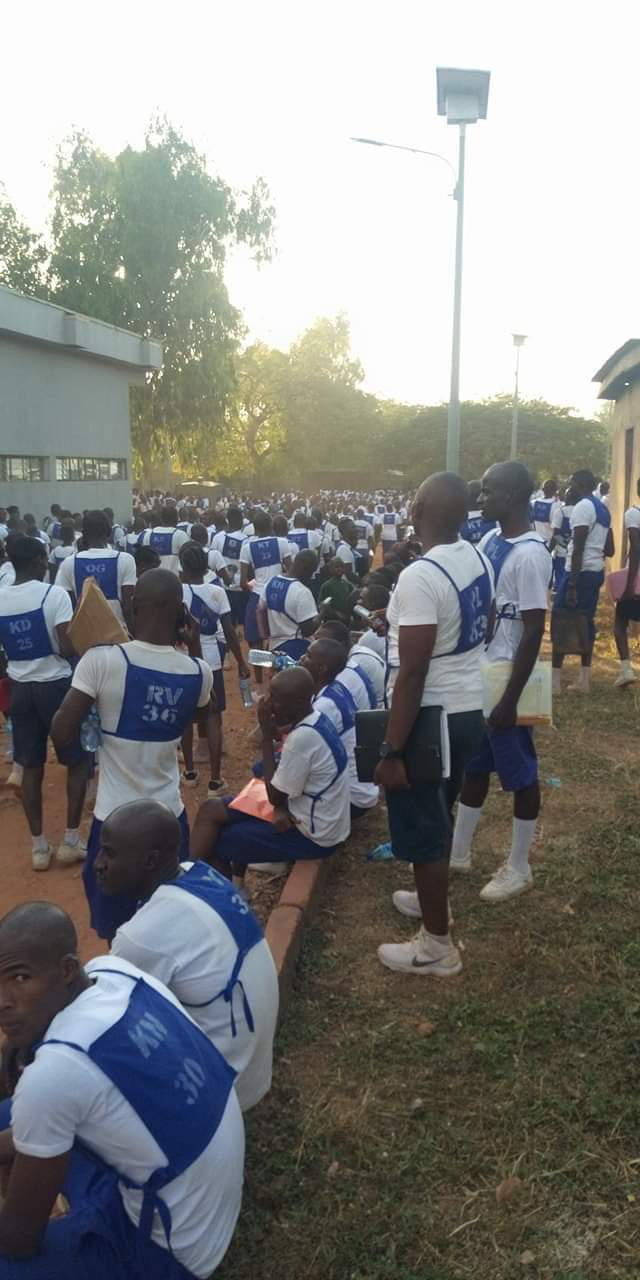 Seeing the board is the final and most important stage in Short Service Combatant Course (SSC) screening at the NDA.

Having passed my medicals, made 3rd Cage in the 3.2km race, did well in the written test, I was optimistic about meeting with the selection board. By the way, out of the 57 candidates that had turned up for screening from a shortlist of 60 for Kaduna State, only 22 scaled through the medical phase. I was among the final 22. Those who failed medicals were sent packing from the academy that very day. I can't forget how I sat in the Drill Shed, looking at how those who had failed medicals were being moved to the parade ground to pick up their belonging and return to their respective states and homes. I had cried seeing people I had become friends with leave me. It was at that point that I learned one of the greatest lessons of my life, which is that:

I had read extensively and prepared myself for the board. I rehearsed current affairs, read about the history of the Nigerian Army, read about military ranks, salaries and formations. I had read about everything, thoroughly.

And so, when it was my turn to go into the interview room and face the board, I went in with an air of confidence.

Directly facing me was Major General S.O. Olabanji. By his right was Brigadier General A.J. Aliyu, the board president. Those two very senior officers were flanked by the secretary of the selection board, a colonel, lieutenant colonels, the dreaded Major Ango, Captains, Lieutenants and 2nd Lieutenants. The board comprised about 12-14 senior officers and they were all staring curiously at me.

After I had greeted the board members, Maj. Gen. S.O. Olabanji asked me to pick up a marker that laid on a plate and walk to the white board in front of me. That alone destabilized me as I wasn't expecting to use a marker for anything after the written test phase. I mean, it was supposed to be an oral interview, why the heck a marker? A million and one thoughts rushed through my mind in that split second.

But then, I picked up the marker and walked slowly to the white board. I looked up and saw.

Wondering what that was all about, I turned and looked at the board members, for the next directive.

I was dumbstruck. No less, because I wasn't expecting to be asked such elementary question in an oral interview of that magnitude.

That was comparative and superlative.

It is what everyone knows.

We all know that from primary school.

But this was different.

My head was blank.

For about 10 seconds I couldn't write anything.

My hands were shaking.

I was visibly tensed.

I had been overcome by fear.

And why wouldn't I be?

Imagine all those officers staring at me.

When it appeared that I wasn't going to write anything after about 15 seconds, Brigadier Gen. A. J. Aliyu said to me, 'young man, your CV says you graduated with a 2.1 in Mass Communication. If indeed you're the owner of this certificate, filling those blanks shouldn't be a problem for you.'

Many of the less senior officers seemed to have agreed with his line of thought, judging by the murmuring that followed.

But Maj. Gen. S.O. Olabanji, being the most senior officer called the officers to order.

He said to them, 'gentlemen, do not frighten the young man. This is my parade.'

He gestured to me to fill in blanks.

So I went to the last blanks and wrote, "worse, worst."

The room was deft with silence.

I turned and looked directly into the eyes of Maj. Gen. S.O. Olabanji for yet another inspiration.

And gestured to me to continue.

So I knew I had written the correct words into the blanks.

But that was it.

I wrote a couple of stuff in the other blanks but they weren't correct.

I knew they weren't correct, because I kept stealing glances at the board members, especially S.O. Olabanji, and reading their faces. 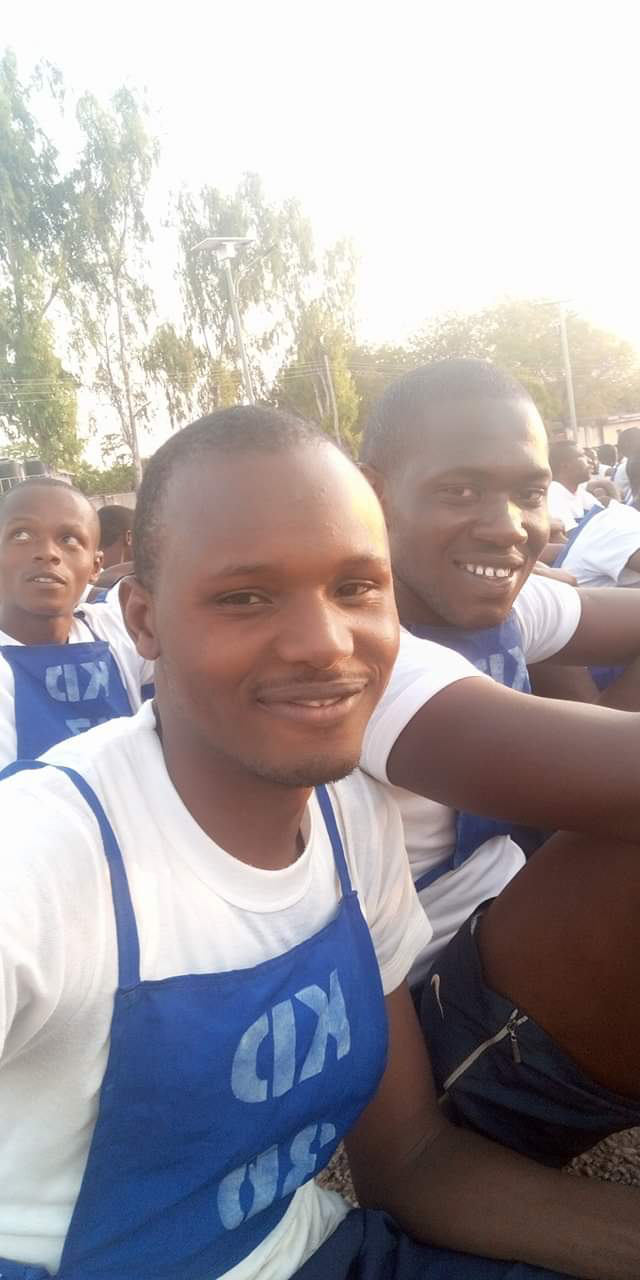 Then I heard the voice of Brigadier Gen. A.J. Aliyu, once again.

With a stern voice, he said to me, 'My friend that's enough. We don't have all day.'

So I walked back and returned the maker where I had taken it.

My head was bowed.

Sensing that I had been overwhelmed by disappointment, Maj. Gen. S.O. Olabanji asked me the following questions:

'What's the full meaning of ECOWAS?'

He asked me to explain the role of ECOWAS.

He asked me for the full meaning of OPEC.

He asked me to explain what Nigeria stood to benefit from being a member of OPEC.

And he said to me.

'You have done very well, young man. Do not be disappointed in your performance. You started poorly but finished strongly. I wish you the very best.'

The words were comforting. But I left that interview room convinced that I was not going to return to the academy in January 2020 and I did not return. 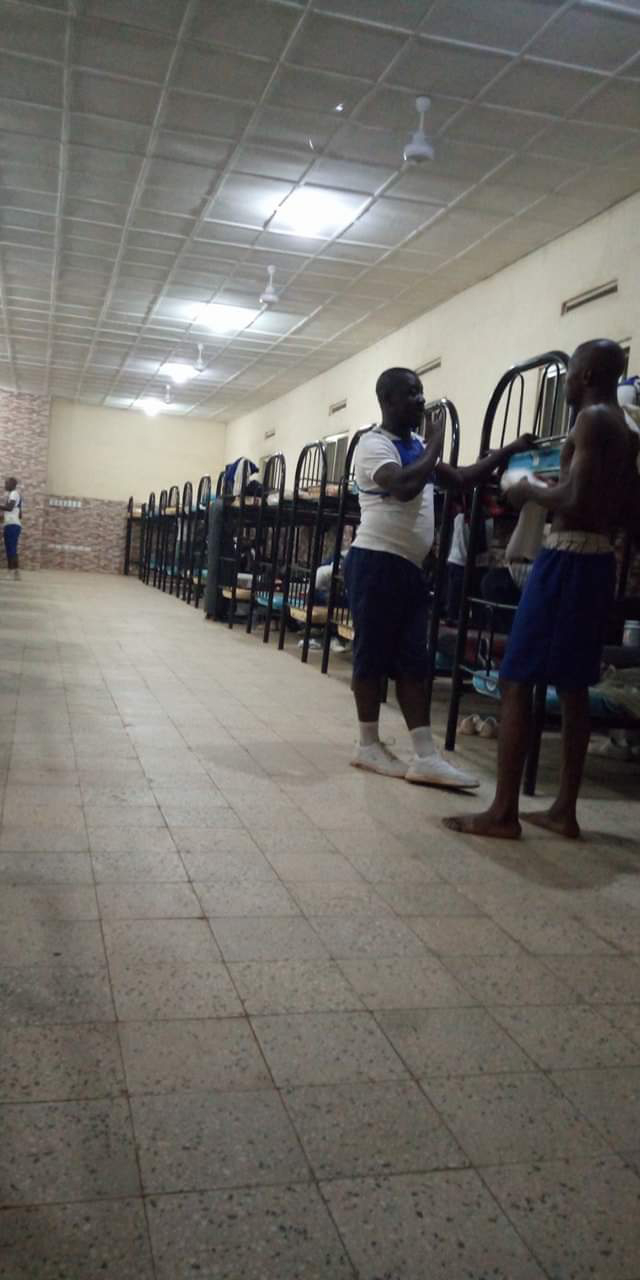 Truth is, even if I had been shortlisted, the chances that I would have gone back to the academy was 10 percent. The 10-day screening was a period of self-assessement and self-discovery for me. I realized that I am not one to follow orders. I learned that I am a deviant by default. I didn't fancy the prospect of saluting a more senior officer each time I sighted them. And I didn't see myself living a regimented life. But for the fact that I was tired of being jobless, I wouldn't have applied for short service.

The only other reason that constitutes the 10 percent of why I wanted to return to the academy was to be with a female friend I had made there, who goes by the name of Deborah Otusanya from Ogun State. 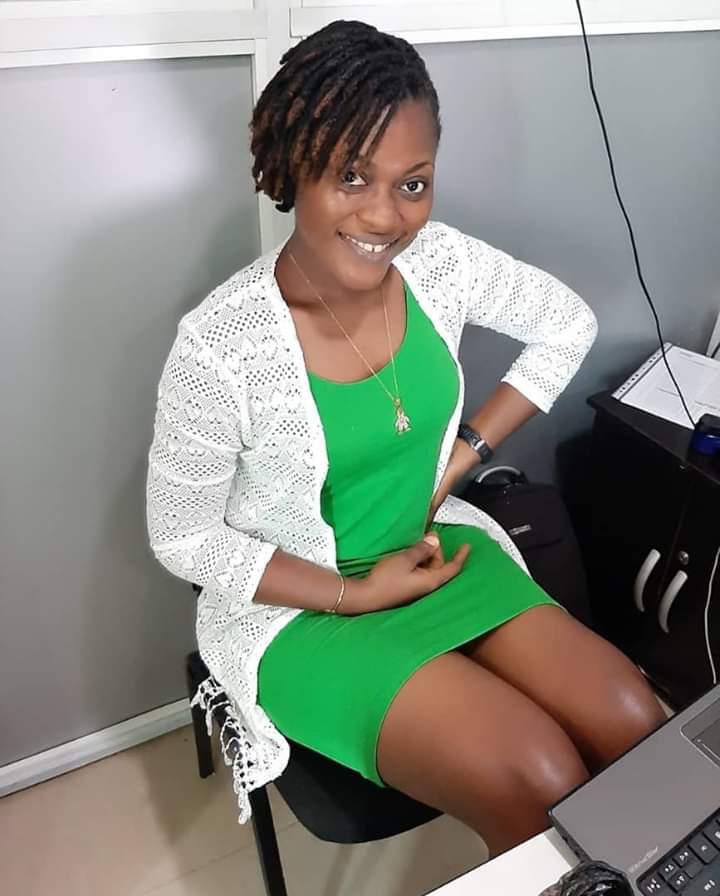 Deborah was someone I really liked and had bonded very well with during screening. She was the only girl from Ogun State who made it into the academy. As you read this, Deborah is undergoing a 10-month training at the academy. If she is successful - which I am 100 percent certain she would - Deborah would be graduating in October this year, as a 2nd Lieutenant. The story of my friendship with Deborah would be told on a different date.

I had deliberately refused to share this particular experience because I couldn't bring myself to tell my friends - many of whom hold me in esteem, and prayed that I made it to the academy - that that was I how I failed a little test that might have taken me to the academy.

I have shared this story with you for 3 major reasons:

i) because you deserve to know that even though I share English lessons on social media, I am miles away from being perfect in the language.

ii) to underscore the importance of continuous learning.

iii) because those who showed me great love, support and affection during my time at the academy deserve to know this particular truth. 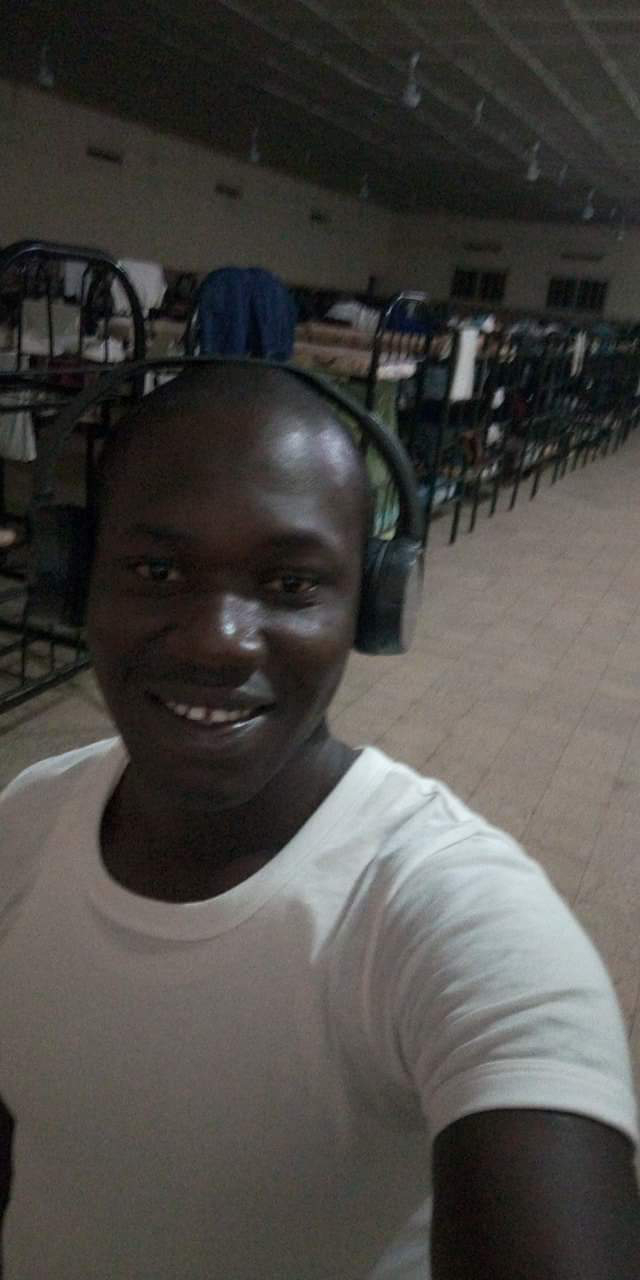 So, drop your pride and learn. If there is anything you don't understand in life, make conscious efforts to learn, especially if there is a willing teacher.

"....the race is not to the swift, nor the battle to the strong, neither yet bread to the wise, nor yet riches to men of understanding, nor yet favour to men of skill; but time and chance happeneth to them all."

Your time will surely come. 'Chance' in the passage means opportunity. What the verse is saying to us is that, for you to fulfil destiny, time and opportunity must coincide.

But not just that, you must be fully equipped and prepared to cease the moment when it arrives. The best form of preparation is to equip oneself with knowledge - and knowledge comes through humility and the desire to learn.

I want my experience to be etched in your memory forever. I want you to always remember that in one of the biggest stages I had ever stood, what made me fail was lack of basic knowledge.

I still think back to that date and wonder what might have been had I filled those blanks correctly. I am convinced that my destiny is not with the military, yet, I would have liked to have passed that oral interview and not be shortlisted because I am a very proud person who hates failure.

To this very day, that incident remains my lowest moment in life, and it would probably be for a very long time.

My prayer for you is: on the biggest stage in your life, when you're face-to-face with destiny, may you not falter due to lack of knowledge - and this why you must not despise learning.