By Techlord (self media writer) | 7 months ago

A popular Nollywood actor by the name, Chiwetalu Agu was arrested during the week by the men of the Nigerian army in Anambra State for wearing the flag of the proscribed Biafran flag. The army affirmed that they did not in any way assault him, but only arrested him for dressing himself with the Biafran uniform and, for possibly inciting the people of the South East against the Federal Government.

According to the statement released by the Director, Army Public Relations, Brigadier-General Onyema Nwachukwu, he affirmed that the military has resolved to restore law, order and sanity in this part of the country. The statement gave credence to the fact that he was not in any way brutalized even though he attempted resistance initially. 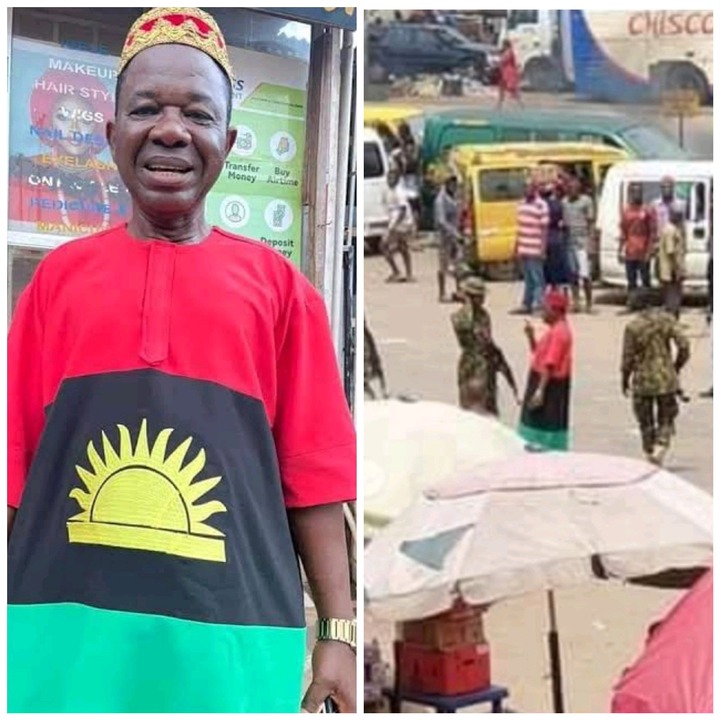 However, troops of the Nigerian army who arrested him viewed his act as an attempt to solicit support for the proscribed Indigenous People of Biafra, IPOB. They urged people to disregard the false reports making rounds that he was brutalized. Given the tension and security exercises taking place in this region, the army notes that the popular actor has carried out uncharitable disposition and has been taken into custody for further investigation.