By AmeboHunter (self media writer) | 4 months ago

Three IPOB members were neutralized, according to the Imo State Police Command, who were terrorizing the Orlu village. The command spokesperson, CSP Michael Abattam, announced the announcement in a statement on Saturday. As part of its continuing clearance operations, the police spokesperson stated the command stormed significant IPOB/ ESN camps in the state.

Security operatives spotted IPOB/ ESN members in an isolated unfinished structure at Amaifeke in Orlu Local Government, according to CSP Michael. As the cops approached the hideout, a gunfight broke out, and three members of the group were slain. According to the statement, Imo Police agents detained Emeka Sunday ‘M', 20, and Anthony Okeke ‘M', 44, while others ran into the woods with bullet wounds. 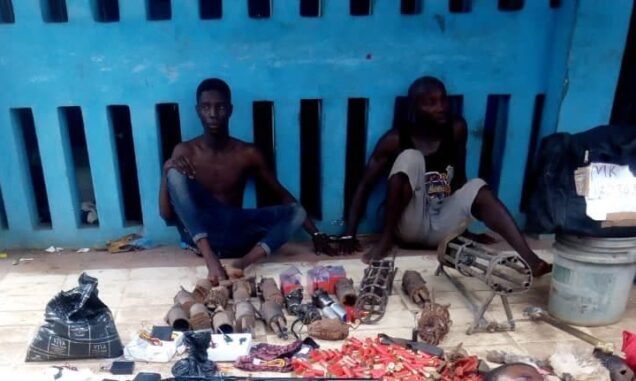 CSP Michael accused the IPOB gang of being behind a series of high-profile kidnappings and armed robberies in the Orlu axis. He mentioned that many members of the organization were on the police's wanted list, with Chidera Nnabuhe a.k.a. Dragon being one of them. He claimed that arrested detainees are being interrogated in order to lead police to additional gang members.