When we talk about deadly wars, then Vietnam is a perfect example, some of the primary military organizations involved in the war were as follows: One side consisted of the Army of the Republic of Vietnam (ARVN) and the United States armed forces, while the other side consisted of the People's Army of Vietnam (PAVN) commonly called the North Vietnamese Army, and the National Front for the Liberation of South Vietnam, a South Vietnamese communist guerrilla force.

Daniel Ellsberg contends that U.S. participation in Vietnam had begun in 1945 when it gave support to a French effort to reconquer its colony in Vietnam, a nation which had just declared independence in August 1945. 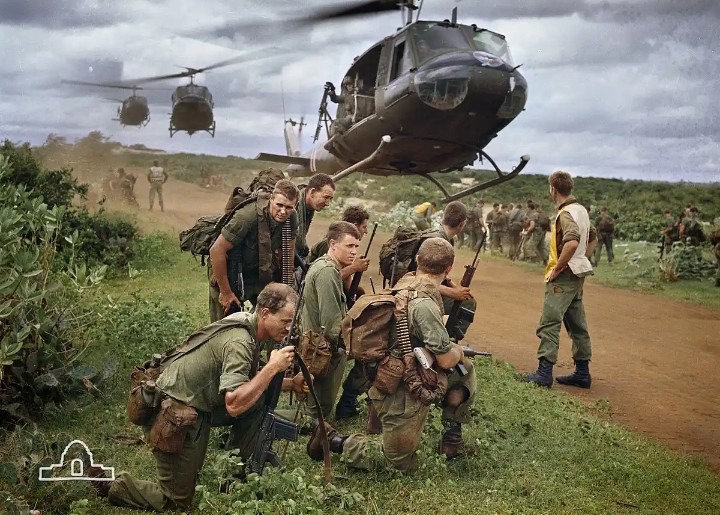 Indochina was a French colony during the 19th century. When the Japanese invaded during World War II, the Viet Minh opposed them with support from the US, the Soviet Union and China. They received some Japanese arms when Japan surrendered. The Viet Minh, a Communist-led common front under the leadership of Ho Chi Minh, then initiated an insurgency against French rule. Hostilities escalated into the First Indochina War (beginning in December 1946). 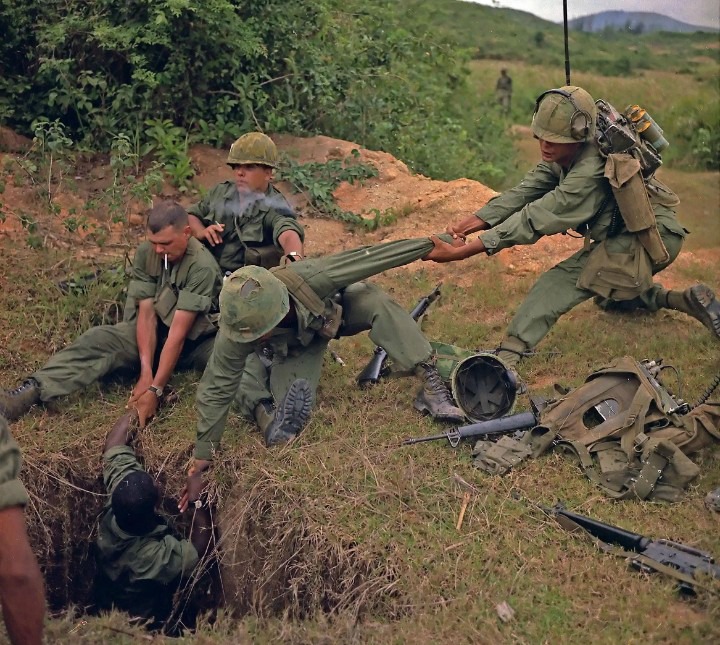 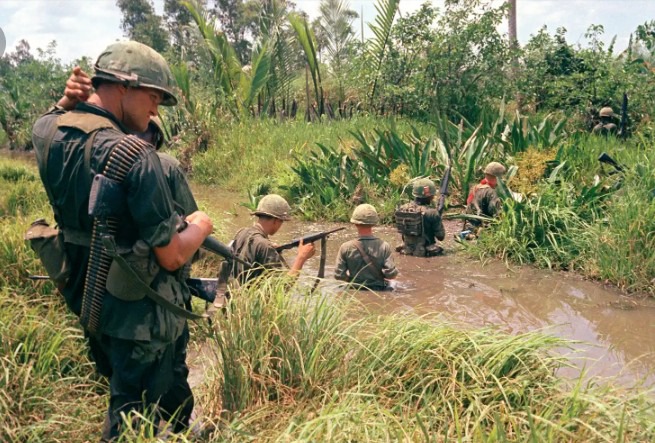 By the 1950s, the conflict had become entwined with the Cold War. In January 1950, China and the Soviet Union recognized the Viet Minh's Democratic Republic of Vietnam, based in Hanoi, as the legitimate government of Vietnam. The following month the United States and Great Britain recognized the French-backed State of Vietnam in Saigon, led by former Emperor Bảo Đại, as the legitimate Vietnamese government. The outbreak of the Korean War in June 1950 convinced many Washington policymakers that the war in Indochina was an example of communist expansionism directed by the Soviet Union.

Military advisors from the People's Republic of China (PRC) began assisting the Viet Minh in July. PRC weapons, expertise, and laborers transformed the Viet Minh from a guerrilla force into a regular army. In September 1950, the United States created a Military Assistance and Advisory Group (MAAG) to screen French requests for aid, advise on strategy, and train Vietnamese soldiers. By 1954, the United States had spent US$1 billion in support of the French military effort, shouldering 80 percent of the cost of the war. 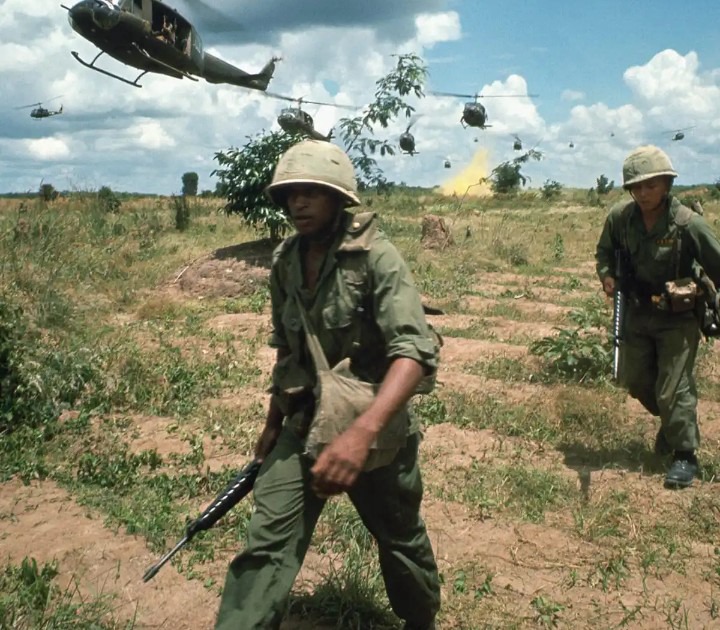 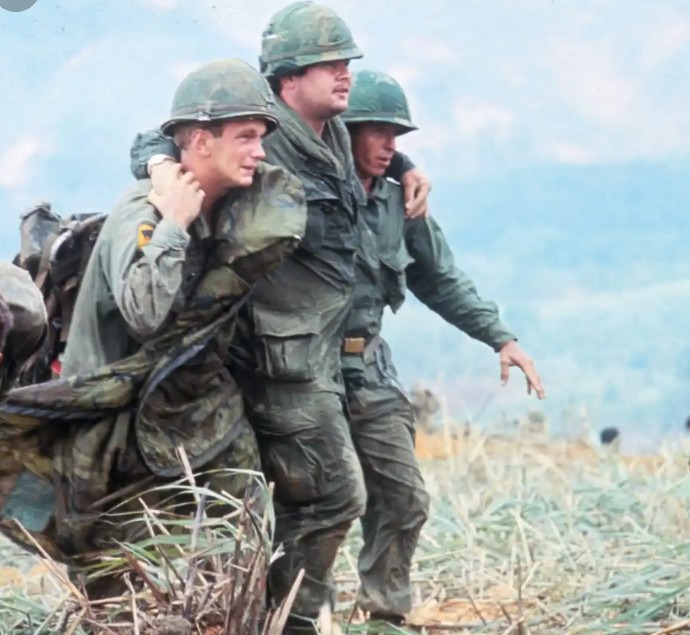 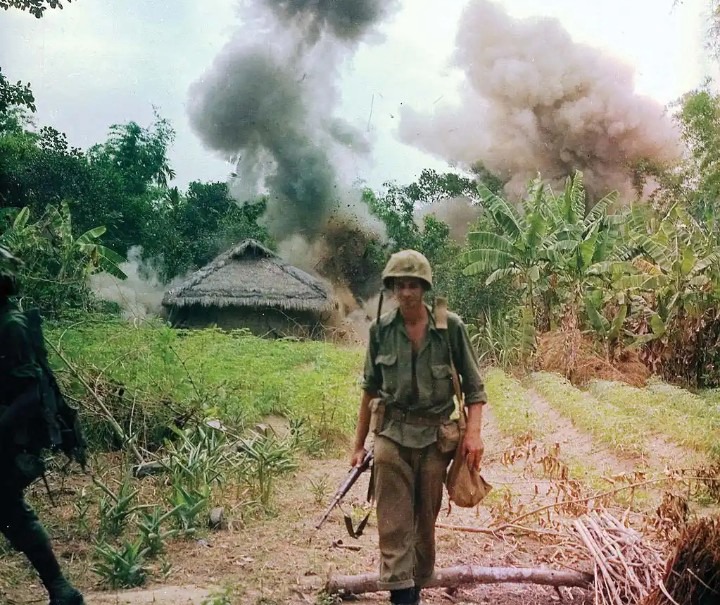 During the Battle of Dien Bien Phu, U.S. carriers sailed to the Gulf of Tonkin and the U.S. conducted reconnaissance flights. There were also talks between the French and Americans in which the possible use of three tactical nuclear weapons was considered, though reports of how seriously this was considered and by whom are vague and contradictory. According to U.S. vice president Richard Nixon, the plan involved the Joint Chiefs of Staff drawing up plans to use three small tactical nuclear weapons in support of the French. Nixon, a so-called "hawk" on Vietnam, suggested that the United States might have to "put American boys in". 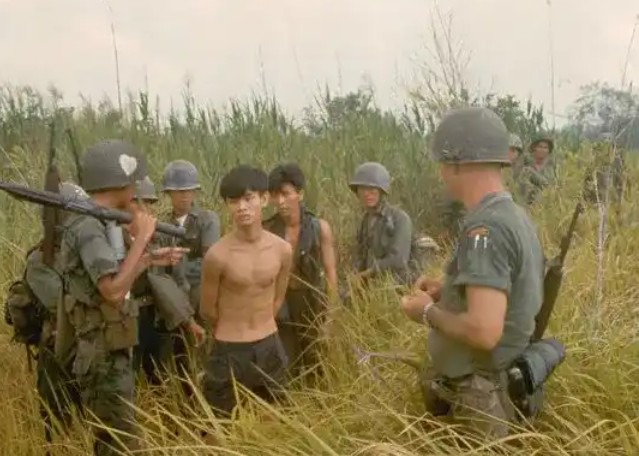 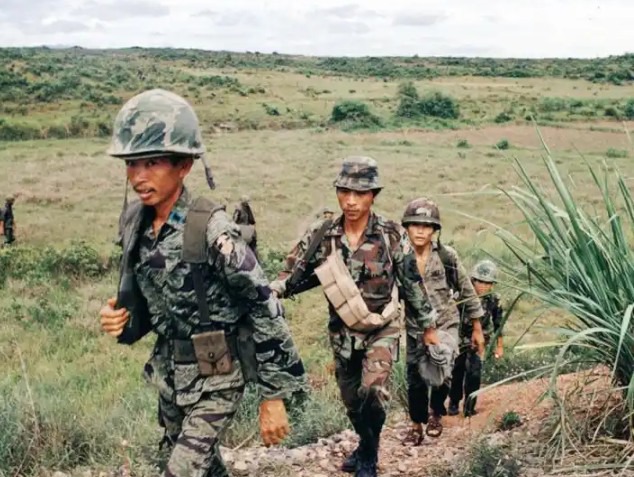 The U.S. president Dwight D. Eisenhower made American participation contingent on British support, but the British were opposed. Eisenhower decided against U.S. military intervention, being wary of getting the United States involved in a land war in Asia. Throughout the conflict, U.S. intelligence estimates remained skeptical of French chances of success. 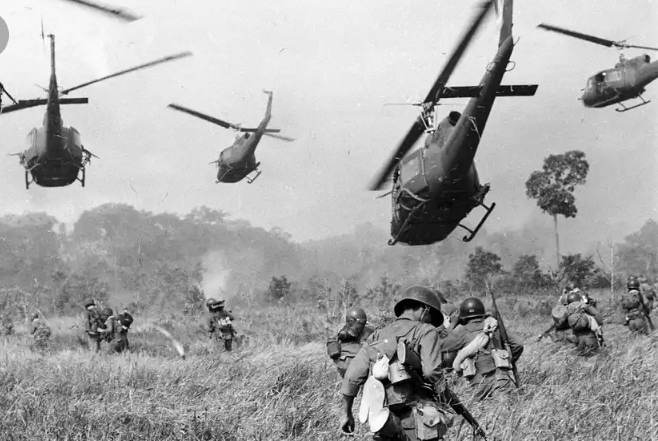 On 7 May 1954, the French garrison at Dien Bien Phu surrendered. The defeat marked the end of French military involvement in Indochina. At the Geneva Conference, the French negotiated a ceasefire agreement with the Viet Minh, and independence was granted to Cambodia, Laos, and Vietnam.