By ReignJerry (self media writer) | 24 days ago

A female Youth Corper who is serving at a Military base in Calabar was dehumanized some days back by a Female Army Officer who poured an unknown substance on her because she allegedly exchanged words with her. The act which was greatly condemned by Nigerians is what has never happened before as the NYSC uniform is supposed to serve as a shield to serving corp members from any unlawful punishment. I believe anyone who wears the uniform to serve his/her fatherland should be given the respect they deserve, because it is not easy to spend 4 years, 5 years or even 6 years in school and choose to do the mandatory 1 year National Service only to be dehumanized by a Military Personnel.

The dehumanized female corper who left Calabar has revealed what she passed through while in Calabar. In a video posted by Lindaikeji on Instagram, the lady said she is thankful to God for coming out of Calabar after the awful incident and that she felt so embarrassed the day she was bathed with dirty water. 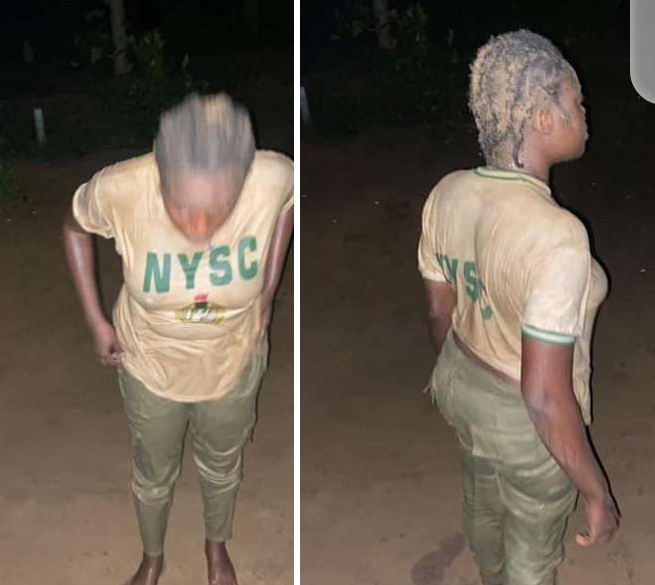 As ugly as the act was, I believe there are two things to note after she revealed how she felt the day she was dehumanized; the first thing I will be speaking on is what the Nigerian Army did and the second is what the lady did.

1. The Nigerian Army Does Not Support 'Evil'

The Nigerian Army did the best thing by immediately reacting to what one of their colleagues did. The dehumanized female corper also said that she was never threatened by her colleagues after the video went viral and when she was invited, they all felt bad for what one of their colleagues did. I am so sure that the Nigerian Army does not support evil because even when I served as a corper some years back, such punishment was never given to anyone; the worse they did was to tell corpers who disobeyed them to squat for a while.

It is obvious that the female Army Officer allowed her emotions to control her actions because serving Corp members are seen as "Federal Government's Children" and most times when you're on your NYSC kit, you might even be favoured by others.

2. The Female Corp Member Was Calm While Being Dehumanized

The beauty of this story is that the female corp member did not retaliate, had it been she did that, it would have been a different story entirely. She was told to kneel down, she obeyed and when the female Army Officer was pouring an unknown substance on her, she was calm enough to bear the pain and shame.

The calmness of this lady is the reason why she is seen as a 'good person' who never thought of fighting back and that is one major reason why the video went viral and made her to become popular. Even when she was asked what should be done to the female Army Officer who dehumanized her, she was indecisive as she said the law should take its full course.

I see this lady as someone who was well-trained by her parents, what about you?