About a thousand prisoners have reportedly escaped from the Abolongo prison in Oyo town after some gunmen attacked the correctional centre and freed all inmates. 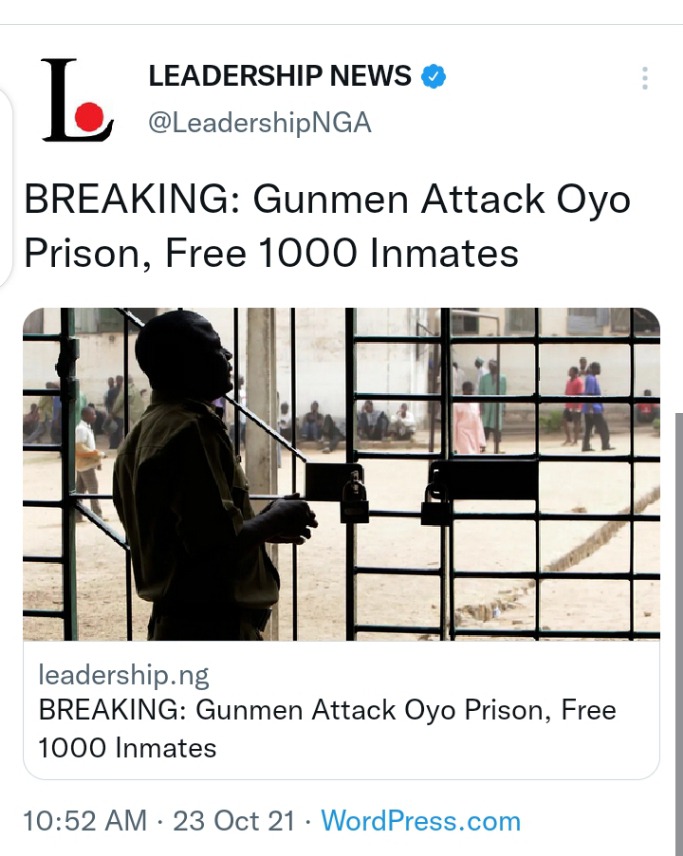 According to a source, the gunmen arrived in their numbers around 10:00 p.m. on Friday night and began shooting sporadically before releasing the inmates who fled to various locations.

He added that two soldiers and two Amotekun corps were killed in the gunfight with the attackers, who later detonated dynamite to break down the prison wall and gain access.

However, the source added that security has been beefed up in Oyo and environs on Saturday morning, a development leading to the re-arrest of some of the inmates who fled. 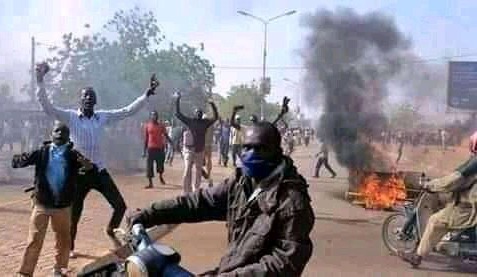 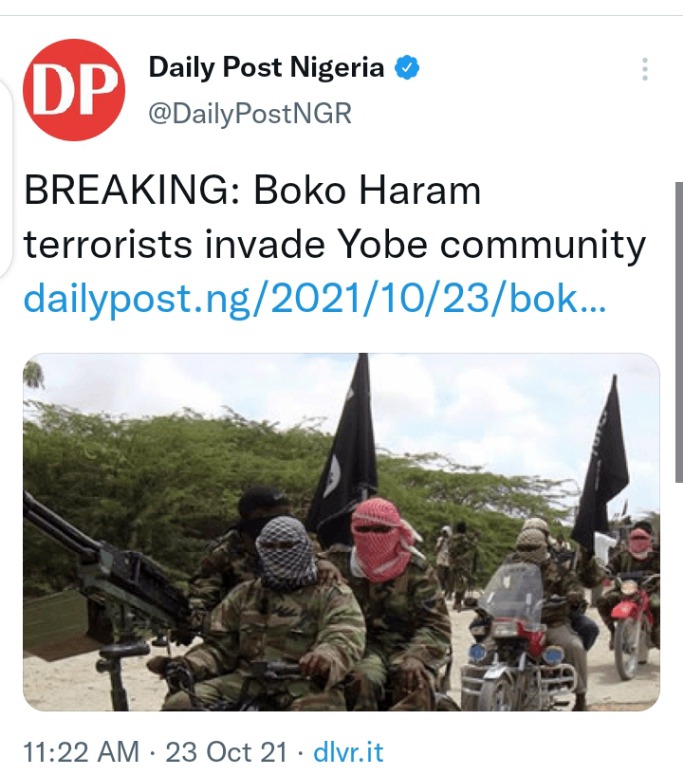 According to a source who spoke to DAILY POST from a hidden place, the attackers drove into the village in a convoy of gun trucks around 8 a.m., shooting sporadically.

He claimed that troops stationed in the area engaged the attackers.

Government failing in its responsibilities to youths - Atiku

Atiku Abubakar, former vice-president, says the government is failing in its responsibilities to the youths. 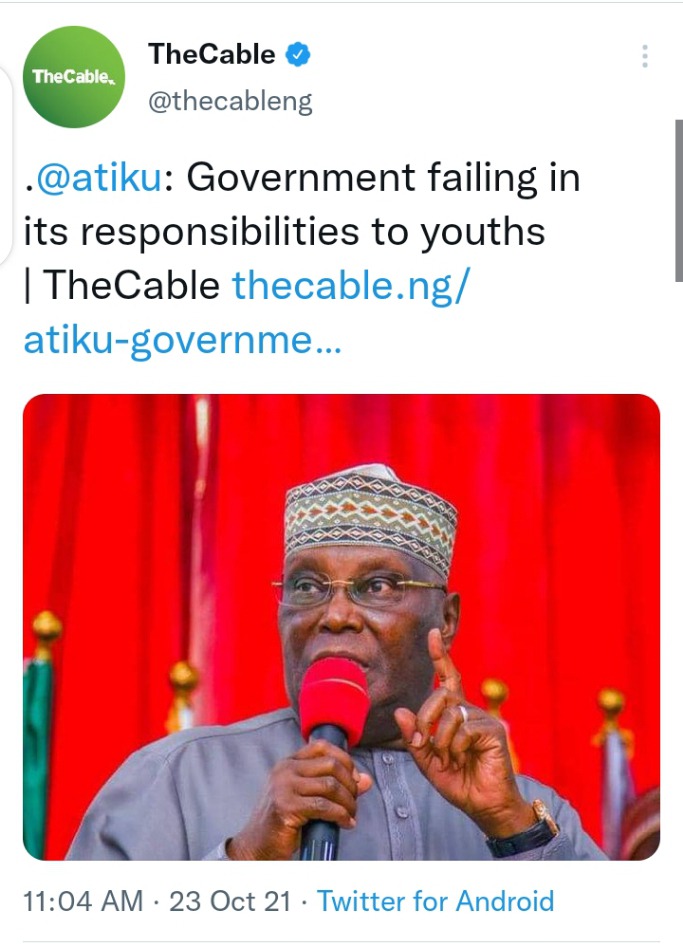 The former presidential candidate spoke on Friday at the graduation ceremony of Baze University in Abuja.

Abubakar said the attacks on schools across the country pose a serious threat to education.

“How does education improve a society? Education, knowledge, is the foundation of any society. In our globalised and technological world, national wealth is more and more based on knowledge, innovation and on entrepreneurship. It is education that makes these possible. And especially for a country like Nigeria, that education must be available to girls as well as to boys,” he said.

Vice President Yemi Osinbajo, the Governor of the Central Bank of Nigeria (CBN), Godwin Emefiele and the Lagos State Governor, Babajide Sanwo-Olu, on Friday, made a strong case for an increase in investments in the health sector to curb about N6 billion spent on medical tourism yearly. 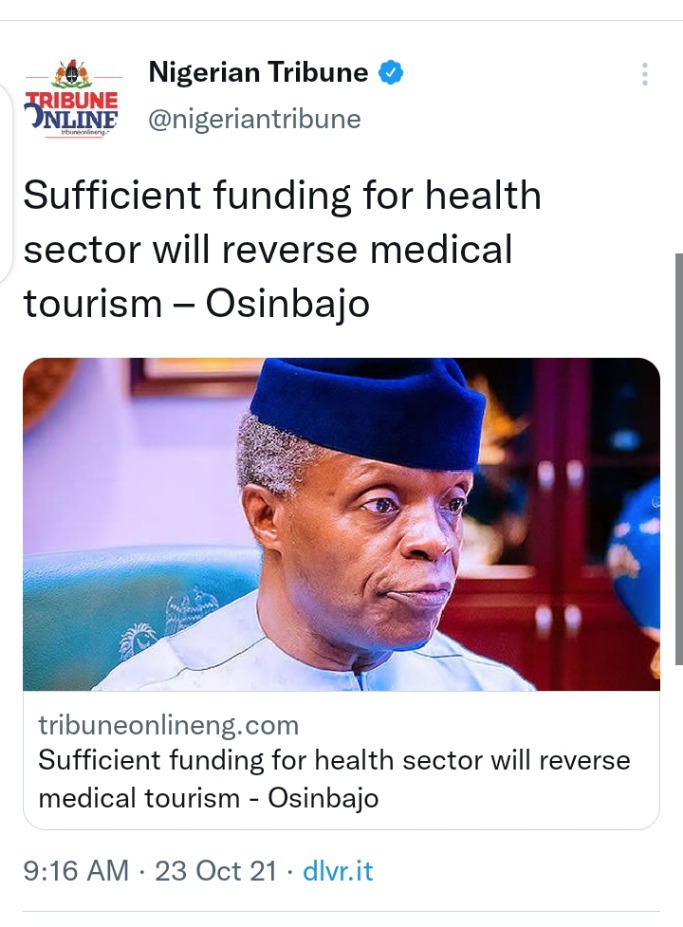 The trio made the call in Lagos at the unveiling of Duchess International Hospital, a multi-million-naira state-of-the-art health facility funded by Access Bank Plc.

Osinbajo said Nigeria had world-class talents, ideas and other resources required to develop and manage global health facilities if there was sufficient funding, stressing that delivering the highest standards of healthcare would reverse medical tourism.