Nnamdi Kanu makes a fresh update on Eastern Security Network, reveals who the group is after.

By NollymoviesPlanetTV (self meida writer) | 27 days 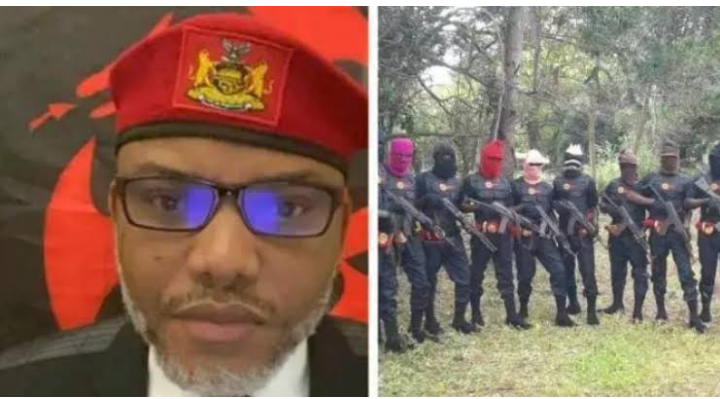 Self exiled leader of the outlawed secessionist group known as the Indigenous People of Biafra (IPOB), Mazi Nnamdi Kanu has just made a fresh update regards his recently formed security outfit, Eastern Security Network (ESN). According to the leader of the proscribed IPOB, Mazi Kanu, he revealed the essence of him forming the ESN, who the group is after and whom there are not after.

Kanu said that ESN is actually not after any group of people, any particular religion or tribe, but that his security outfit is only after terrorists group, simply because they kill innocent Nigerians, regardless of their tribe or religion, hence his mission to put an end to their rampaging activities and menace, through the Eastern Security Network (ESN). Further, Kanu said that anyone who is opposed to the existence and modus operandi of the Eastern Security Network is either a terrorist or otherwise.

"Eastern Security Network is not after PEOPLE or any tribe/religion.

ESN is after TERRORISTS because terrorists kill people, regardless of tribe/religion.

If you’ve a problem with that, you’re either a terrorist or a sl*ve," Nnamdi Kanu tweeted hours ago. 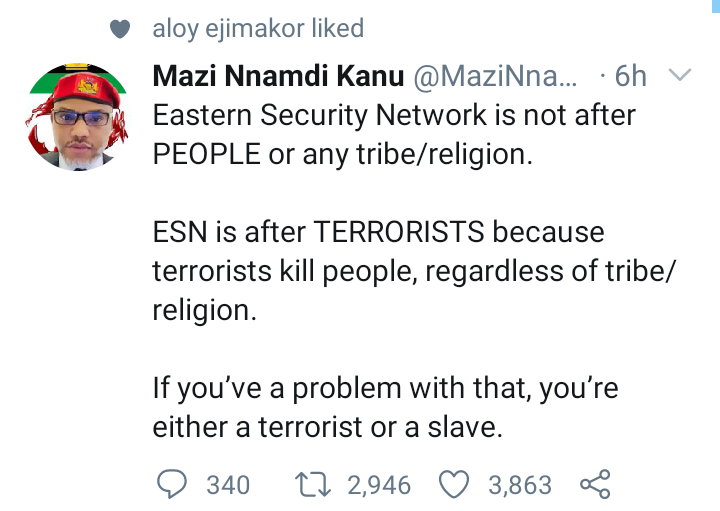 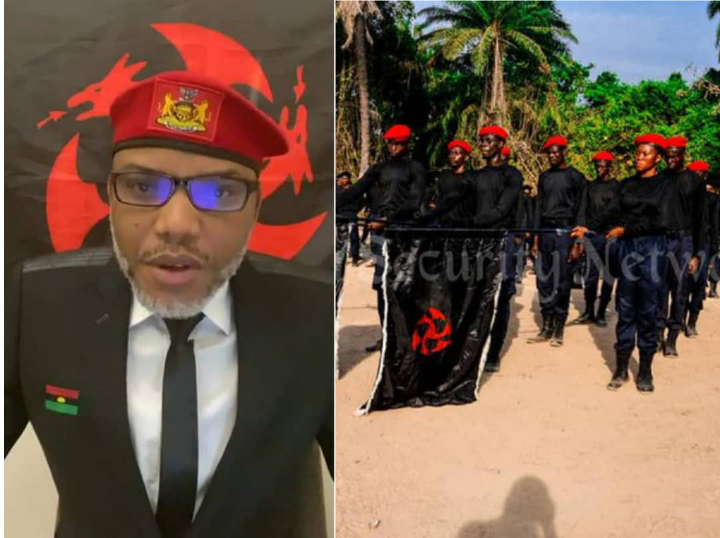 "This ESN looks like online security. Despite mouthing thier name often, they have not succeeded in dislodging the Fulani terrorists from the vast majority of Igbo villages where they terrorise. Uzo Uwani Enugu is a good example," @Nastearr wrote in reacted.

"The system, document and foundation is scam and fraudulent," @Kar97622898 commented.

"Contradictions! You didn't thought of these sweet words before giving the green light to blow up a correctional facility and a police station freeing all sorts of criminals?" @MusaYakubumust2 tackles Nnamdi Kanu.

Read more reactions and comments below... 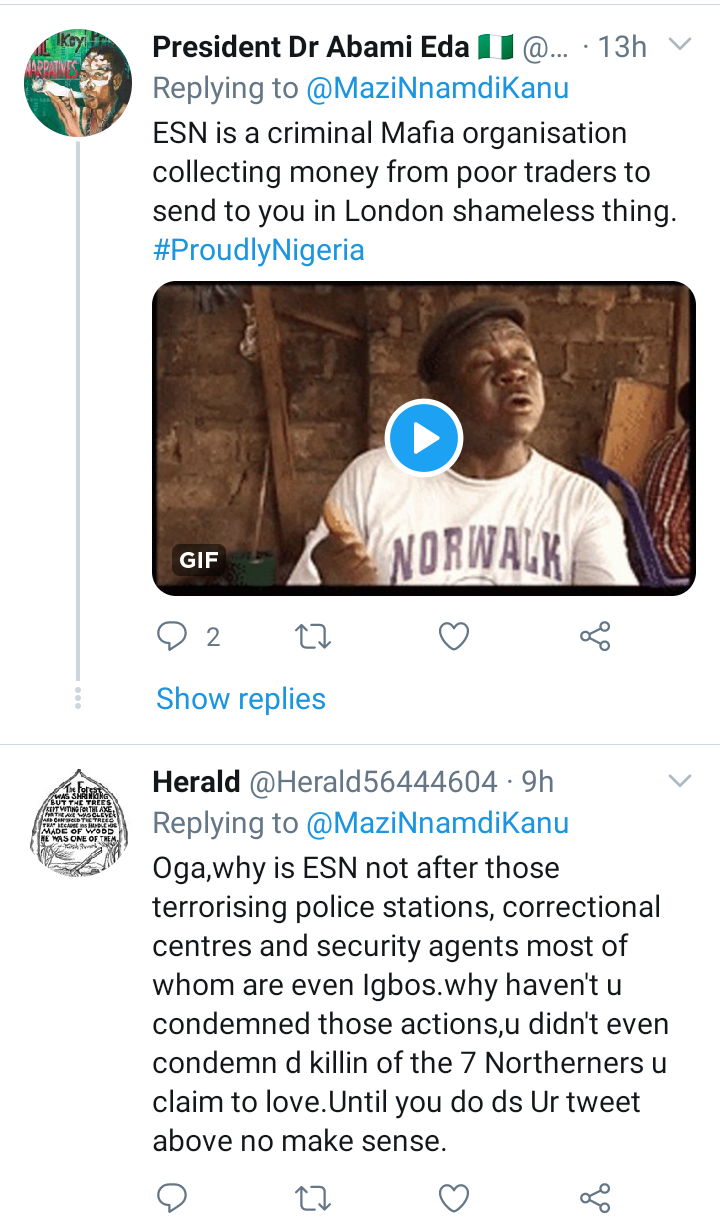 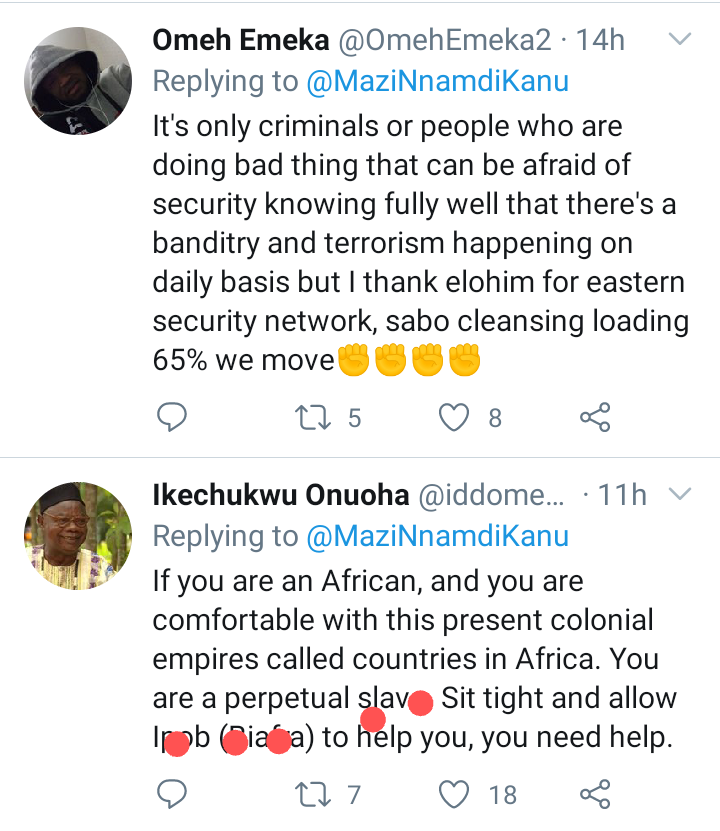 Dear Ankara Dress Fans, Check Out These Designs That Will Look Good On You

Sad Photos Of Prisoners In Nigeria & Other Parts Of The World

These 20 Hilarious Pictures Will Genuinely Keep You Entertained (Photos)