By Viral-Trends (self media writer) | 1 year ago 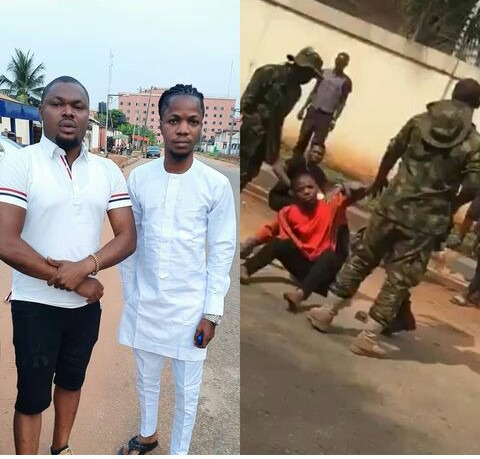 At last, justice is partly served for the young man that was roughly dealt with by some soldiers, including female officers.

Over the weekend, a human rights activist known as Harrison Gwamnishi, raised an alarm and also shared a video of some security operatives, the Army and Civil defence corps dehumanizing a young man in Asaba, Delta state. 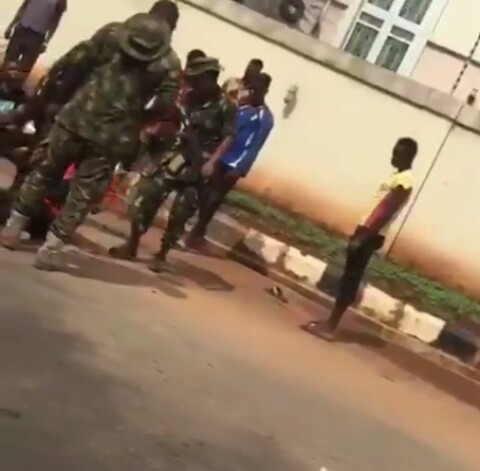 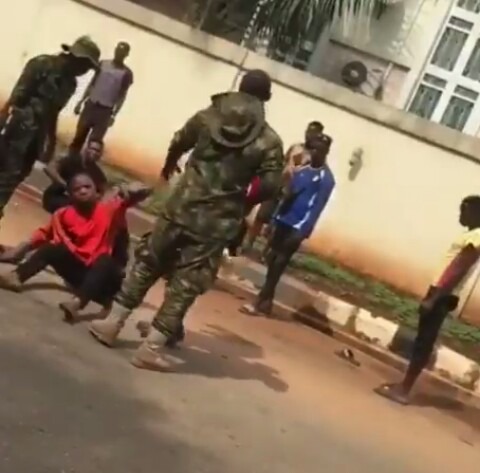 Although the reason for the assault by the military men wasn't stated, but the manner they did it sparked outrage on social media.

The young man who was later identified as Godson, age 28 years old, reportedly sustained several degrees of injury after the incident. 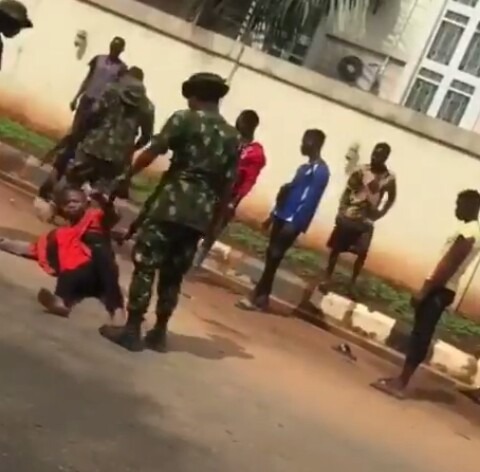 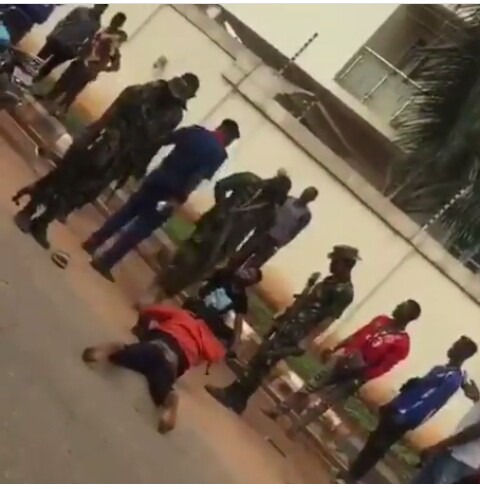 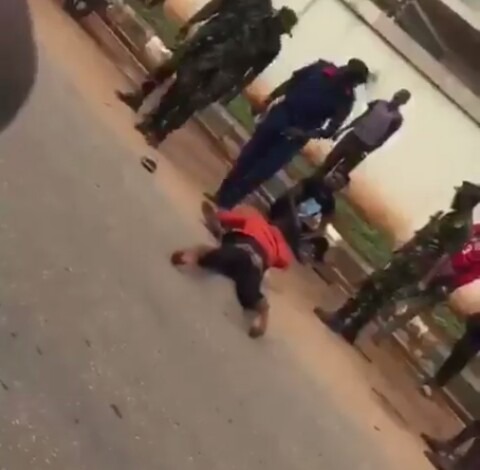 However, in an update by Mr. Harrison Gwamnishu, the founder of Behind Bars Human Rights Foundation, he said that all the soldiers involved (both male and female) have been arrested and detained.

See the update below 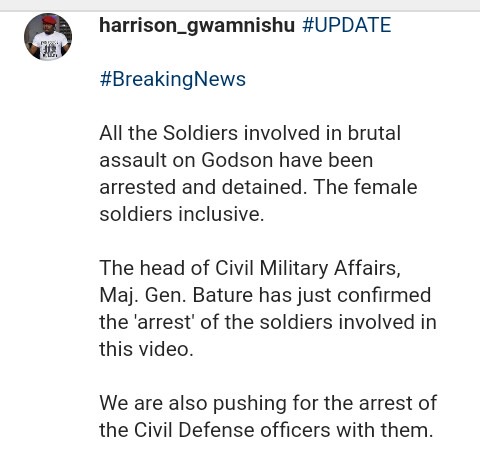 According to him, the head of Civil Military Affairs, Maj. Gen. Bature, confirmed the arrest of the soldiers involved in the viral video.

Mr. Harrison, who is also a Youth Representative in the Judicial Panel of Inquiry in Delta state, also called the attention of the State government and Dr. Ifeanyi Okowa, the executive governor of the state to act on the issue.

Mr. Harrison and his team, are also pushing for the arrest of the Civil Defense Officers that were with the soldiers on the day of the incident. 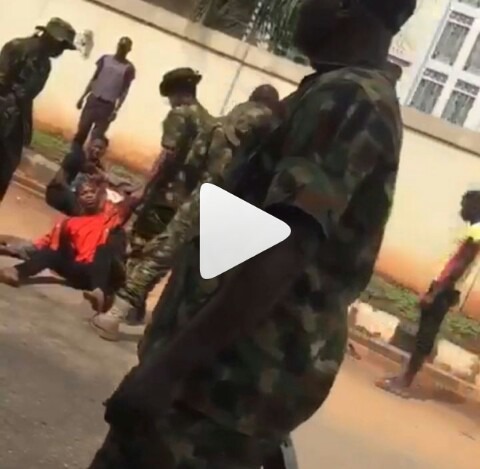 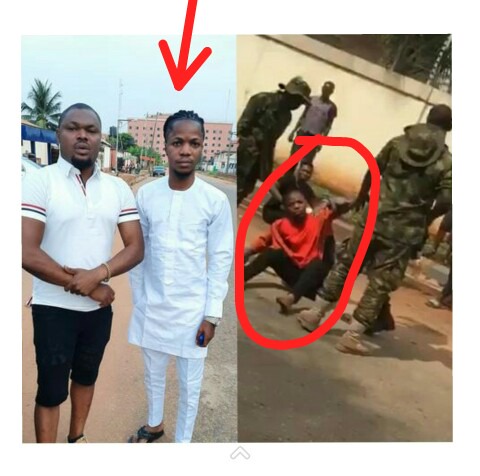