By Storyhub (self media writer) | 11 months ago As reported, the US lawmakers on the Senate Foreign Relations Committee have reportedly delayed clearing some defence equipment to Nigeria.

According to the US official familiar with matter, the deal is worth $875 million. 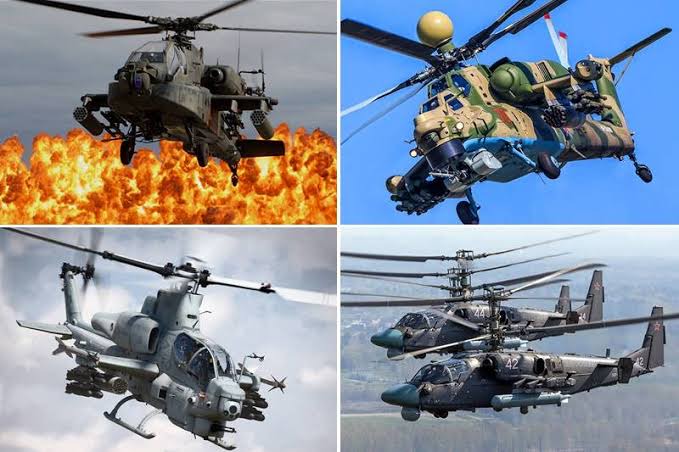 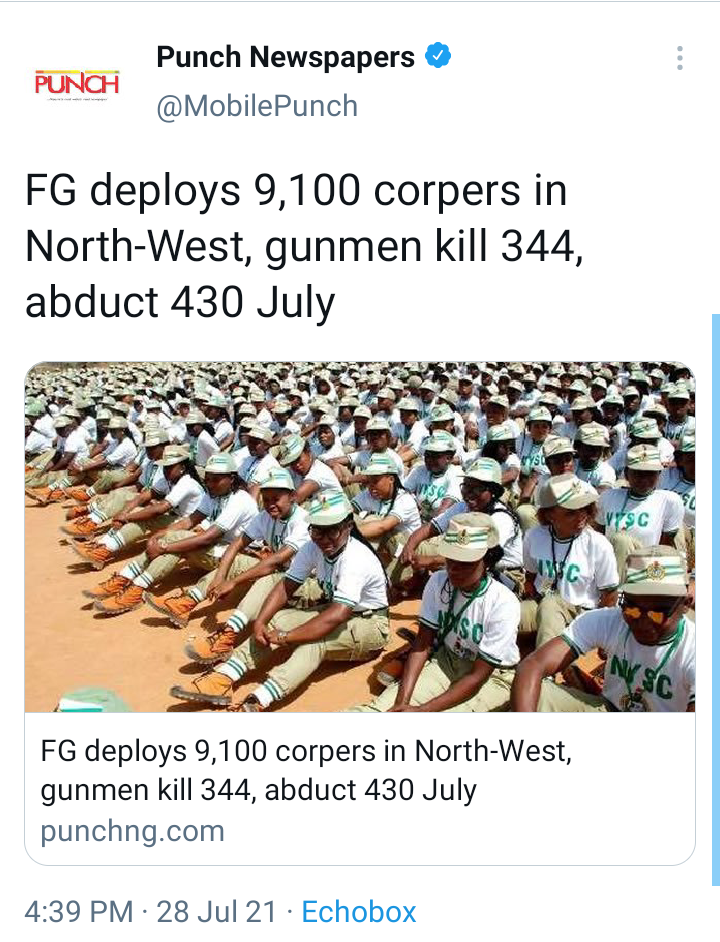 No fewer than 9,100 corps members have been deployed to the 7 states in the North - West amid deepening insecurity in the region.

Across the country, It was reported that at least 430 people have Kidnapped while 344 killed in the last four weeks.

According to The Punch, about 189 persons have been murdered while 376 Kidnapped in Zamfara and Kaduna states alone. 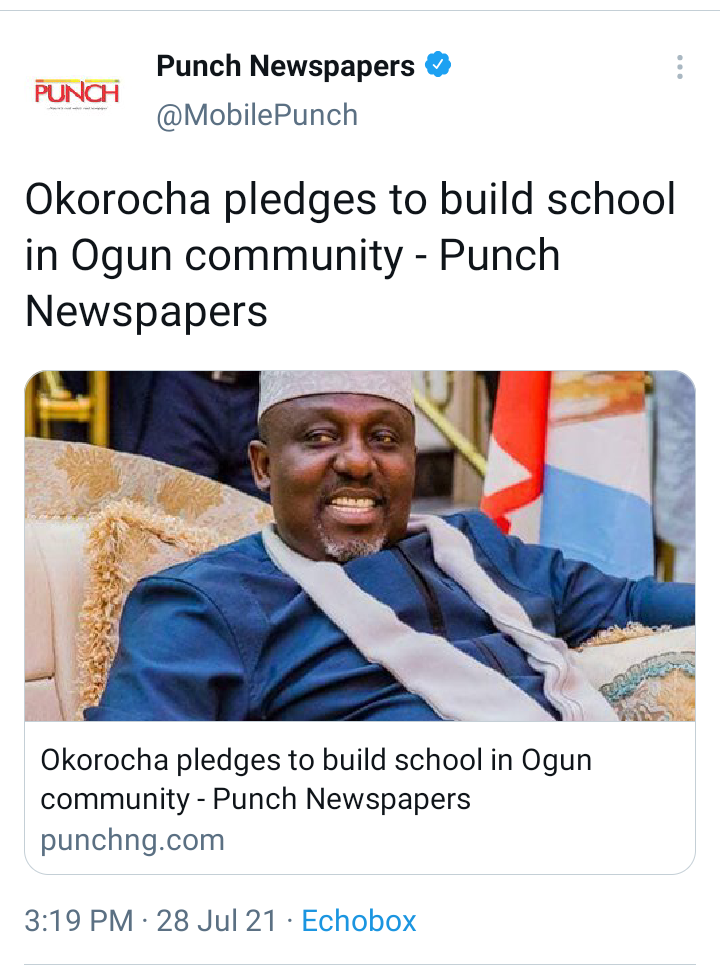 Senator Rochas Okorocha has promised to build a school in the border town of Ogun State for the underprivileged.

Okorocha, a former governor of Imo State, said this after he was offered the chieftaincy title of Otunba Asoludero of Iselu Kingdom by Oba Akintunde Akinyemi.

After accepting the chieftaincy title, Okorocha said he would reciprocate the gesture by using his foundation to establish a school in the community. 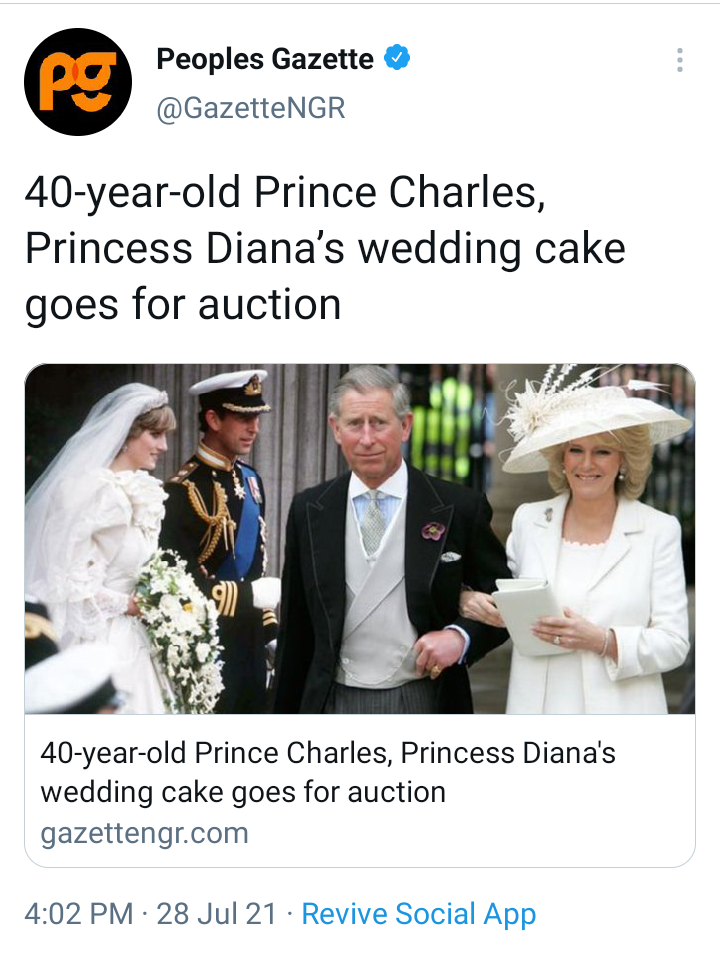 Aslice of the Prince and Princess of Wales's wedding cake goes for auction 40 years after Charles and Diana tied the knot.

The anniversary of their wedding, when Charles married lady Diana in July 29,1981 falls on Thursday.

However, their marriage did not last as they got divorced in 1996. 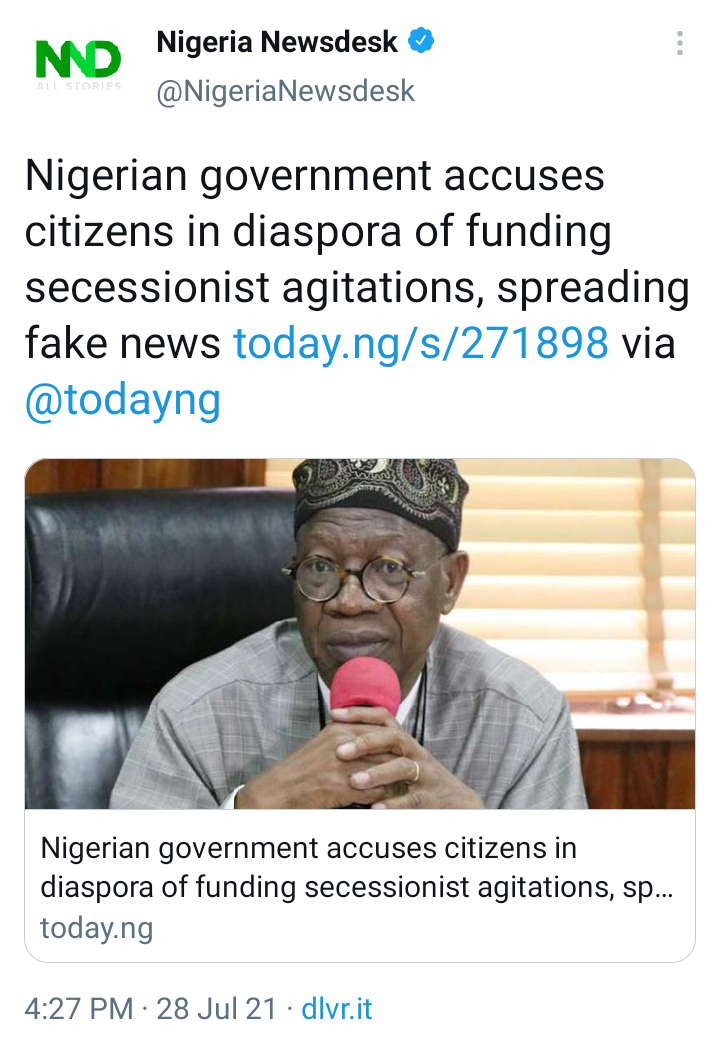 The minister of Information and culture, Lai Mohammed has condemned Nigerians in Diaspora claiming that they are involved in financing secessionist activities in Nigeria.

Mohammed made this claim in Abuja at a meeting with the members of the Nigerians in Diaspora Organization (NIDO), UK Chapter.

The minister also said the Federal Government will take possession of the returned Benin artefacts.