By TheOdelek (self media writer) | 3 months ago

Three persons were confirmed dead as soldiers were seen to have raided Izombe community in Oguta LGA of Imo State on Friday, the 8th of October. 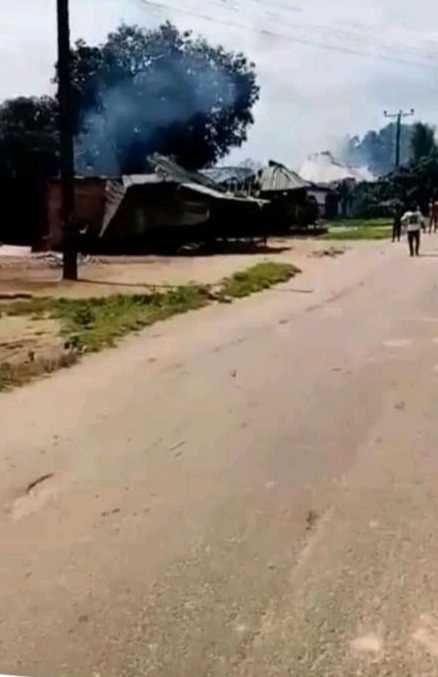 It was reported that the palace of the traditional ruler, Pius Muforo of Aborshi-Izombe community was razed. Also were several houses in the community. A community leader from Umuokwu village, James Imo, stated that over 50 houses were burnt down.

Although the exact cause of the raid is still unknown, the News Agency of Nigeria (NAN) reports that the communities of Osobod, Eziorsu and Izombe have been involved in oil bunkering operations.

Mr James further stated, "I was informed that two military men were killed and their vehicles set ablaze after the two military personnel had killed one young man, Chukwunonso Iherue, in Umuokwu-Izombe. The problem arose from a misunderstanding between the youth and the soldiers over crude oil bunkering activities." He confirmed that the youth had fought back against the soldiers, and had seized their guns. The military personnel had then run to the palace to seek refuge but the angry youth brought them out and set the place ablaze.

Content created and supplied by: TheOdelek (via Opera News )