By OhAfriculture (self media writer) | 5 months ago

Without a question, the country is gradually winning the war against insurgency, which has been a thorn in Nigeria's flesh for many years. Over 300 Boko Haram fighters, including their 746 families, have surrendered to the military in Borno State. 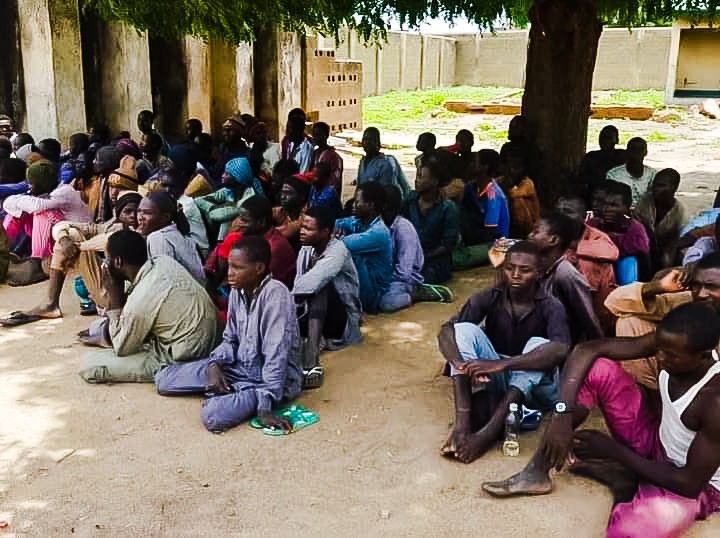 However, it was stated by a credible source that the terrorist groups' camp has been plagued by unimaginable hardships, including internal crises, hunger, and health issues, which have made life miserable for many of the militants, leaving them with no choice but to surrender. The preceding are among the reasons Musa Adamu nicknamed Mala Musa, a bomb expert and Boko Haram leader, and his deputy, Usman Adamu, as well as other terrorists and families, voluntarily surrendered to the government. 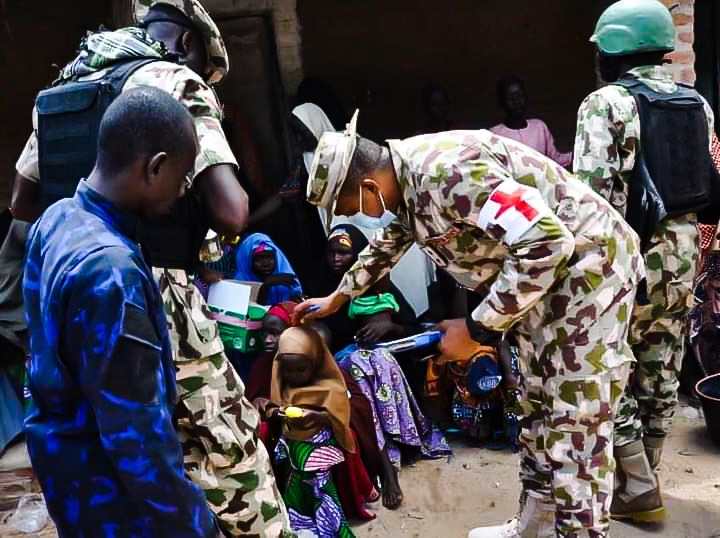 According to a statement signed by Onyema Nwachukwu, the Public Relations Officer read that the military welcomed the surrendered Boko Haram terrorists and their families on Saturday, August 7, 2021, in Hadin Kai in the Bama Local Government Area of Borno State. 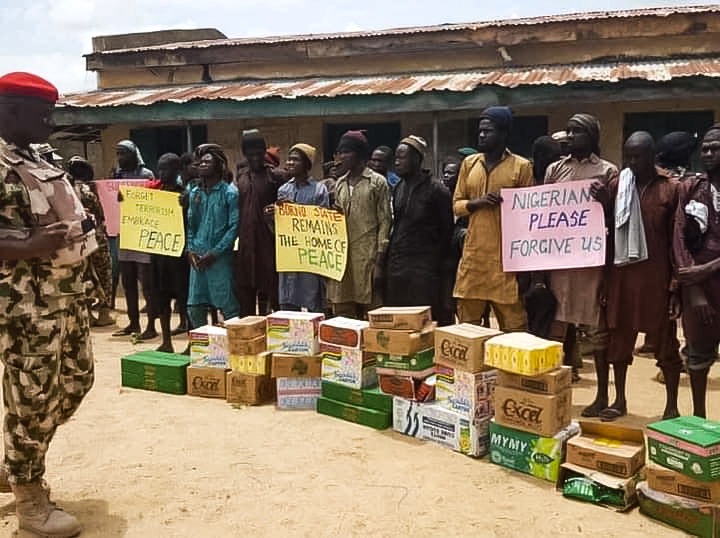 Meanwhile, "Nigerians, please forgive us," "Borno remains the home of peace," "Forget terrorism and embrace peace," and many more words were displayed on the repentant terrorists' banners as they received the military in Borno State.

Nevertheless, the military provided them with food, supplies, and toiletries, as well as evenly shared clothes for them.

Check out the below photos; 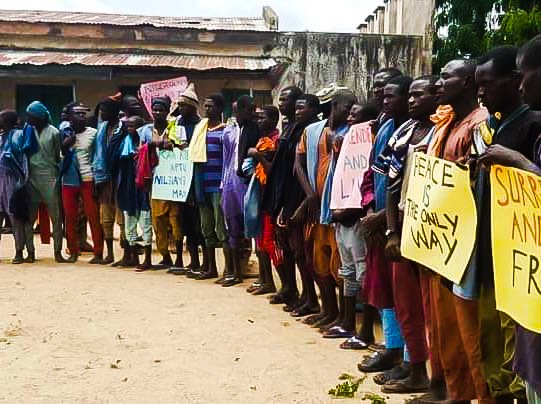 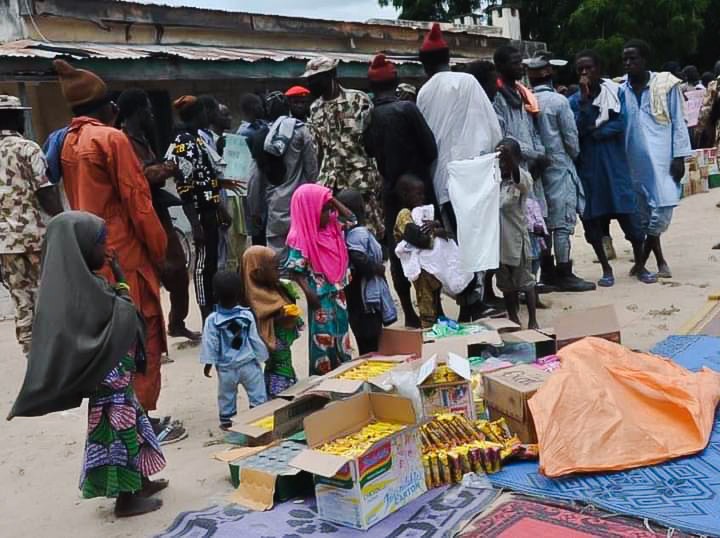 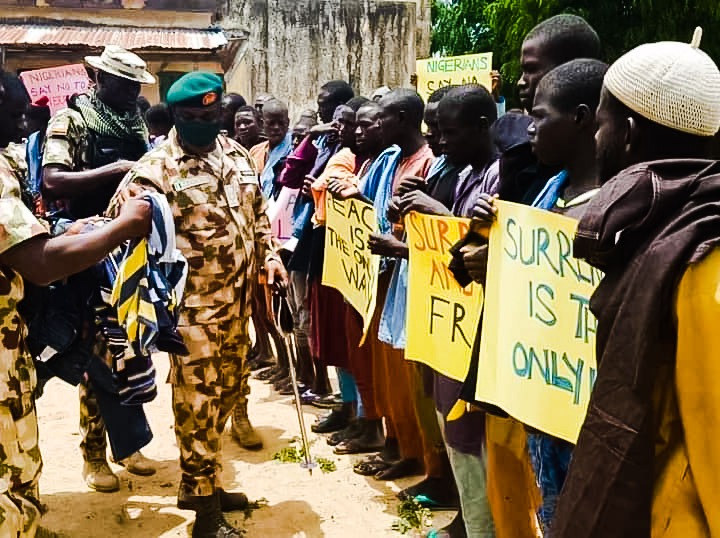 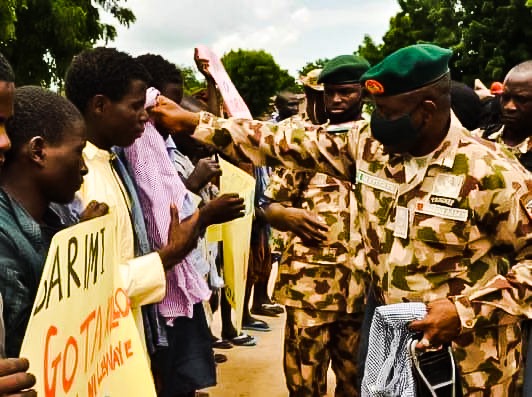 What would you have done differently in the case of the repentant terrorists if you were in a position of authority? 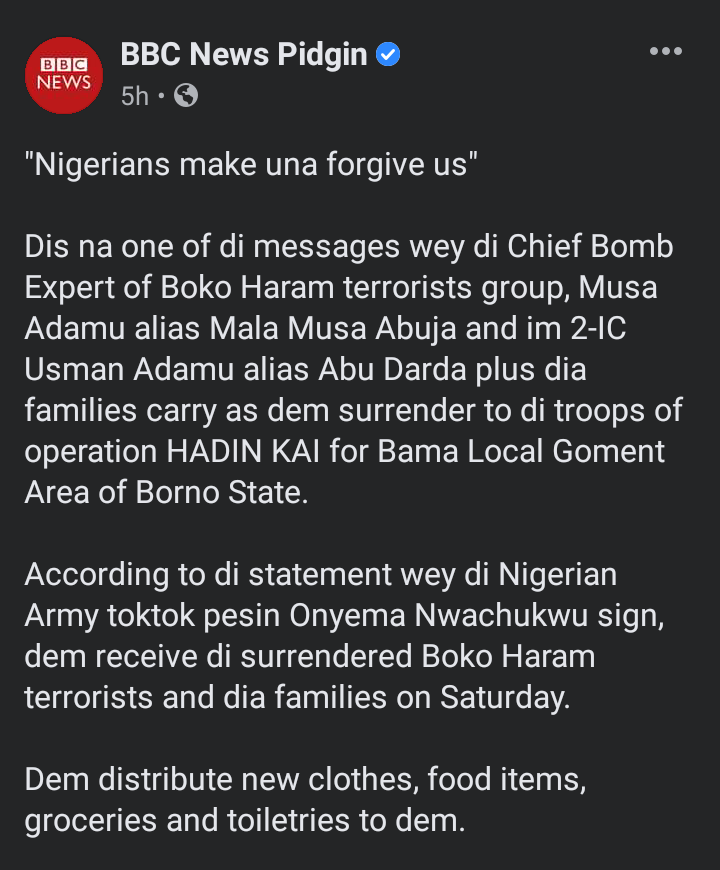