By OnosNaija (self meida writer) | 16 days

The Nigerian Air Force jet that reportedly went missing while on combat mission against terrorist in Borno State has created a lot of controversies in the last 3 days.

The Boko Haram terrorist group, probably in a bid to score cheap propaganda points against the Nigerian military quickly took responsibility for the missing jet.

They released a video where a jet was shot down and claimed it belongs to the Nigerian Air Force.

Before the official statement, a lot of Nigerians helped spread the Boko Haram propaganda video on social media. Information regarding Boko Haram claims of shooting down the jet was also shared by a lot of people when no one has confirmed their authenticity. 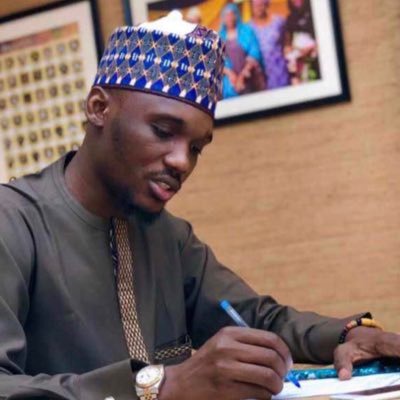 Those who shared the propaganda helped the Boko Haram terrorist group with free publicity, which is exactly what was condemned by Bello Shagari in a Twitter post few moments ago.

According to the grandson of Nigeria former president Alhaji Shehu Shagari, While Nigerians are spreading Boko Haram propaganda video because they want to demonstrate the failure of the President Buhari led federal government, they are unknowingly empowering terrorist who will end up killing the people instead of government officials. 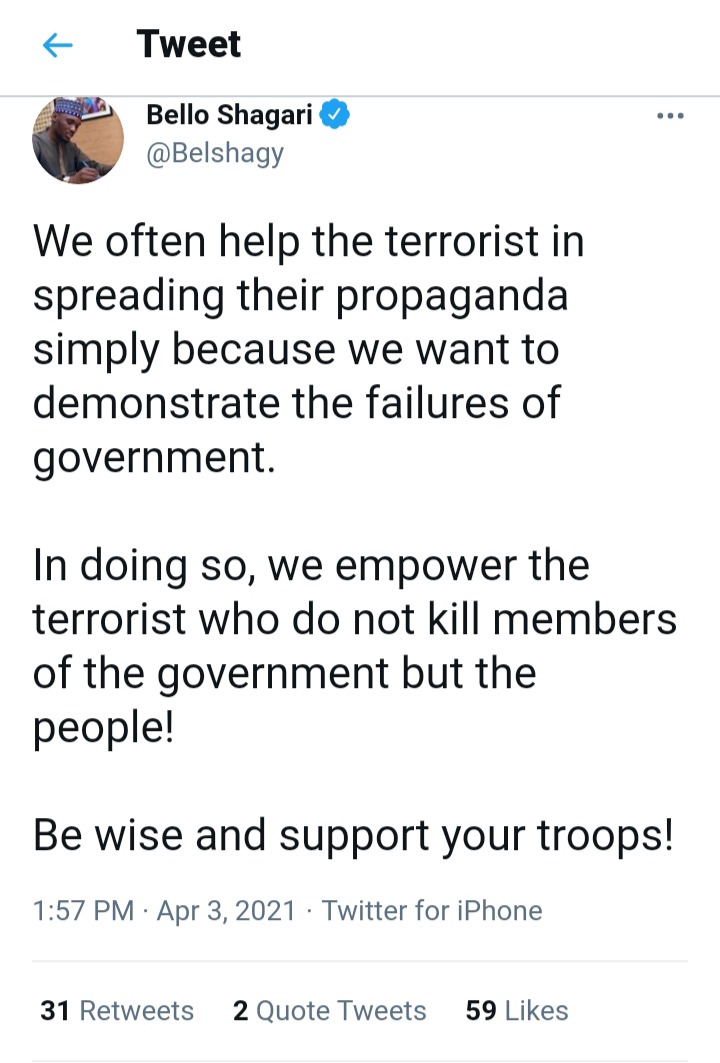 I will have to agree with Bello Shagari on this as terrorists organizations all over the world make use of propaganda as an important tool in their fight against humanity.

When sharing propaganda video, their major aim is to overstate their capability so as to create panic among the people.

When we share their fake video or information, we are unknowingly helping their first against humanity.

We should all support humanity by shunning propaganda from terrorist.

Nigerian Army Releases A Statement Hours After Killing Some Boko Haram Leaders In A Borno Town.