By micayo (self media writer) | 2 years ago

In pursuit of the operational mandate issued by the defence headquarters to troops on the front line to stamp out terrorists and other criminal elements in the north eastern states of Nigeria as recorded yet another success. The Nigerian army as successfully neutralize several armed bandits following credible Intel on their location. 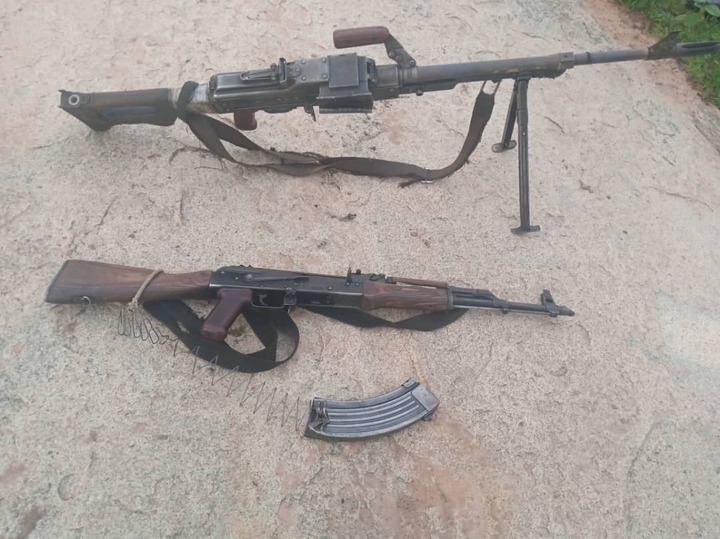 In the recent development several armed bandits were gunned down by troops of the Nigerian army under Operation Sahel Sanity.

The troops were able to neutralize about six armed bandits during the encounter following credible human intelligence reports [HUMINT].

Backed up by helicopter gunships, the troops of the Nigerian army were able to raid the area tactically and engage the armed bandits with overwhelming firepower which led to the death of several armed criminals and the recovery of several weapons. Some of the recovered weapons includes, one general purpose machine gun [GPMG], one AK47 assault rifle, one magazine, and 34 motorcycles. As at the time of filing these report, the troops were said to be carrying out mop up operations to neutralize other fleeing bandits in the area.

Content created and supplied by: micayo (via Opera News )