By moetonline (self media writer) | 8 months ago

During Friday prayers, an explosion inside a Shia mosque in Kandahar killed 35 people and injured 45 more. That's the second suicide bombing targeting a Shia mosque in Afghanistan in less than a week, raising fears that extremist organizations are gaining power across the nation following the Taliban's takeover. 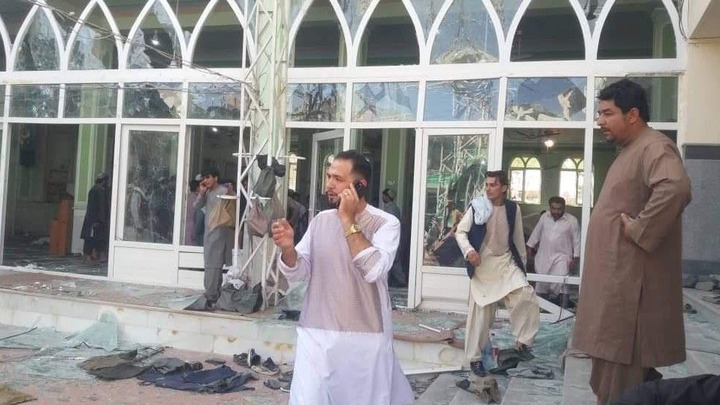 The terrorists killed guards before breaking into the building and blew themselves up, according to the report." After we finished praying, the gunfire began," a man called Ahmadullah told the AFP news agency. "Then there were two, three explosions. People got pushed in the direction of the window. Many people lay there, martyred [dead] or injured."

Friday prayers are the most crowded of the week. According to an AFP journalist, at least 15 ambulances rushed to the site.

According to Reuters, Taliban special forces guarded the location and encouraged locals to give blood to aid the casualties.

A suicide bomber from the Islamic State Khorasan Province (ISKP) murdered and injured over 100 worshipers at a Shia mosque in Kunduz city one week ago, on October 8. ISKP was also responsible for the suicide bombing at Kabul airport's gates on August 26, during the last hours of NATO evacuation planes.

ISKP is a Sunni extremist organization with a lengthy history of assaults in the nation's east, particularly on Hazara and Shia Muslims, but seldom in the southern regions such as Kandahar.

Content created and supplied by: moetonline (via Opera News )