When Chadian forces invaded Nigeria's Lake Chad islands in April 1983, the MIG-21 had its baptism of fire. Its performance showed the military the value of airpower. MiG-21 harassing strikes halted the advance of Chadian forces and bought the army time to mobilize. 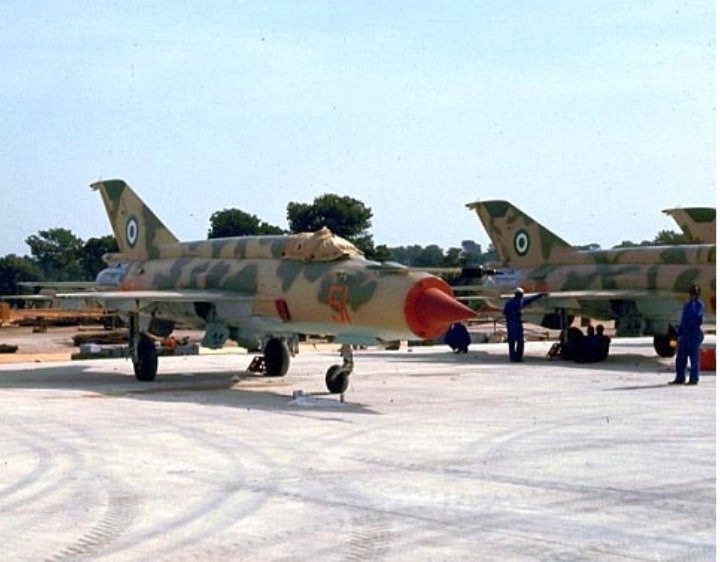 By the time the army, led by GOC 2rd armored division General Muhammadu Buhari was fully mobilized and attacked, the Chadians, already weakened by days of airstrikes capitulated and fled. It was a Eureka moment for the military. You would have wondered about what could have pushed the Chadian Army to want to invade Nigeria. The answer is because they have just defeated the Lybyan army in a war of invasion. It is this spectacular victory that gave the Chadians the confidence it needed to invade Nigerian territory in an unprovoked attack and seized 19 Lake Chad islands and parts of northern Borno. 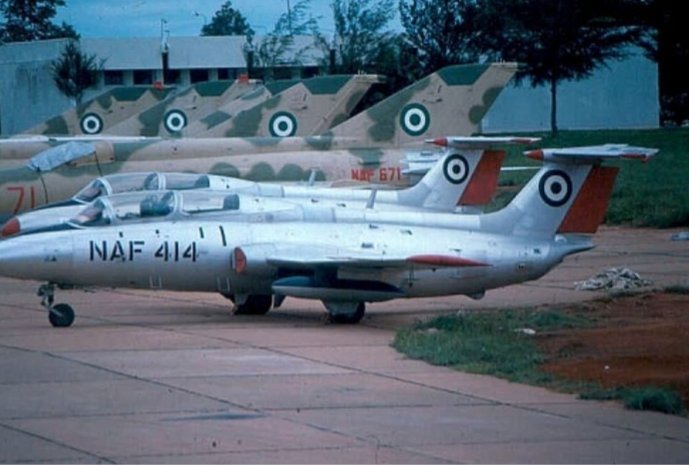 They expected this to be a cakewalk, after all, they decimated Gaddafi's forces. forgetting they couldn't have done it without French air support. They paid a terrible price for their misadventure into Nigerian territory. The GOC of the 3rd Armoured Division General Muhammadu Buhari unilaterally closed the Nigerian border and mobilized his forces, while MiG-21 Fishbeds pounded the Chadians round the clock, giving them no respite. 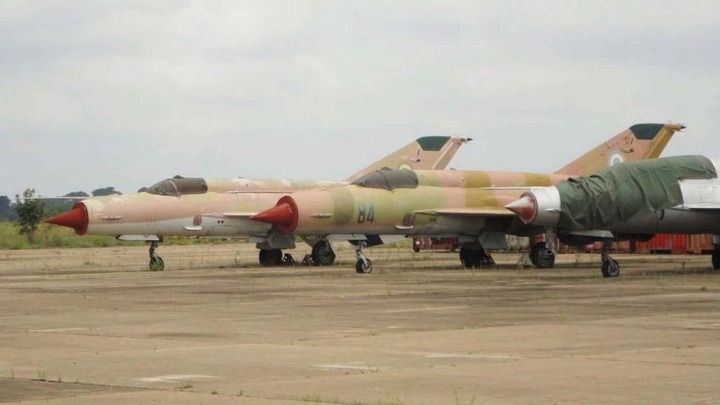 By the time Gen Buhari had fully mobilized his men and started pounding enemy positions with heavy artillery, the demoralized Chadians were in retreat mode and made a mad dash for the border, expecting respite once they left Nigerian territory. But the GOC was determined to teach the Chadians a lesson they will not soon forget.

Defying orders to stand down, Nigerian troops crossed the border and continued their chase, heading for the Chadian capital Ndjamena.15km from Ndjamena it took a direct order from President Shagari, who did not want to cause an international incident, and threats of Court Marshall for the GOC to end their pursuit. The blinding counterattack was so swift there was nothing the French could do about it. The MiG-21 was the star attraction. It was the first time air power was used in defense of Nigeria's territory against a hostile actor.