By Newsvib.com (self meida writer) | 1 months

Abdulbaki Jari has taken to his social media page and revealed that 3 Hausas were killed by the pro-Biafra group in the Orlu, Imo State. The Nigerian journalists stated this via his recent tweet on his Twitter account.

Sharing the tweet, Abdulbaki said a northern businessman in Imo state disclosed the ugly incident to BBC Hausa. The man identified as Amadu also told BBC that 12 Hausas have been killed in these targeted attacks since Sept 2020.

"Three Hausas reportedly killed by pro-Biafra group in the Orlu area of Imo state. A Hausa businessman in the state Amadu told BBC Hausa that 12 Hausas have so far been killed in this targeted attacks since Sept 2020." 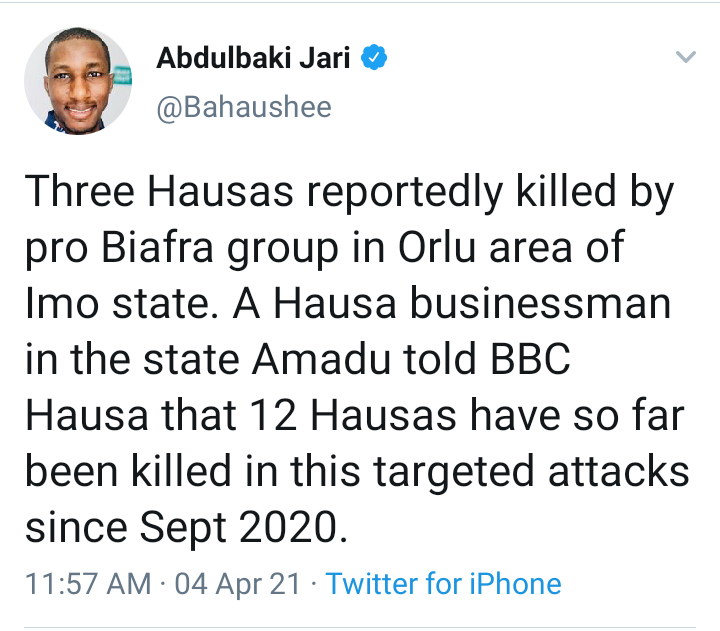 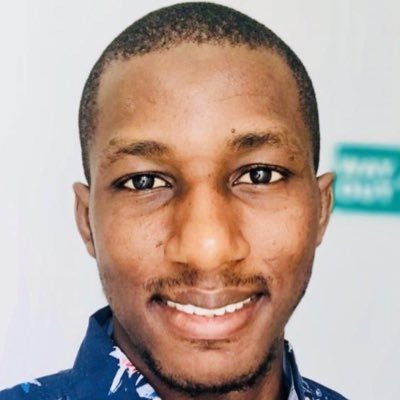 Nigerians who came across the post shared by Abdulbaki reacted to it. Those who commented stated that the security personnel needs to do the needful regarding the recent daily killing.

However, others expressed themselves based on how they understood the recent development, adding that what happened to the Hausa men are so unfortunate. See more reactions below. 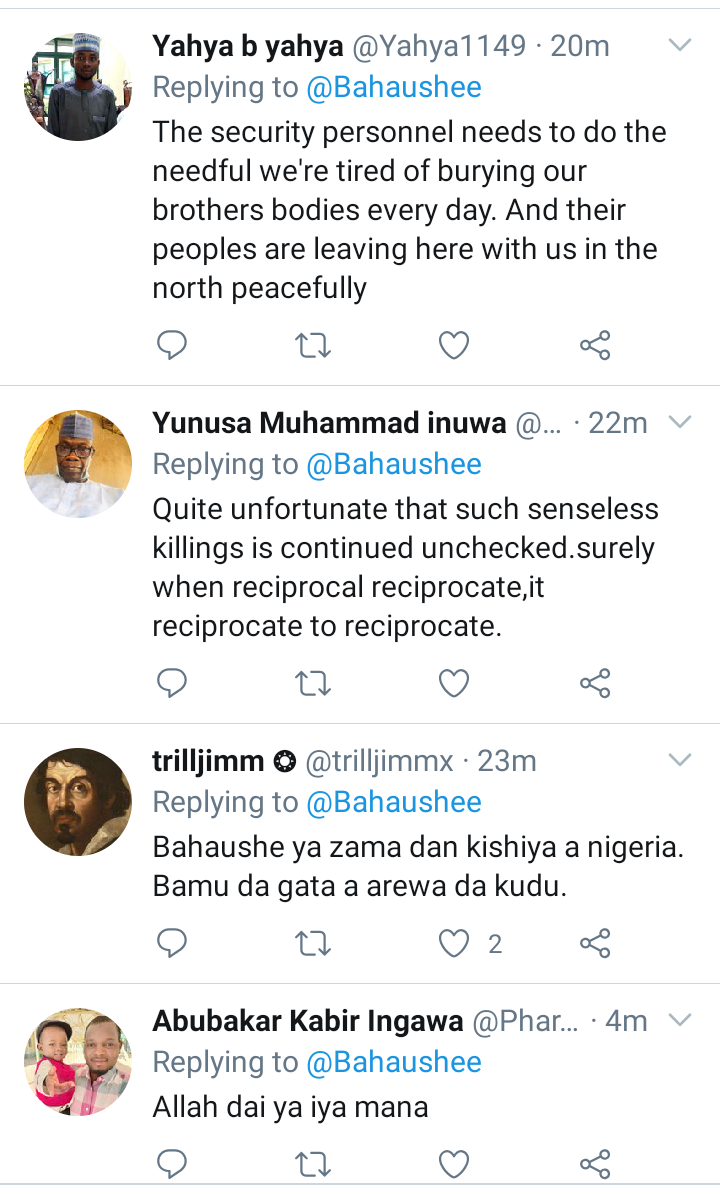 Recall that IPOB's leader, Nnamdi Kanu, had in December 2020 launched ESN to protect the people of South-East and South-South regions from terrorists and bandits allegedly trooping in from the North.

He also stated that the sole aim and objective of this newly formed security outfit known as Eastern Security Network are to halt every criminal activity and the terrorist attack on Biafraland," 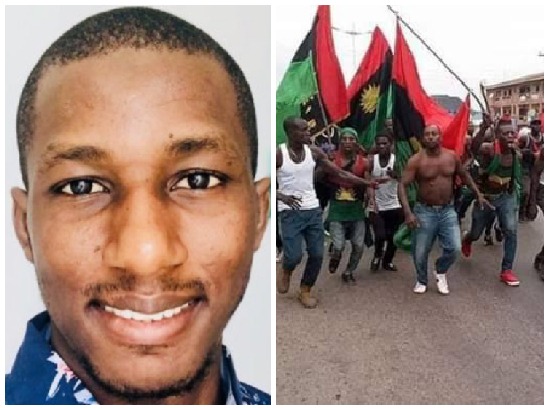