By ZephaniahBethelKalu (self meida writer) | 4 days 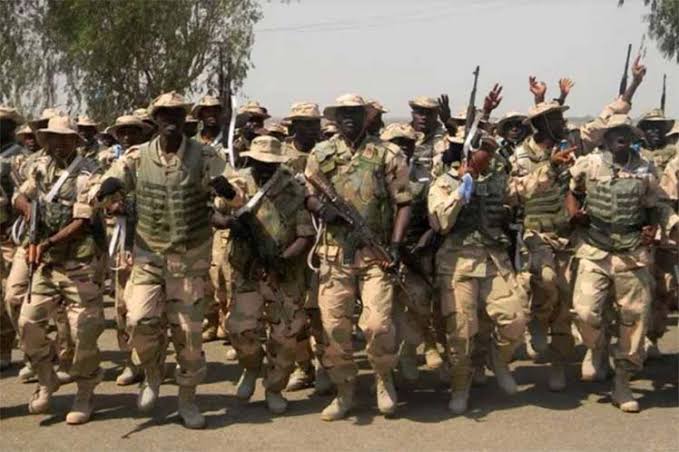 The Army denied the allegation and revealed that the suspect was dismissed from the Nigerian Army in 2013 after he was found guilty by a court martial in Kaduna.

His last unit was 2 Provost Group. According to the Nigerian Army, he was involved in a case of attempted murder which led to his arrest and eventual prosecution before the General Court Marshal in Kaduna

The Nigerian Army urged the public to ignore the story and they said it is misleading, as they are a disciplined organization that would not condone unprofessional conduct on the part of its officers

Today's Headline: ACF Reveals Why The Against Payment Of Ransom, Hoodlum Raze Police Station In Abia