By Rukkyupdates (self media writer) | 7 days ago

According to Babajide Kolade Otitoju of TVC News, who said on his Facebook page "Our people in Damboa asked for prayers and God's protection as Boko Haram launched early morning attack on Damboa, Borno's largest local government by landmass today. The terrorists have attacked Damboa repeatedly since 2014 when they last occupied the town, but always fail but they stubbornly always go there. Again they failed." 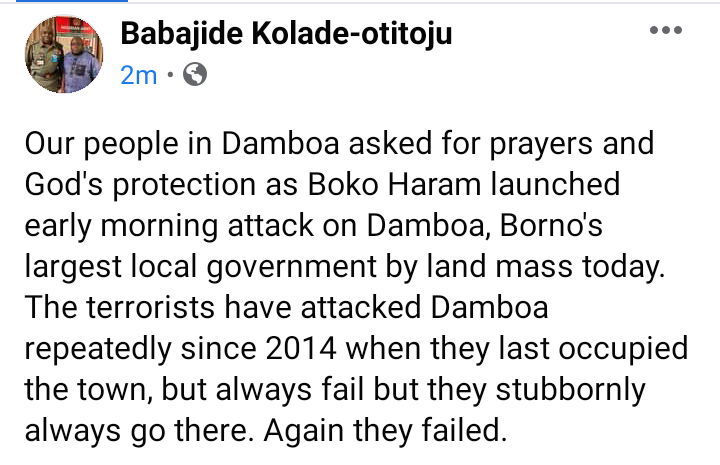 The terrorists were first sighted around Mandara Garau on Thursday while converging in a large number of trucks. They fled after they sighted the Airforce Jet. Again, they returned on Friday morning. Sources said they wanted to attack the Ex-Militant transit camp in Sabon Gari, Damboa. Although, the situation in Damboa is relatively calm as troops prevent the terrorist's incursion through combined efforts with Air Task Force. Meanwhile, the situation is uncertain, as the ISWAP keep deploying more fighters since Thursday. 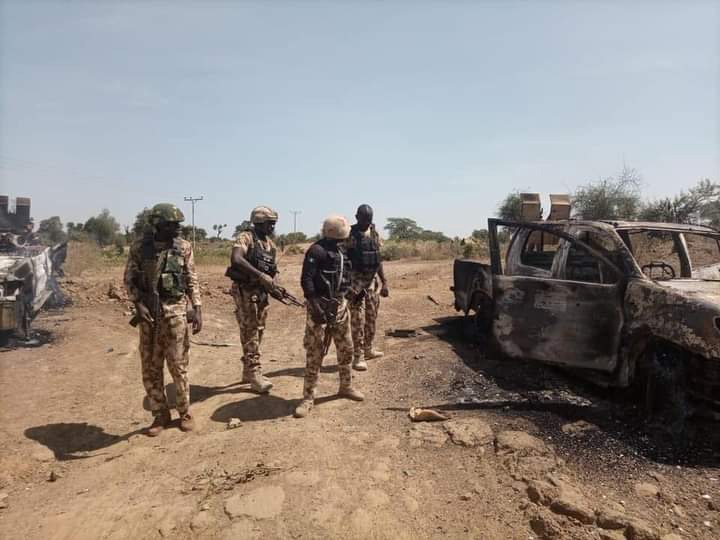 It might interest you to ask why ISWAP has been consistently attacking Damboa? It is because the town houses a lot of military equipment, and humanitarian groups like the UN and WHO that are supporting the people. Damboa is like a center of commerce in the Borno communities on the outskirts of Maiduguri. If the terrorists are successful at their attack on Damboa, they will be able to replenish their military equipment and at the same time their food supplies.

However, the military should not wait for them to attack first, they should deploy all possible armament to Damboa and neutralize the marauding insurgents before they regroup for the attack. It is high time the Nigerian military learns how to be offensive and not defensive all the time. This fouled attack is a signal that the terrorists are planning something evil against the military or the civilian populace.

The military needs constant ISR aircraft in the air that will call on the fighter jets whenever the terrorist's regrouping has been sighted for reconnaissance. The military needs to understand that these terrorists don't repent easily, they need superior firepower that can deter them before they repent and surrender. With the available state-of-the-art military equipment at the possession of the Nigerian military, no terrorist group can face the military in a war.