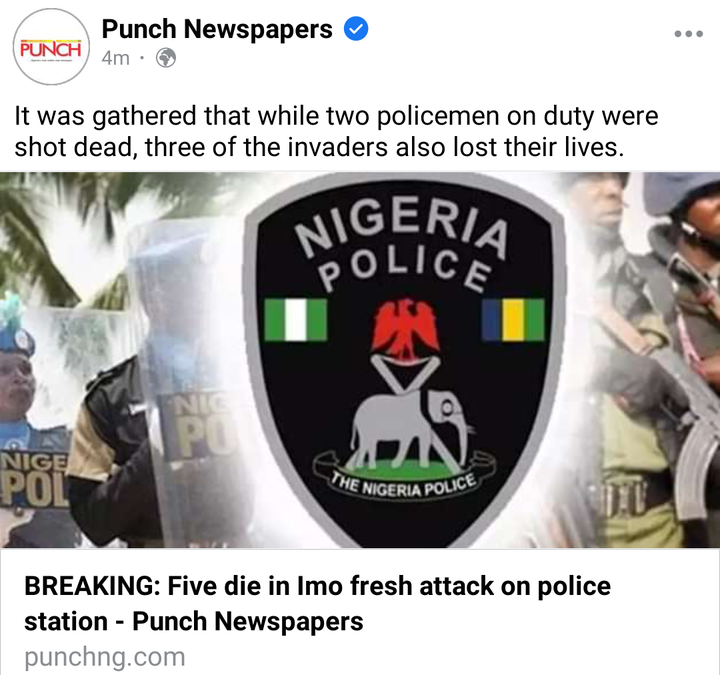 It was gathered that while two policemen on duty were shot dead, three of the invaders also lost their lives.

The attackers whose plan was to bomb the station engaged the cops in a duel battle which resulted in lost of lives.

The police spokesperson for the command, Michael Abattam, confirmed the attack and added that five persons which included two cops and three hoodlums died in the attack. 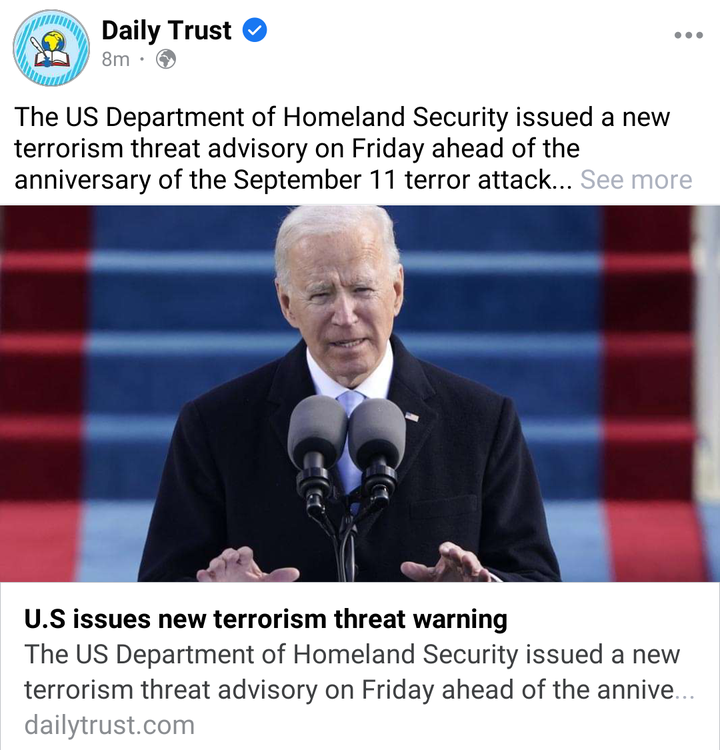 The US Department of Homeland Security issued a new terrorism threat advisory on Friday ahead of the anniversary of the September 11 terror attacks and amid a resurgence of the coronavirus pandemic.

The National Terrorism Advisory System Bulletin said the United States faces a “heightened threat environment” from both domestic terrorists “and those inspired or motivated by foreign terrorists and other malign foreign influences.”

It cited increased use of “online forums to influence and spread violent extremist narratives and promote violent activity.”

We have recovered lands from terrorists, says Buhari 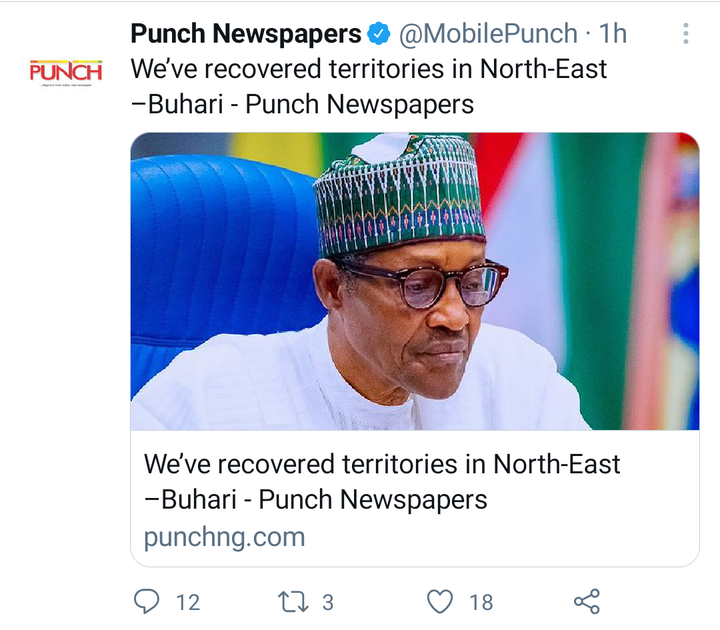 The President, Major General Muhammadu Buhari (retd), has said despite the rising insecurity across the country, his regime and the security agencies’ responses have been strong, determined and robust.

He added that in spite of the challenges, his regime had consolidated the peace in the Niger Delta and recovered vast territories formerly taken over by terrorists in the North-East.

Buhari stated this on Friday at the graduation of Course 29 participants of the National Defence College in Abuja. 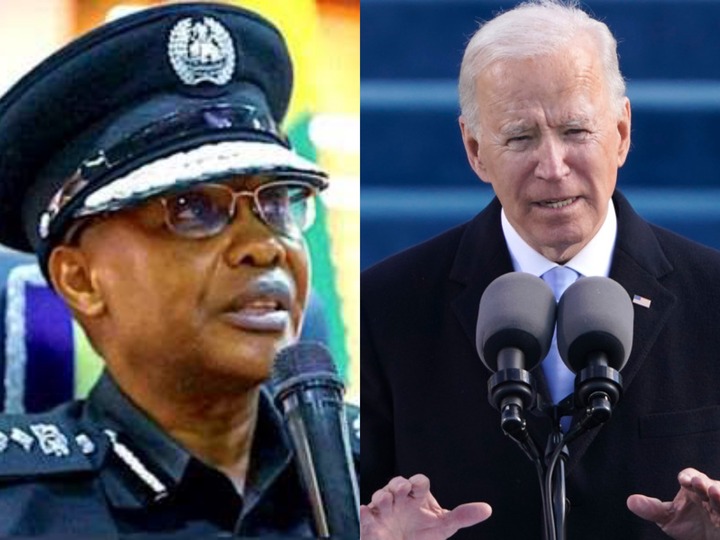 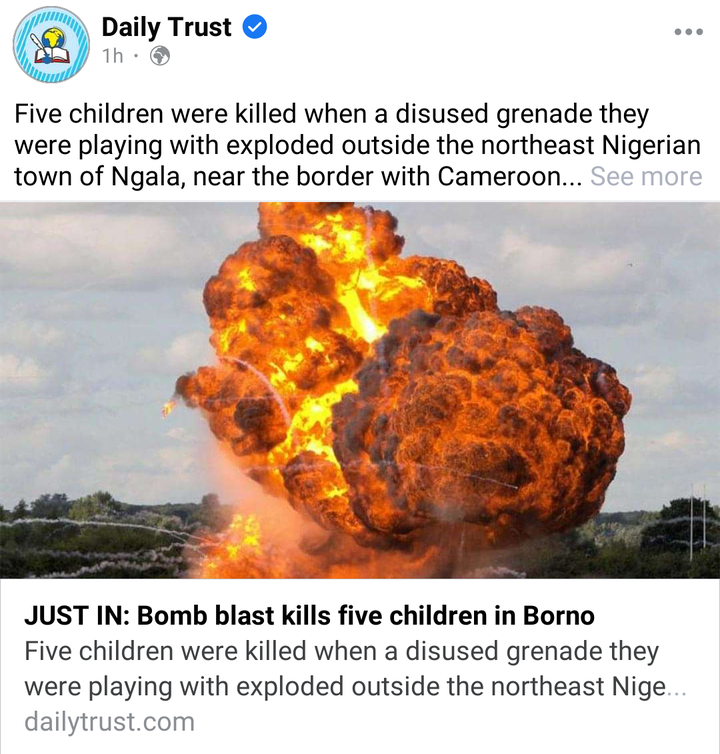 Five children were killed when a disused grenade they were playing with exploded outside the northeast Nigerian town of Ngala, near the border with Cameroon, militiamen told AFP Friday.

“The five children picked up the explosive while herding in a field outside the town and it exploded in their hands as they were playing with it,” anti-jihadist militiaman Umar Kachalla said.

“Two of them died on the spot while the other three died in hospital in Mada, inside Cameroon,” he said.