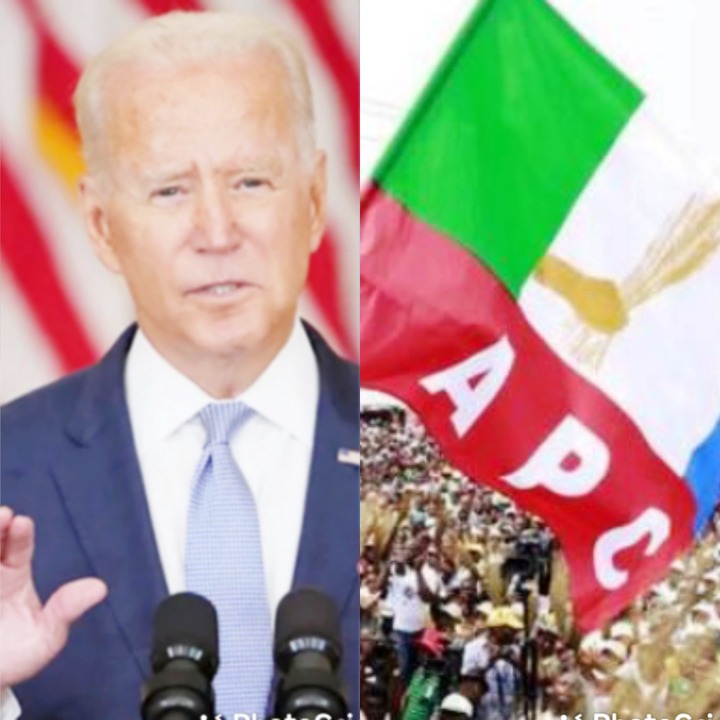 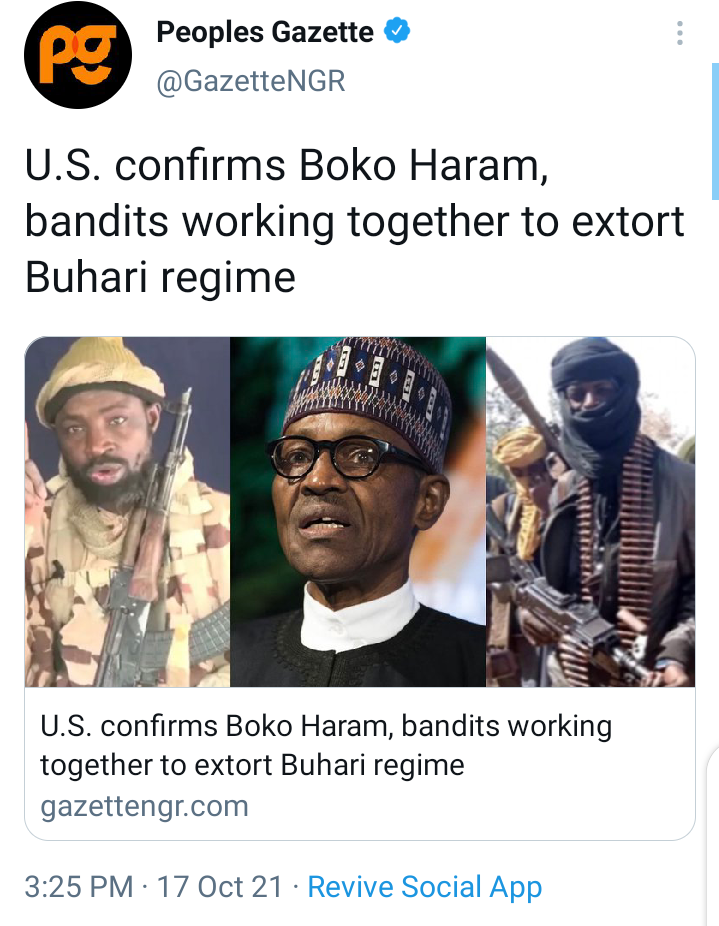 A panel of United States policymakers has uncovered how Boko Haram terrorists operating in the North-East region have been collaborating with armed bandits terrorising communities across the North-West to collect ransom from the Buhari administration and civilian victims, The Wall Street Journal reports.

The American newspaper reports that the U.S. has not recognised armed banditry as a direct threat to its interest, but officials have been monitoring bandit commanders and their possible coordination with Boko Haram insurgents.

“The bandits are a distant priority for U.S. policy makers focused on Nigeria’s jihadist threat, though American officials say they have intercepted calls from suspected Islamist militants in the northeast who are advising bandits in the northwest on kidnapping operations and negotiations,” the Journal said in a report published on Saturday.

The report could bolster widespread calls for President Muhammadu Buhari to declare the bandits as terrorists, even though they have no declared political or religious aim. Administration officials said the government was not in a hurry to label the bandits, but has ordered security forces to intensify raids of unsecured forests and other hideouts. 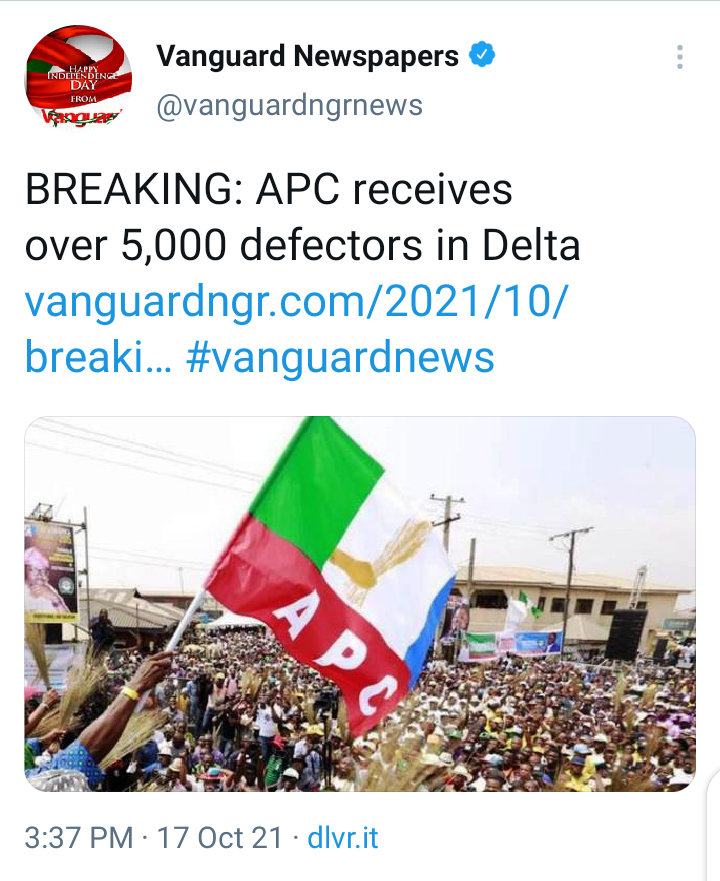 OVER 5,000 persons, Sunday, decamped from their political parties to the All Progressives Congress, APC in Oviri-Ogor and Ughelli urban, Ughelli North Local Government Area of Delta State.

The defectors said their decision to dump their former political parties was stemmed from the purposeful representation and leadership of the Deputy President of the Senate, Senator Ovie Omo-Agege. 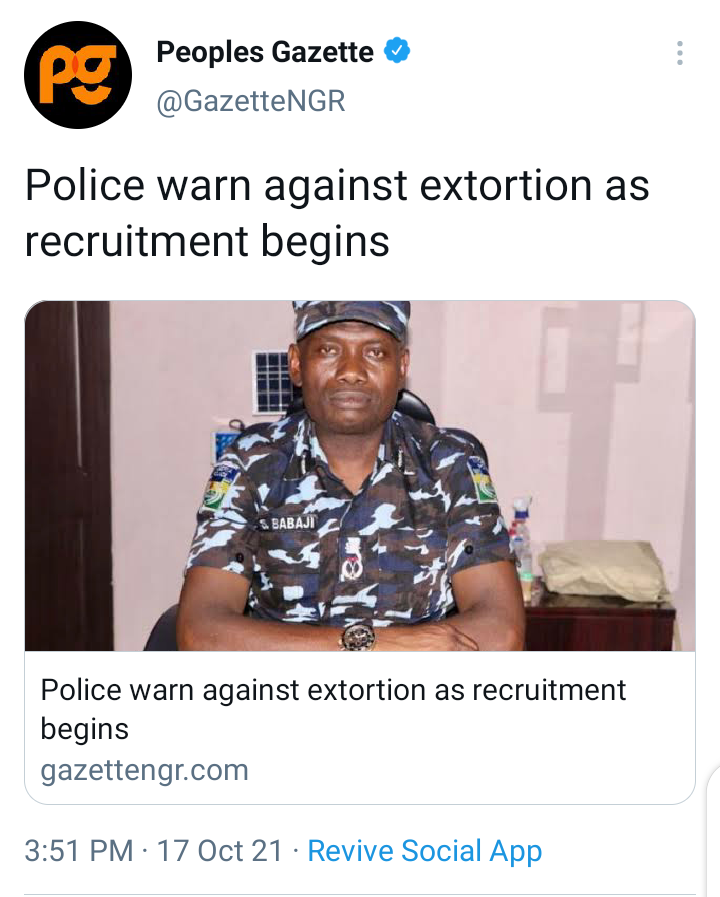 Commissioner of Police in the FCT, Babaji Sunday, has warned criminal elements against extortion in the ongoing police recruitment in the territory.

Mr Sunday called on candidates from the FCT to make all enquiries through the official contact of the recruitment process on 08100004507.

He advised candidates not to allow themselves to be deceived by criminal elements who might want to take advantage of the exercise to extort.

He said the recruitment is free of charge and warned that anyone found wanting would be made to face the full wrath of the law.

The CP asked applicants to check their recruitment status on the portal through www.policerecruitment.gov.ng.

According to him, the portal will be open from Monday, October 18 to Tuesday, October 26. 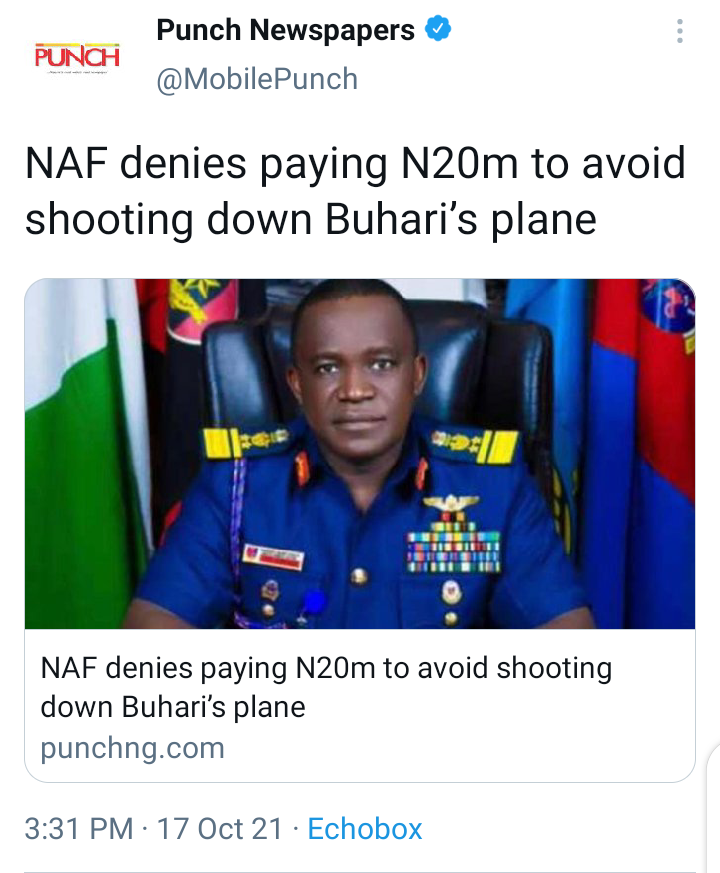 The Nigerian Air Force has denied a report by the Wall Street Journal that it paid N20m as ransom to bandits in exchange for an anti-aircraft gun seized from the Nigerian Army.

The Wall Street Journal said in a report on Sunday that the NAF brokered the deal as the President, Major General Muhammadu Buhari (retd.), was planning a trip to Katsina, his home state.

The US media outlet said N20 million was delivered to the bandits in Rugu Forest by a Nigerian Air Force officer, who leaked details of the operation under anonymity, because the military realised that it would be too risky to leave the weapon in the hands of violent criminals operating in an area the presidential jet would fly over.

The rugged, lawless jungle that covers parts of Kaduna, Zamfara and the President’s home state of Katsina has served as a vast haven for bandits terrorising Nigeria’s northwestern communities. A large portion of kidnapping plots emanates or terminates in or around the forest, security agencies had previously warned.

“The mission to buy back the anti-aircraft gun began with a handoff from a high-ranking air force intelligence officer in the capital Abuja: a black zip-up bag he said was full of 20 million Nigerian naira,” the paper reported, after stating that such military hardware in the hands of bandits “posed a threat to President Muhammadu Buhari, who had been planning to fly to his hometown about 80 miles away.”