By TesscoNews (self meida writer) | 16 days

An Indigene of Awomama, a neighbouring town to Omuma the hometown of the Imo State Governor, Hope Uzodinma, has said that the attack on the Governor's house was a result of events that took place early Saturday morning around 12 or 1 am in Awomama. The Indigene said that via a recorded phone call with BBC News Igbo. 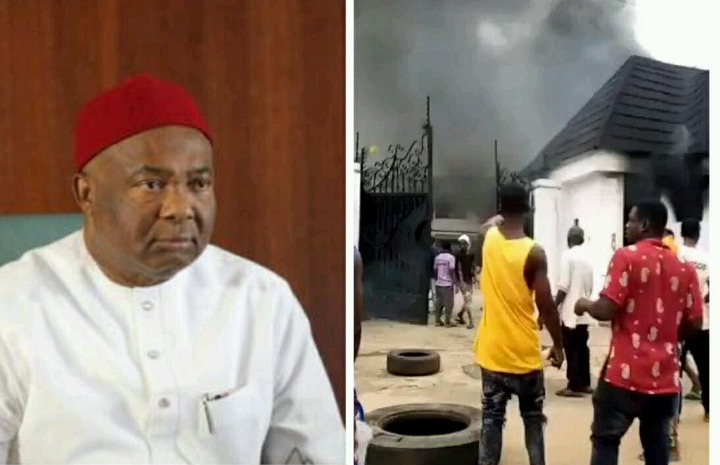 Narating what happened, the Awomama Indigene said that the Army came to the town to apprehend a member of the Indigenous People of Biafira (IPOB). However, he alleged that the soldiers started shooting sporadically after not finding their target and that led to the death of about 10 persons who he alleged the Army carried their bodies around 6 am.

Speaking further he said that soon after the Army had left, some men on black attire who were suspected to be members of the Eastern Security Network arrived and started asking for the whereabout of the military men. Not happy with what happened, those men and other angry youths marched to Omuma where they attacked the Governor's house.

When asked if people have come out to complain of any missing family members he replied that people have done so. He also said those that carried the dead bodies wore Army uniforms and were fully armed.