By FocusNGR (self media writer) | 1 year ago

"Buhari Has Nothing To Offer"- Wike 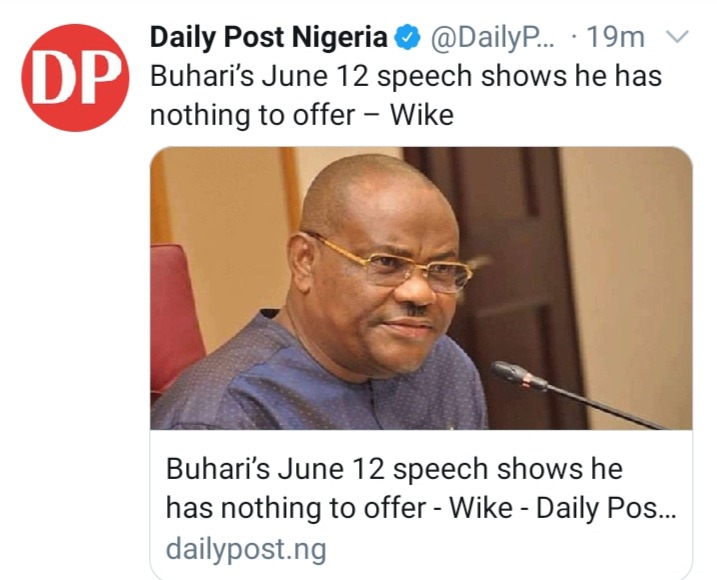 Nyesom Wike, the Governor of Rivers State has alleged that President Buhari, during his Democracy Day speech, told Nigerians that "he has nothing to offer again". In a 35-second video posted on his verified Facebook page on Friday, Wike said Buhari's speech indicated that he has nothing to offer the country amid the insecurity that has plagued the entire nation.

He said, "We were addressed by the President the other day and Nigerians are happy the way he spoke to them and he told us the truth, and the truth is that look, "I have nothing again to offer Nigeria.

"We, the people of Nigeria, must agree to that, no one can deny that fact. No matter how detailed, we are aware that the president has told us clearly, "gentlemen, as I speak to you now, there is nothing else I can offer again to this country". 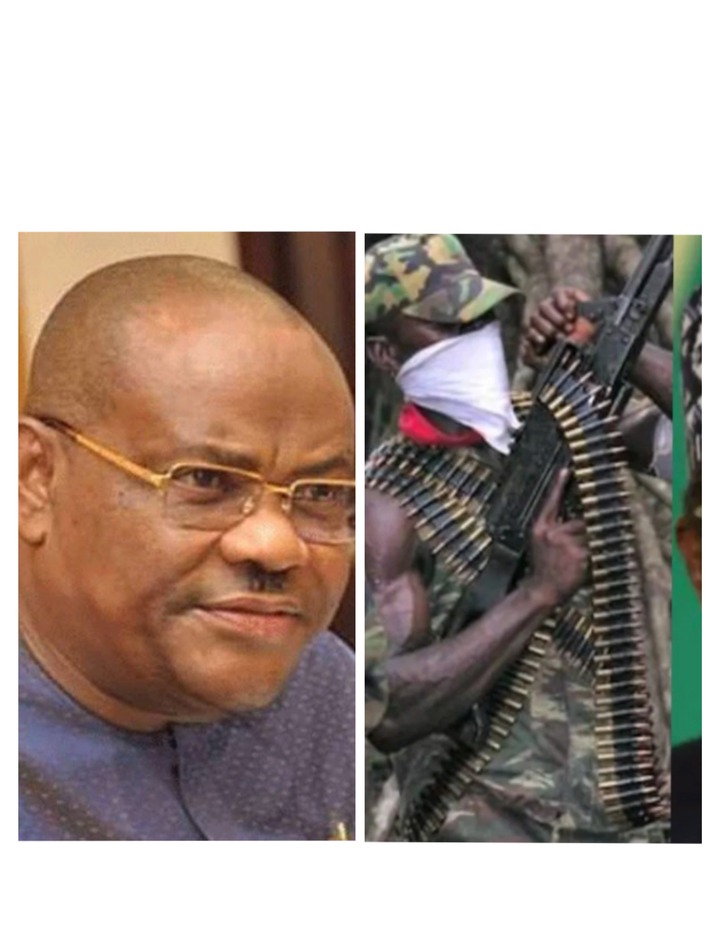 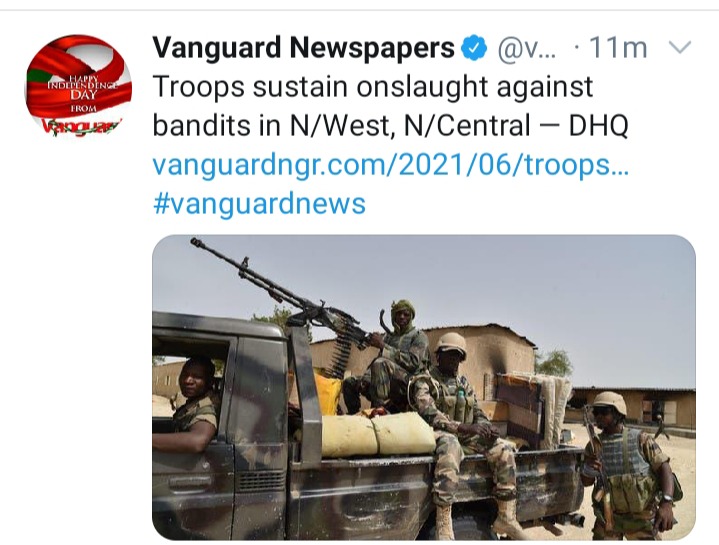 The Defence Headquarters has said that by denying them freedom of action in the North West and North Central zones of the country, the Nigerian Military has sustained attack against bandits, kidnappers and other criminals.

The Acting Director, Defence Media Operation, Brigadier General Bernard Onyeuko, disclosed this yesterday in Abuja while briefing newsmen on the military operations between June 3 and June 16, across the country.

He also said that on June 3, the troops intercepted and neutralised some bandits who were in the possession of assorted arms and ammunition between Naimaimai village and Sabon Birni in Sokoto State.

"The Collapsed Aleto Bridge Should Be Fixed Immediately"- Akpabio 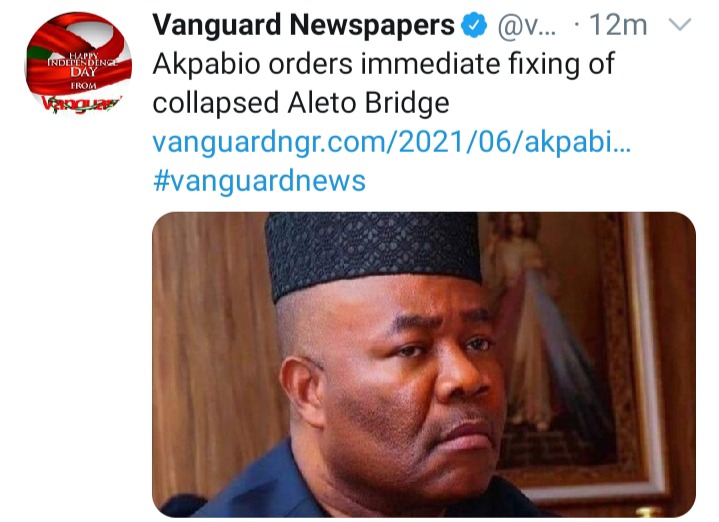 Akpabio charged the contractors to make sure that there is a free flow of traffic to ameliorate the suffering of the people stranded on the road due to collapse of the bridge. He informed them on the need for immediate intervention to ensure that already stranded commuters can pass the road.

This order was given yesterday by Senator Akpabio after an emergency meeting with the contractors in Abuja, while blaming the development on delay in mobilization of the contracts for about 6 years.