THE KINGDOM OF BENIN (battle with the British soldiers) 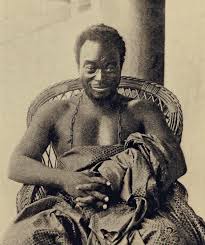 The looting came after murder. More than 2000 works of art and religious artefacts were seized by the British, most of them 100 years old. The then Benin kingdom oba ovonramwen was finally defeated by British soldiers and later exiled to south-east Nigeria in Calabar.

By the time the monarchy was restored in 1914 there was no longer an independent kingdom of Benin. It formed part of Nigeria that was the British colony back then. The officers who invaded Benin Kingdom kept some of the objects as souvenirs. One of the soldiers, Captain Herbert walker kept two objects of the "bird of prophecy" known as "Oro pigeon," and a Bell used to invoke ancestors. 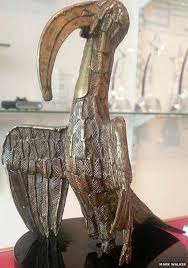 The two bronzes were inherited by Mark Walker the captain's grandson Herbert.

"I was surprised to have coveted them for so many years that I found myself wondering what their future was when I finally came into their possession." In his journey to return the artifacts, he found the Richard lander society organization campaigning for the return of Benin 's artworks to the royal palace in Benin city. This helped him get in touch with the right people and last year walker traveled to Nigeria to hand over the Bronzes to the present oba, the king's great grandson deposed by Herbert and colleagues. 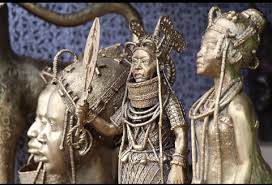 Will the British Museum be able to send back stolen African artefacts?