By Christog (self media writer) | 17 days ago

A fighter jet operated by the Nigerian Air Force has mistakenly dropped a bomb on a Nigerian community in the Lake Chad region, the AFP reported on Tuesday. 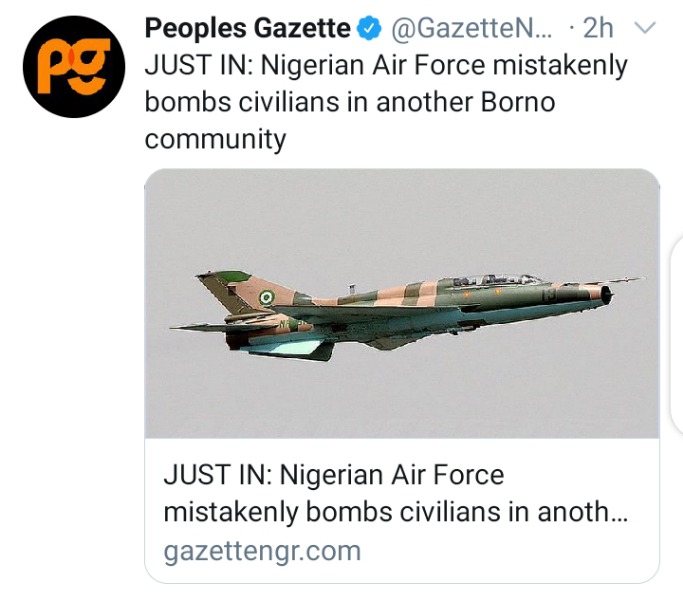 At least 20 people, said to be fishermen, were killed in the airstrike that occurred on Sunday in Kwatar Daban Masara, the French newswire reported on Tuesday morning saying information about the tragedy had been slow to circulate due to obsolete communications infrastructure in the area.

However, Locals said the community was about 50 kilometres from Borno capital and Boko Haram heartland Maiduguri.

APC Reveals Location For Next President.

The South African chapter of the All Progressives Congress, APC, has expressed hope that a Nigerian from the diaspora would succeed President Muhammadu Buhari in 2023. 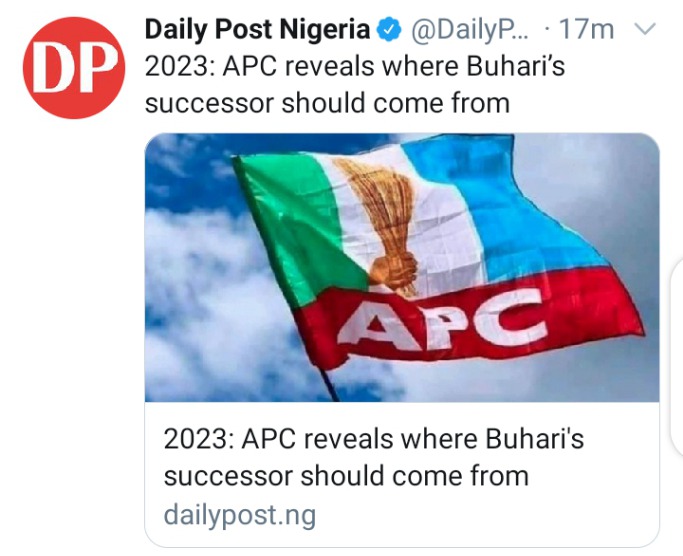 Bola Babarinde, Chairman of APC in South Africa, disclosed this after Philip Idaewor, Chairman of Forum of APC Diaspora, declared his intention to run for Nigeria’s presidency in 2023.

According to him, the Chairmen of Diaspora chapters are deliberating on ways to contribute to the development of the party and Nigeria.

Many people were feared killed on Tuesday after unidentified men in military uniform opened fire at some members of the Islamic Movement in Nigeria, IMN known as Shi’ites who staged the annual Arbaeen trek along with 3rd Avenue, Gwarimpa district of Abuja. 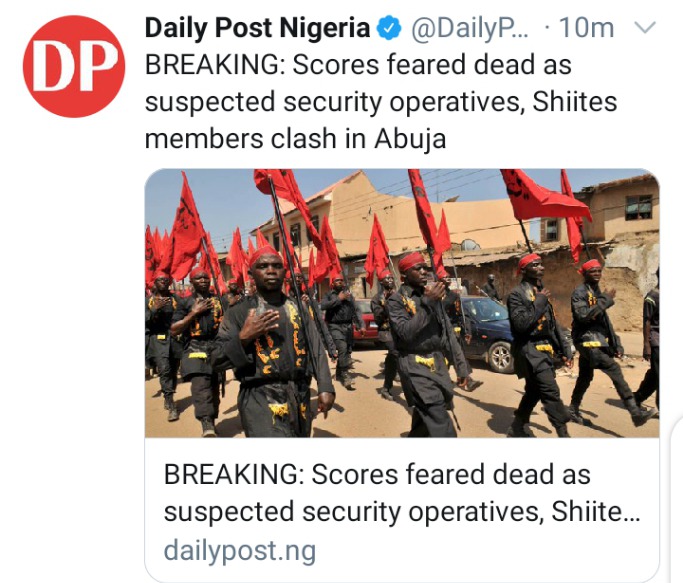 According to report gathered, the armed men who came in security patrol vans stormed the area and launched an attack on the Shiite members around 8:00 am.

However, the FCT Police Public Relations Officer, Josephine Adeh, said a statement on the attack will be released shortly.