By Rukkyupdates (self media writer) | 7 months ago

ISWAP insurgents have a hard time understanding the gig is up. According to a report by Daily Trust, the foreign-backed terrorist group launched an attack on a camp housing repentant Boko Haram members in Dambao LGA. They stormed the camp in a convoy of gun trucks and to their horror found Nigerian troops waiting for them. Nigerian troops repelled the insurgents killing scores. This is coming a day after Boko Haram terrorists eliminated ISWAP fighters in the Gwoza axis. They planned to launch an attack on the civilian camp in which repentant Boko Haram members were being held. 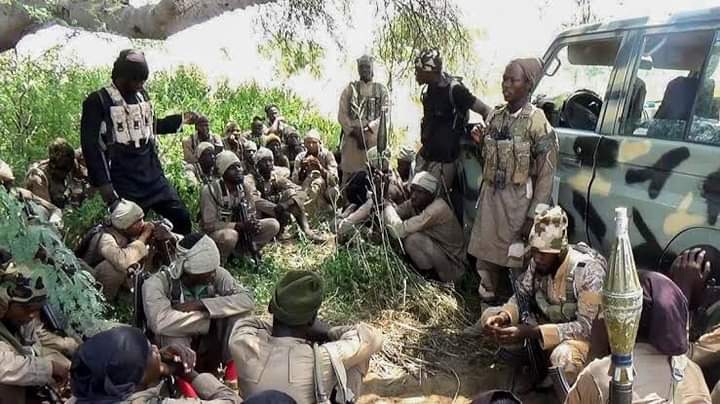 Army intelligence got wind of this and took up well-concealed defensive positions when the convoy of gun trucks was spotted by ISR. In a paradoxical twist, Nigerian troops and Boko Haram insurgents had one common enemy. ISWAP is desperately trying to replenish its ranks. They see the repentant BH members as quick fixes because there'd be no need for training if they got them. Besides, they don't find recruits easy to come by anymore. Since they were defeated by the military, their way of getting back at the people is to destroy telecommunications in the town of Damboa before they retreat to the bush.

Damboa has been attacked by insurgents many times. There was a time they attacked the United Nations facilities in the town and even took over the town. Damboa Local Government Area is like a stronghold of Boko Haram. That is why military stations are scattered around the town to curb the excesses of insurgents' sudden attacks. Due to successive attacks by ISWAP on Damboa, people from Hawul, Shani, Kwaya Kusa, or Bayo coming to Maiduguri are advised to pass through Gombe to Potiskum before coming to Maiduguri.

However, one important thing that Nigerians have commented about after the attack on Saturday is that of the telecommunications Satellites that were attacked by the insurgents. Many Nigerians have wondered why they would do that because it will also affect their means of communication too. While some opined that the shutdown of telecommunication satellites in the North West states might not be effective against bandits, since they both have the same Modus Operandi with Bokoharam/ISWAP.