By VlogMister (self meida writer) | 25 days

The Nigerian Army continue their good work in the fight against Insurgency in the country. At the early hours of Monday, the Nigerian Army took to it official Twitter account to announce that, they were able to conquer Boko Haram fighters in a shootout battle between the terrorists group and the military in Damasak. Seven Boko Haram members were gunned down by gallant men of the Nigerian Army. 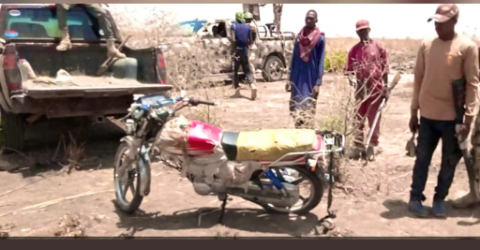 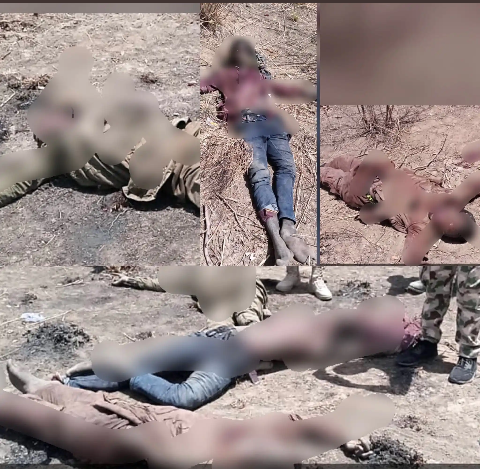 After the gunfire battle between Boko Haram and the Nigerian Army that saw the military neutralize seven terrorists, the Chief of Army Staff, Lt General Ibrahim Attahiru has congratulated the gallant troops and urged them to maintain their high and satisfactory morale and fighting efficiency. 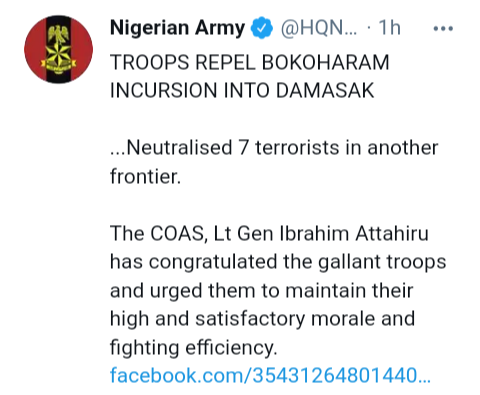 The Boko Haram terrorists group have been causing havoc in the northern part of Nigeria, which is reportedly the base of the insurgents group. The Nigerian Army has encounter different attacks from the terrorists group and have on more than one occasions engaged in gunfire battles with the Boko Haram troops in the northern Nigeria. Boko Haram have cause the north to be an unsafe place for anyone to visit giving the current security challenges facing some areas in the north. But the Nigerian Army are under control of the situation in those areas.

Our Nigerian Army are keeping their lives at high risk to ensure that the lives of Nigerians are not threatened by the operation of the Boko Haram insurgents group in the Northern Nigeria and even in other region across the country. The military need your respective prayers to continue carrying out their activities to ensure they completely eliminate Boko Haram from Nigeria. 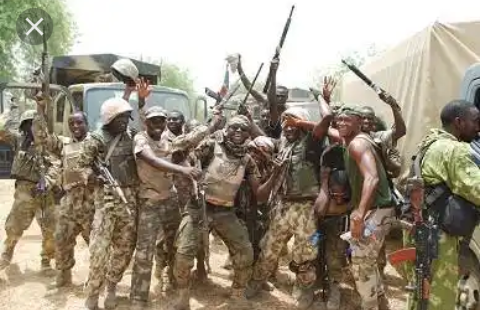 In this fight to curb insecurity in Nigeria, we pray that the military will continue to receive strength from God to continue protecting the lives of Nigerians. Long live Nigerian Armies.

See how Nigerians reacted to the victory of the military after defeating Boko Haram fighters!! 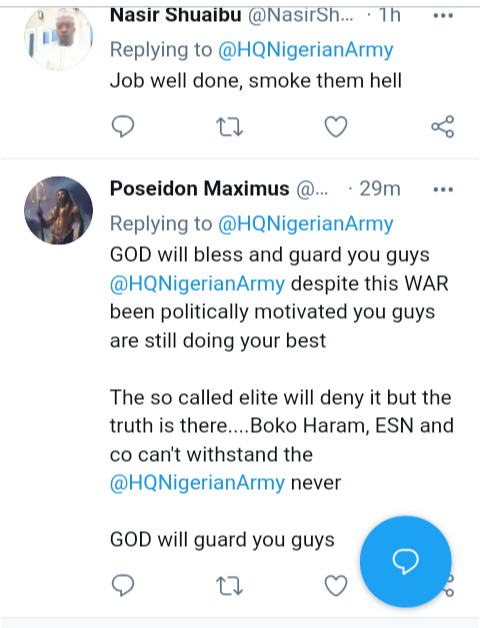 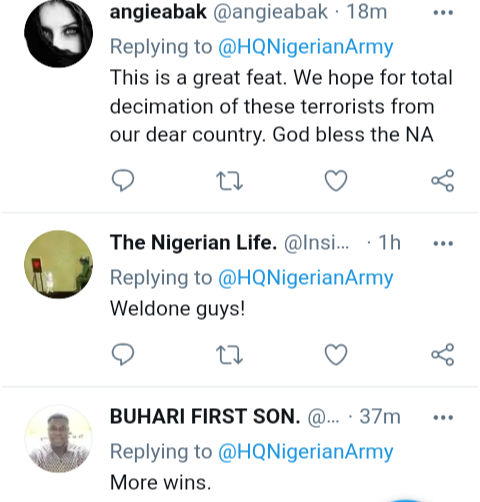 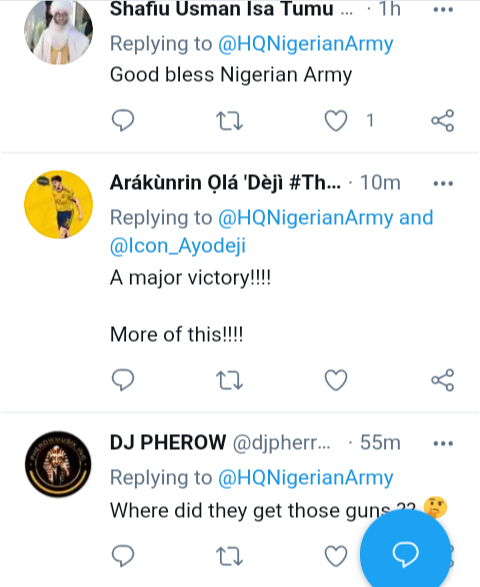 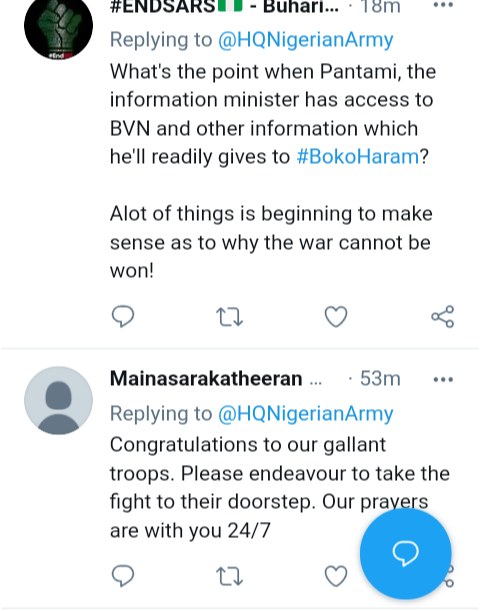 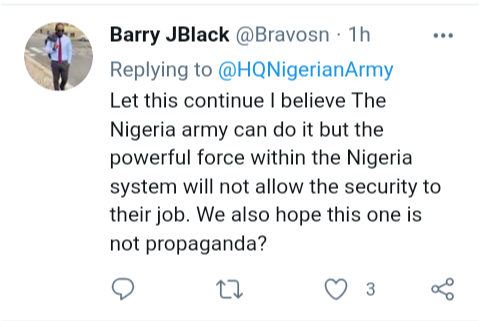 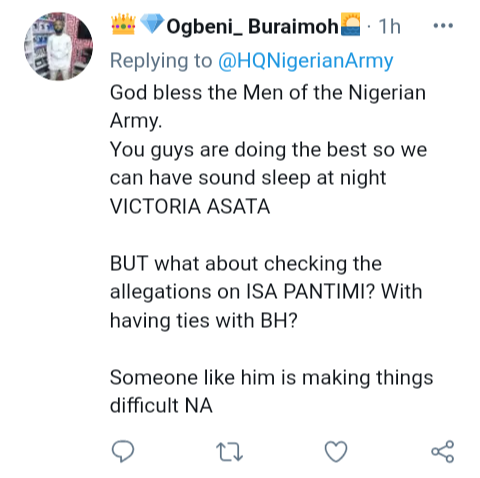 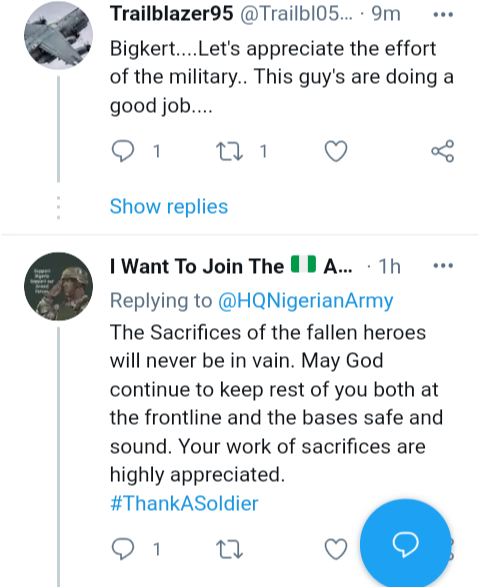 Your thoughts, what do you have to say in appreciation to the Nigerian Army?

Kindly drop your comments below and also share this article.

Dear Ladies, Here Are Some Things You Can Do That Could Make Your Husband Love You More.