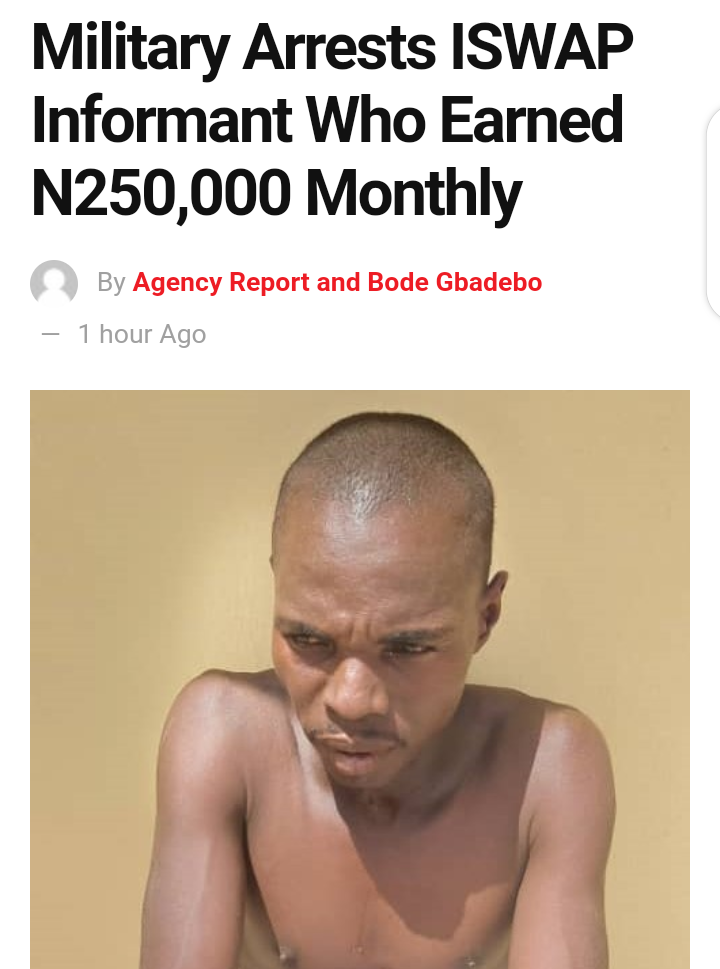 Nigerian troops have captured a notorious ISWAP informant, who specialised in leaking information on the movement of troops and commuters to terrorists in the North-East.

An intelligence officer told PRNigeria that the suspect, known as Goni Fandam, had been in the radar of security services since last year before he was eventually arrested while spying on the location of troops in Borno State.

The source said: “After intercepting his several communication with senior ISWAP commanders, the troops traced him to a hideout in Mainok axis.

“He was part of dozens of informants on monthly remuneration of N250,000 just for providing the terrorist group with information on military posts and movements. 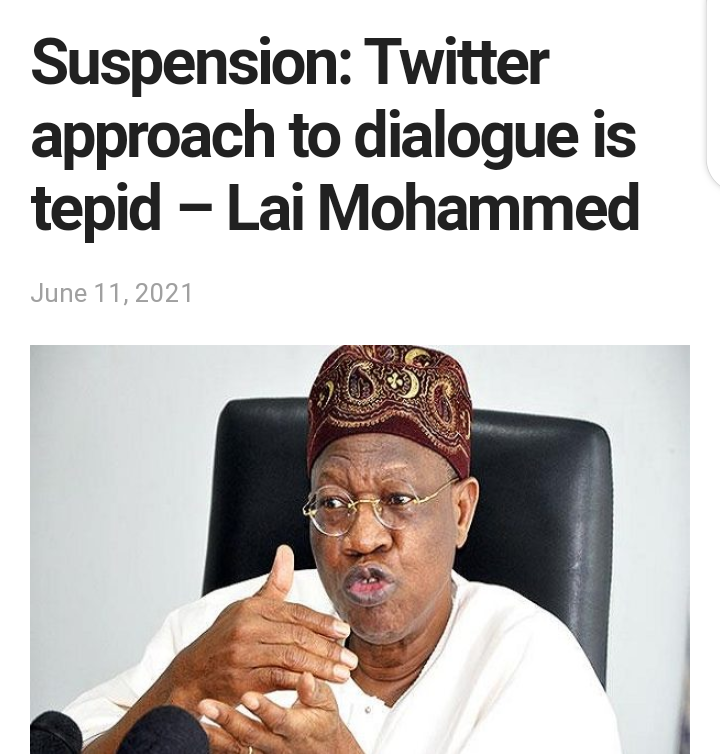 Minister of Information and Culture, Alhaji Lai Mohamed said Twitter is showing little enthusiasm toward the dialogue it initiated to resolve issues leading to suspension of its operations.

The Minister said this on Friday when he featured on Nigerian Television Authority (NTA) programme “Good Morning Nigeria’’ monitored by the News Agency of Nigeria (NAN) in Abuja.

“I think there is a tepid approach by twitter.

“I say tepid because on Wednesday, I got a call from one of the foreign missions that twitter is ready to have serious discussion with high level members of government on this issue.

“But since then, mum has been the word and that is why I said tepid.

June 12: No restriction of movement in Kwara – Govt. 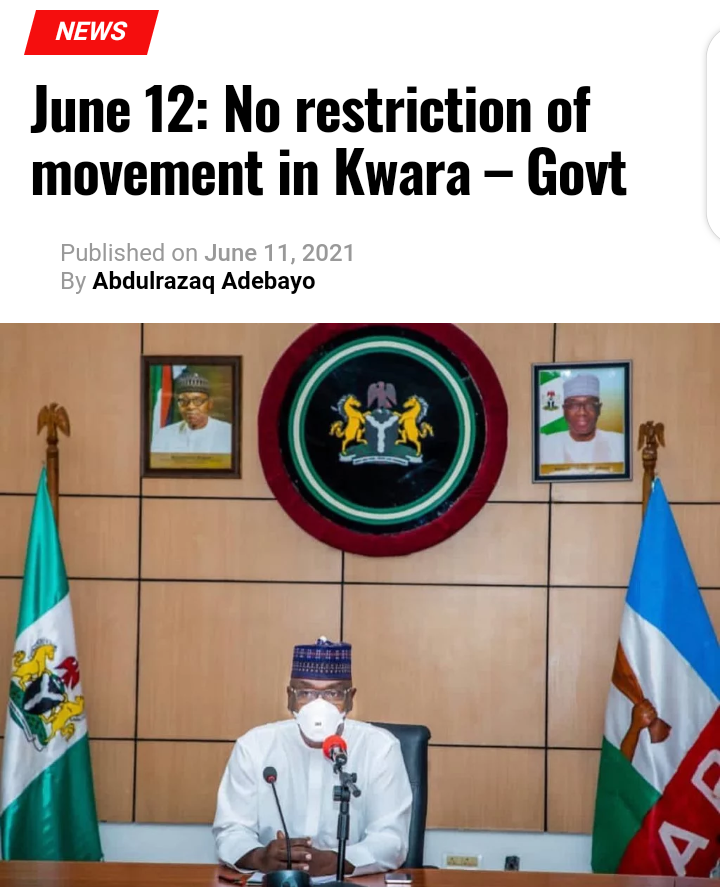 The state police command announced in Ilorin on Friday to douse speculation that movement of people has been restricted for the event.

The spokesman of the command, SP Okasanmi Ajayi, in a statement, advised members of the public to go about their lawful endeavours. He said adequate security measures have been implemented across the length and breadth of Kwara state.

The Police Commissioner, Mohammed Lawal Bagega, also enjoined members of the public to report any untoward activities of people around them to the police. 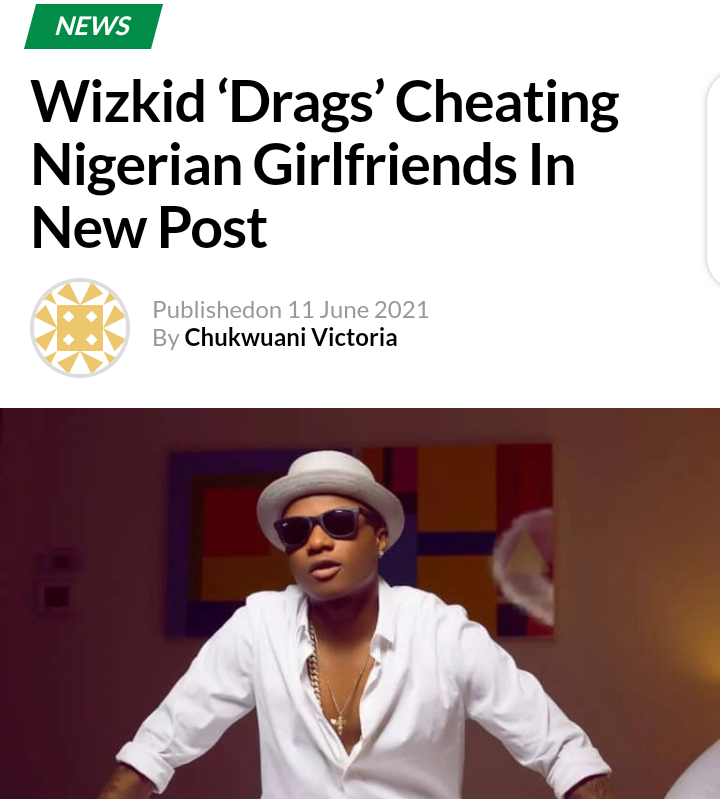 Award-winning Nigerian singer, Ayodeji Balogun, better known as Wizkid, has thrown a subtle shade at ladies who cheat on their boyfriend.

In a post shared on his Snapchat, the father of three, pointed out some of the attitudes depicted by these kinds of ladies before they go to bed at night.

According to Wizkid, a girlfriend who’s cheating will send a good night message to her lover and send a message to another guy over her inability to sleep. 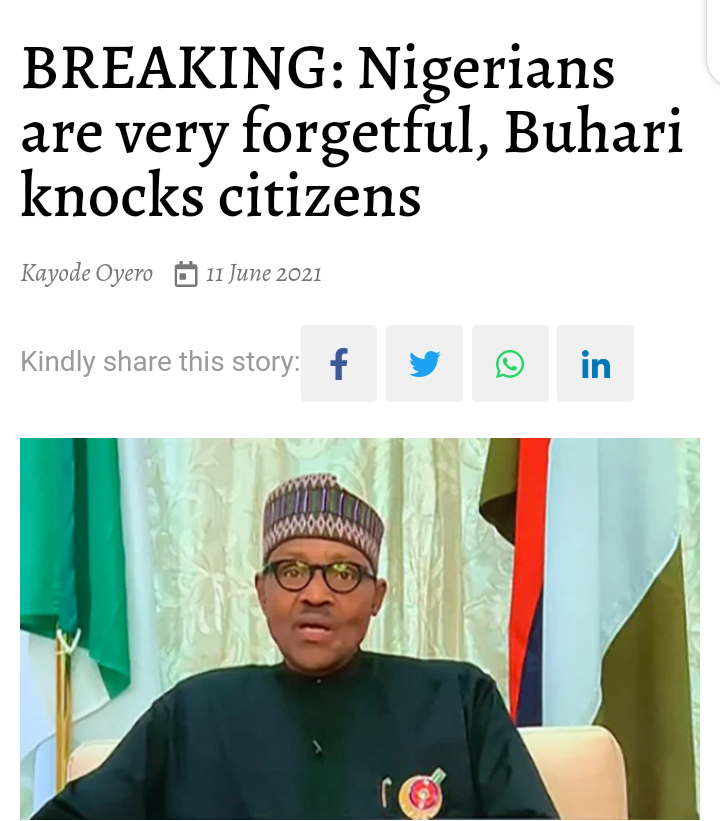 The President, Major General Muhammadu Buhari (retd.), on Friday, slammed Nigerians, saying they are very “forgetful” of the “achievements” of his regime in the last six years.

He also said those who want to criticise him should do it objectively.

Buhari, who spoke on Friday evening during an interview aired on NTA, said “this administration has tried” since it came into power in May 2015.

When asked about the anti-graft fight of his government, Buhari said his administration has done relatively well in bringing corrupt politicians to book. 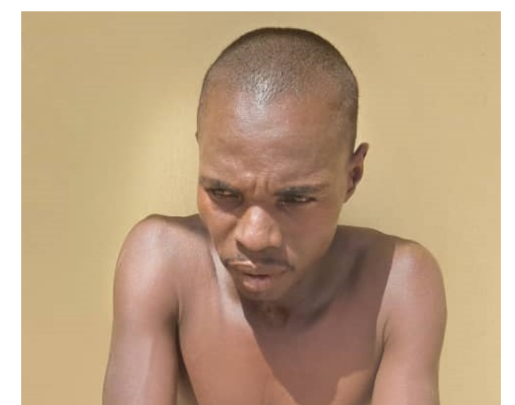