Killing Of Soldiers & Destruction Of Over 70 Houses In Imo: Is Uzodinma Ready To Punish Culprits?

By Specialty (self media writer) | 3 months ago

The news of the killing of soldiers & destruction of over 70 houses in Imo State has led to various reactions as many Nigerians have reacted to the ugly incident. 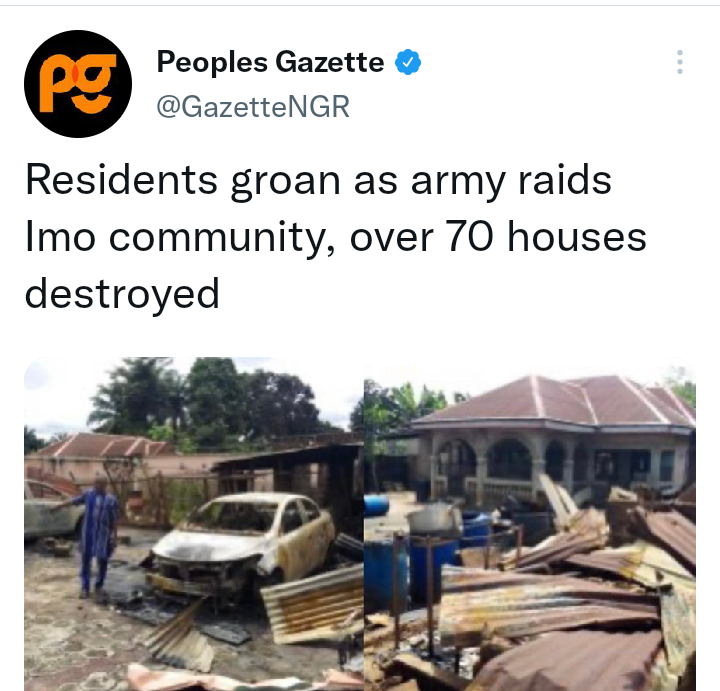 An army raid on illegal oil bunkerers at Izombe community in Oguta Local Government Area of Imo on Friday left many residents homeless as over 70 houses were razed and properties worth millions of naira were destroyed.

Two security operatives and a resident were said to have been killed in the raid.

Nevertheless, Governor Hope Uzodimma of Imo State has decried the killing of two army personnel and statesmen at Izombe in Oguta Local Government Area of the state at the weekend.

Uzodinma who criticized the act on Monday at the Government House in Owerri while addressing journalists in the company of military and police authorities vowed that the perpetrators of the mayhem would be unmasked and brought to justice. 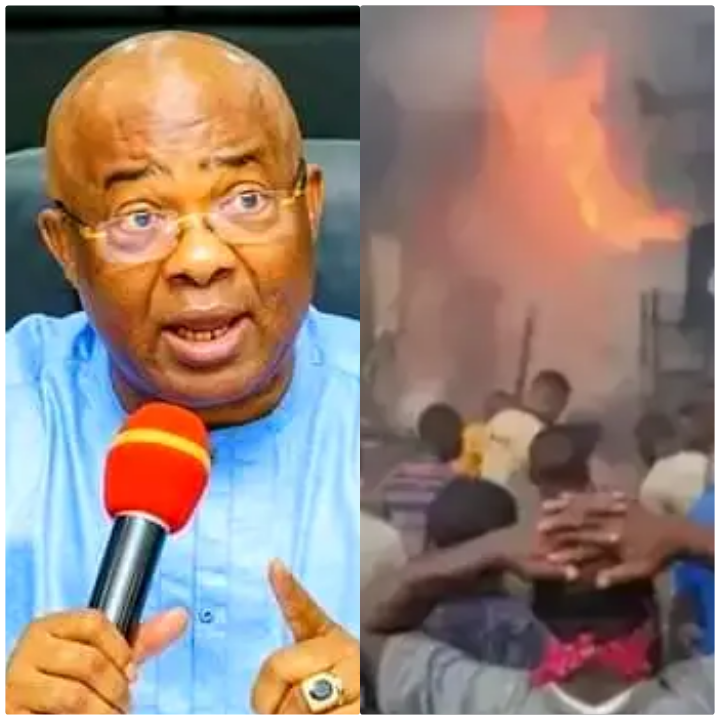 However, is Governor Hope Uzodinma ready to punish culprits involved in the killings of Soldiers in Izombe in Oguta Local Government Area?

Firstly, killing a security operative is atrocious and against Nigeria's constitution. Those involved in the killing of two soldiers will surely pay for their action. I believe that Governor Uzodinma is ready to punish all those involved in the incident irrespective of who is involved. 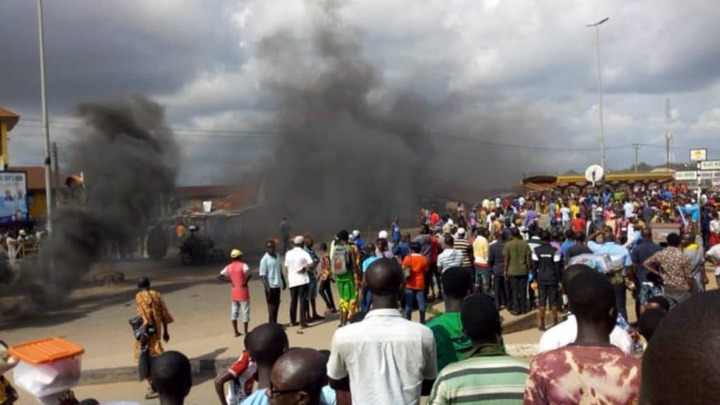 Secondly, Uzodinma is the Governor of Imo State and he will make sure that justice is served to those who killed two soldiers in Izombe community. I believe that Uzodinma will do everything possible to ensure that the culprits are arrested immediately and prosecuted.